Aneta Brodski is an Israeli-born teenager living in Queens, New York. She is passionate and driven and well liked by her high school classmates. Unique among her classmates, Aneta longs to fully participate in the hearing world.

While she is proud of her deafness, she does not want to be defined by it. She longs to be understood by everyone around her in the bustling city. Some of her classmates feel that Deaf culture is — and should be — claimed by a fierce embrace of deaf identity and respect for the unique beauty of its language.

At her school, Aneta joins an extracurricular program to learn American Sign Language poetry. She and her fellow students gradually find their inner voice in the poems they create. Aneta’s world opens up as she is tantalized by the possibility of competing in a poetry slam with mostly hearing competitors.

With ties to rap and hip-hop culture, the U.S. National Poetry Slams for youth have gained momentum across the country, highlighting a highly verbal and rhythmic form of self-expression. Aneta is one of the first deaf youth to participate in a major slam event, and despite some initial anxiety about how the deaf performers might be received, she courageously takes the stage.

In a remarkable twist of fate, Aneta meets and then collaborates with Tahani — a hearing Palestinian slam poet. They create a hearing/deaf duet touching on their shared personal and cultural experiences — generating a new form of slam poetry that crosses boundaries, cultures, and languages.

Judy Lieff is a filmmaker and teacher. After a career as a professional dancer, she earned an MFA in dance and experimental film/video from the California Institute of the Arts. She began her relationship with the Deaf community through the making of an award winning experimental film Duties of My Heart, featuring Terrylene Sacchetti, one of the poet mentors featured in Deaf Jam. Judy is a six-time grant recipient for dance/media projects including a National Dance/Media fellowship from the Pew Charitable Trusts.

Behind the Scenes of Deaf Jam with Director Judy Lieff 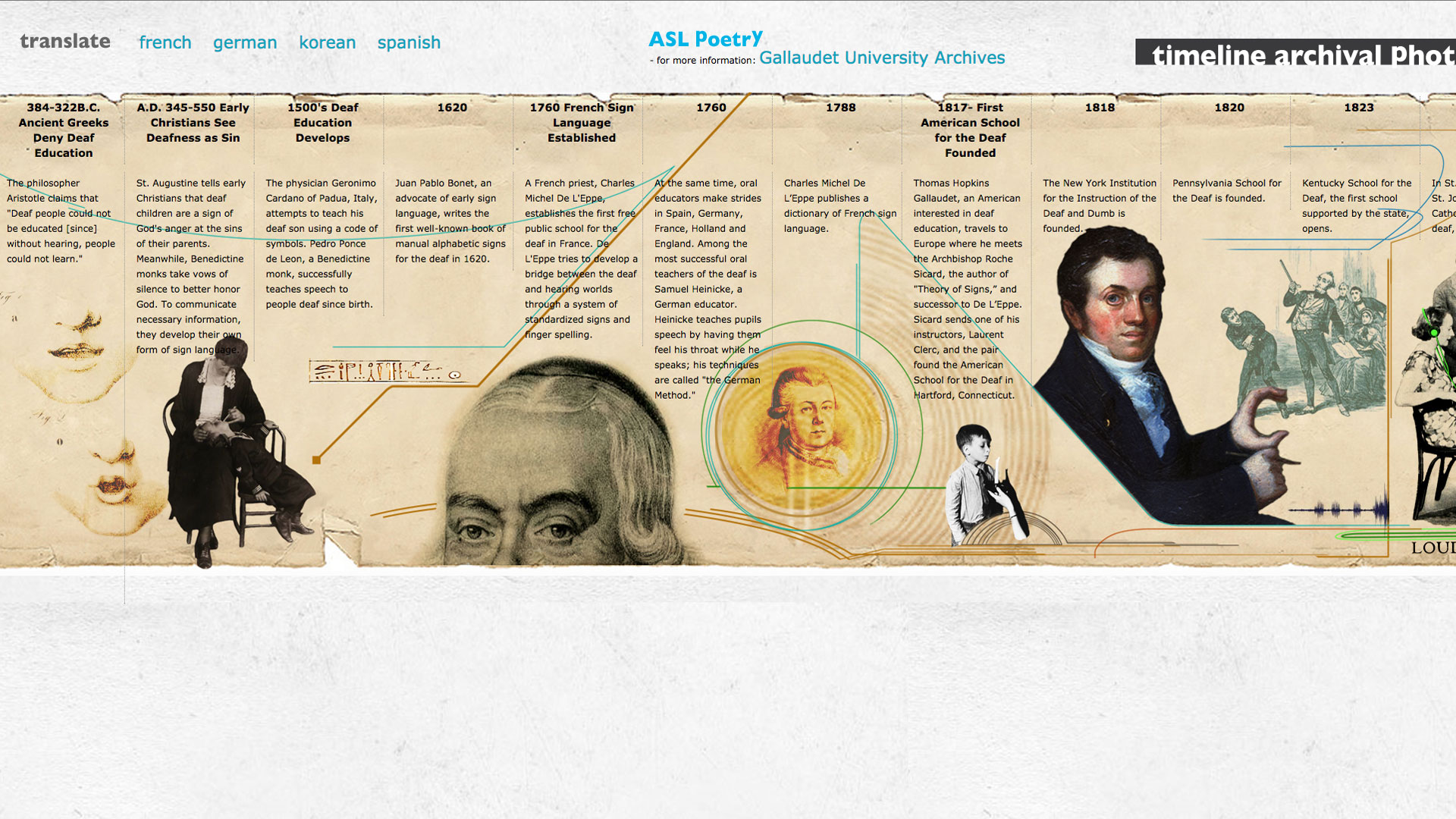 A History of Deaf Rights, Culture, and Language

Should American Sign Language Poetry be included in poetry and literature curriculum of U.S. schools?