In the Shadow of Ebola

In the Shadow of Ebola is the gripping story of a Liberian family kept apart by the Ebola outbreak in a nation still reeling from the chaos of civil war.

In the Shadow of Ebola is the gripping story of a Liberian family kept apart by the Ebola outbreak in a nation still reeling from the chaos of civil war.

We follow the struggle of Emmanuel Urey and his family, living divided between the U.S., where Emmanuel is on scholarship at the University of Wisconsin, and Liberia. As the Ebola crisis unfolds, Emmanuel’s loved ones remain isolated at their home in Monrovia, where the government has shut down, schools and markets have closed, and food prices keep rising.

With fourteen years of civil war throughout the 1990s and early 2000s still a fresh memory, many citizens find themselves distrustful of the Liberian government’s response to the outbreak, which initially involves quarantines and curfews violently enforced by the military. Emmanuel races against the spreading virus and mounting civil unrest to evacuate his family as the death toll climbs and international aid remains scarce.

In the Shadow of Ebola peels back the shroud to reveal what it was like on the streets of a capital caught unprepared to battle an outbreak of this magnitude.

Gregg Mitman is an award-winning author, filmmaker, and teacher whose scholarship explores the changing relationships between people and environments over time. Trained in ecology, environmental history, and the history of science and medicine, Mitman holds a distinguished research chair at the University of Wisconsin-Madison. His work on the history of Firestone and biomedical research in Liberia offers an informed perspective on the Ebola crisis that has appeared in the New England Journal of Medicine and on public radio. Mitman is founder and director of Madison’s popular environmental film festival, Tales from Planet Earth, and has taught environmental film production with award-winning filmmakers including Judith Helfand, Alex Rivera, and Sarita Siegel. Mitman was Executive Producer on Fire Burn Babylon, which won the Audience Award for Best Documentary, Freestyle Life Film Festival 2012; Bronze Palm Award, Mexico International Film Festival 2010; and Honorable Mention at the COMMFFEST MADA Awards, Toronto 2011. The trailer for Mitman’s new film A Film Never Made won the 2014 International FOCAL Award for the best use of archival in a short production.

With an educational background in physical anthropology and religion, Sarita Siegel gravitates to stories that lie at the intersection of cultural worlds. Siegel established Alchemy Films in San Francisco in 1994. She wrote, directed, and produced Destroying Angel (1995) and The Beloved (1997). In 2002, she co-produced The Split Horn, a one-hour special for PBS, and wrote, directed, and produced the award-winning The Disenchanted Forest for National Geographic. Siegel was associate producer for The Real Dirt on Farmer John (Independent Lens, 2006) and produced, directed, filmed, and edited Fire Burn Babylon. Siegel is co-directing and producing with Gregg Mitman A Film Never Made, and Outspoken, a documentary that highlights conscious MCs from around the globe who use rap poetry to fiercely defend political freedoms and human rights.

Alexander Wiaplah (Ush) worked as the production manager for Liberia Broadcasting System National Television Station, the state broadcaster of Liberia, which was closed for 15 years during Liberia’s civil war. Over the last six years, Alex has been working on a series of international and national projects, which include documentaries, television shows, and music videos. Over the past two years, he has been camera operator and cinematographer on film shoots in Liberia for A Film Never Made. Alex is one of the founders and CEOs of Kreative Mindz Studio, where he has also worked as a cameraman, producer, director and an editor. In addition, he has worked for some of the top broadcast stations worldwide, including CNN, NBC News, ARD TV, and ITN Channel 4. 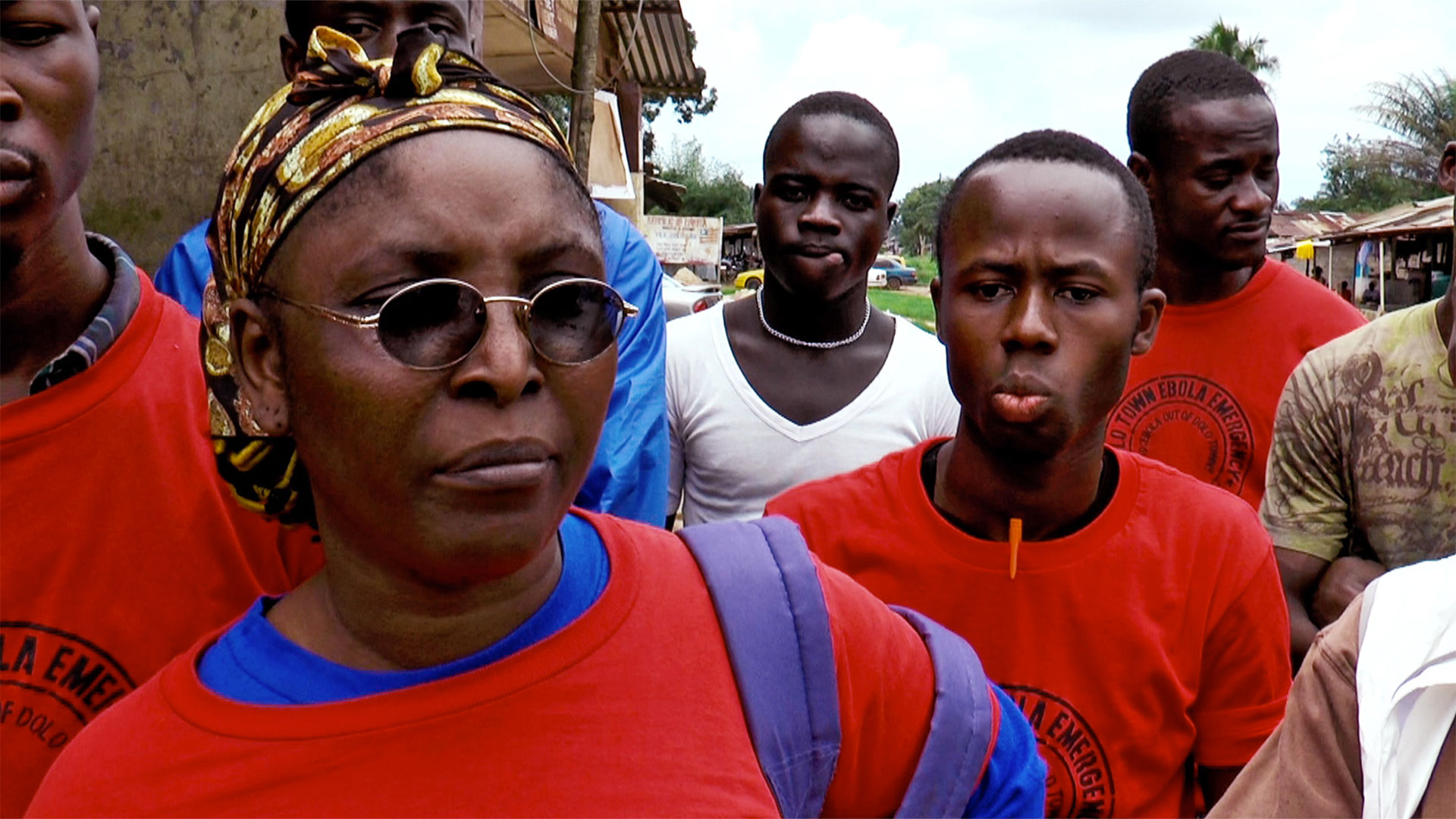 What would you do to protect your family in the event of an outbreak? Do you know anyone who was affected by Ebola? After watching this film, has your perspective changed on how public health crises are handled?