Set against the sweeping panoramic vistas of the high plains, Indian Relay explores one of the most competitive, dangerous, and thrilling forms of horse racing practiced anywhere in the world today.

An exhilarating mix of high-speed daring and exquisite horsemanship, Indian relay is a sport widely enjoyed and practiced by men and women from tribal nations across the Rocky Mountain West. Each race begins with up to eight athletes riding bareback around a track at full gallop. After one lap, barely slowing down, the riders leap from their speeding horses to a second set of horses. Each team’s handlers must then catch the first horse or risk being disqualified, creating a chaotic melee of 32 people and 24 race horses in the middle of the track. After another top-speed lap and another daring horse change, the teams race for the finish line at speeds topping 40 miles an hour.

Indian Relay follows teams from the Shoshone-Bannock Nation in Idaho, and the Crow and Blackfeet Nations, both of Montana, as they prepare for and compete across a grueling Indian relay season — all hearts set on the glory and honor of winning the National Championships. While they are rivals on the track, the young relay racers share a deep bond through their love of the sport and pride in their Native traditions. As the film traces triumphs and setbacks during the course of the racing season, their strength and determination shine through, and serves as a beacon of hope for the families and their communities.

Charles Dye is an award-winning filmmaker, a husband, and a father based in Bozeman, Montana. He holds an MFA in Science and Natural History Filmmaking from Montana State University’s School of Film and Photography. His previous projects include Before There Were Parks: Yellowstone and Glacier through Native Eyes, which appeared on PBS and won two regional Emmy awards; A Cat Called Elvis about his search (with his family) for snow leopards in ethnically-Kazakh western Mongolia; and Last of the Gum Men about Guatemala’s few remaining chicleros. Since 1996, Charles has mentored hundreds of young filmmakers in programs such as National Geographic Student Expeditions, Seattle’s 9-1-1 Media Arts Center’s Media Underground, Pennsylvania’s BCTV FilmCamp, Tucson, Arizona’s Voices: Community Stories Past and Present Project, and Montana State University’s TerraPod and Montana Apprentice Program. He’s also taught in Montana State’s School of Film and Photography. 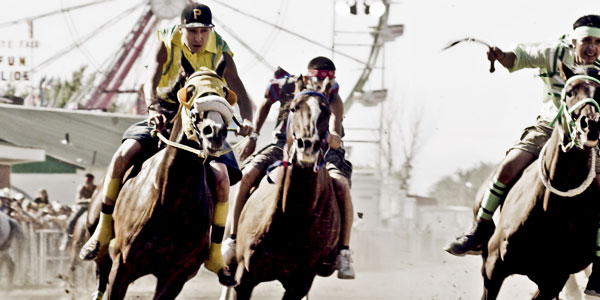 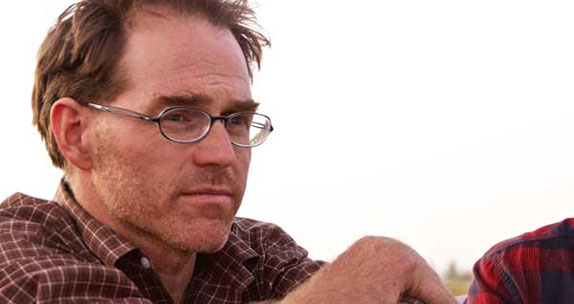 Have you ever watched the sport of Indian relay before? How important do you think it is to keep traditions like this alive as connections to the past?