Filmed over nearly three years, Waste Land follows renowned artist Vik Muniz as he journeys from his home base in Brooklyn to his native Brazil and the world’s largest garbage dump, Jardim Gramacho, located on the outskirts of Rio de Janeiro. There he photographs an eclectic band of catadores — or garbage pickers. The catadores are the ultimate marginalized population; unemployed in any traditional sense of the word, they resort to picking valuable recyclable materials from the garbage thrown away by those in Brazil more fortunate than themselves. But they display remarkably good spirits and camaraderie in the face of their lot in life, forming friendships and, in the case of the elderly Valter, declaring the crucial and meaningful role they play in remediating the results of the modern culture of overconsumption and careless disposal. Under the leadership of the young, charismatic picker Tião, they have even created a co-operative to pool their labor and resources to maximize their income.

Vik Muniz, a Brazilian artist known for using unconventional materials to create portraits of marginalized people, set out to “paint” the catadores with the garbage they spent their days sorting through. But upon meeting the amazing characters who work at the landfill, he decides to turn the project into a collaboration with the catadores themselves. He photographs the pickers individually at the landfill itself, and then projects the images he’s captured onto the floor of a massive warehouse nearby. Then he works with the catadores to gather recyclable items from the dump and use these discarded things to recreate the images on the floor. In the end, vibrant, complex, and essentially human portraits emerge, revealing both dignity and despair as the catadores begin to re-imagine their lives.

Muniz doesn’t just talk about the transformative power of art, but puts it into action in Brazil. He decides that all proceeds from the photographs he creates of the finished pieces go back to the catadores, which they use to improve their living conditions, go to school, invest in the co-op, keep their trucks in working order, and even build a library. The pickers report that the project has helped lift some of the social stigma surrounding their profession, and the Brazilian government is now using the film to promote recycling nationwide. 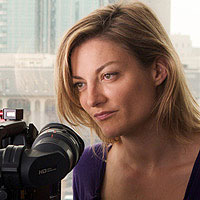 Lucy Walker uses dramatic filmmaking techniques to make documentary films, following memorable characters on transformative journeys that grant unique access inside closed worlds. In addition to Waste Land, Walker directed a second feature documentary that premiered at Sundance 2010 and was recently released in theaters: Countdown to Zero, a terrifying exposé of the current threat of nuclear terrorism and proliferation. Walker's previous films include Blindsight, and Devil's Playground, and she has directed for Nickelodeon's Blue's Clues, for which she was twice nominated for Emmy Awards for Outstanding Direction in a Children's Series. 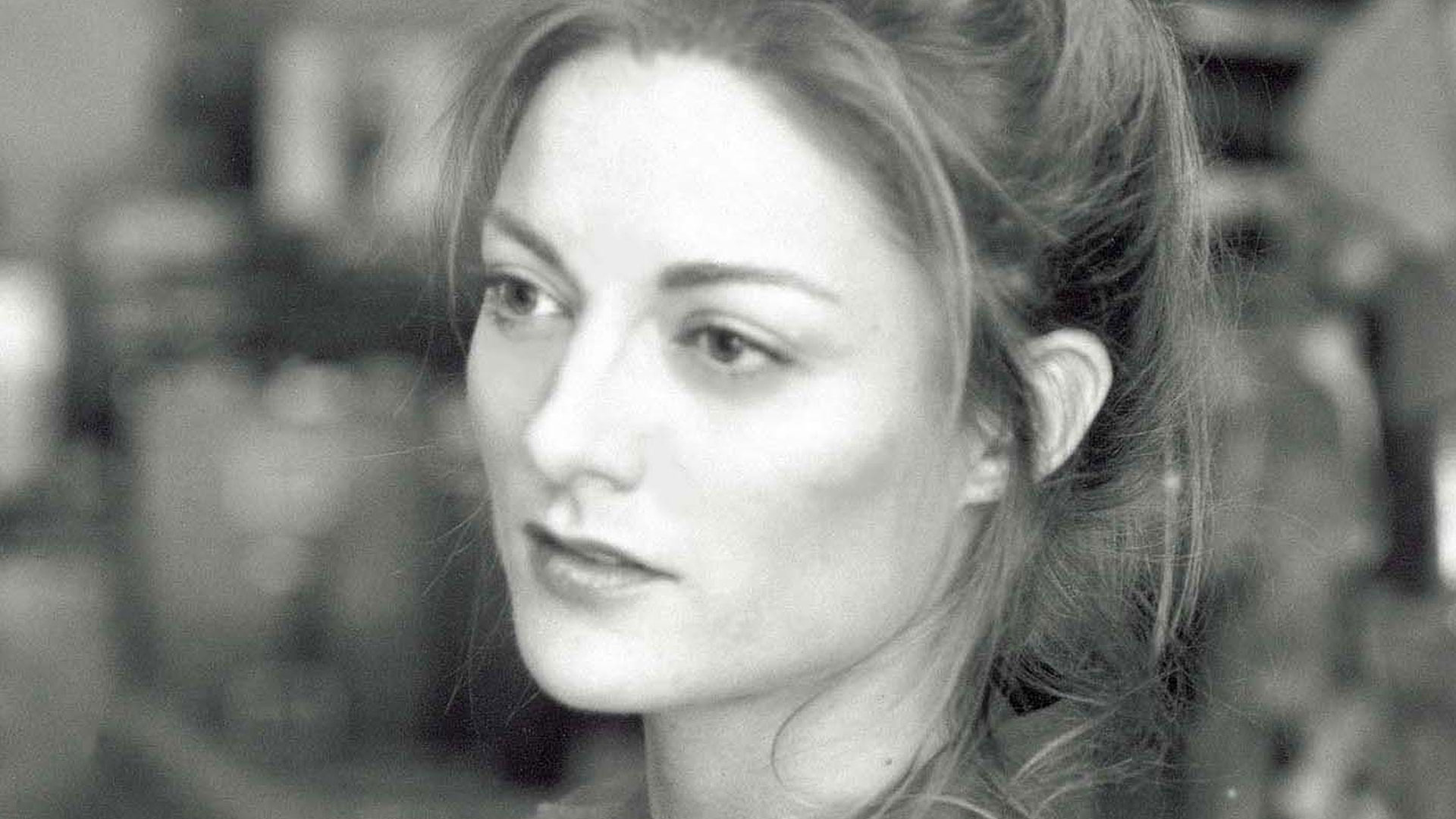 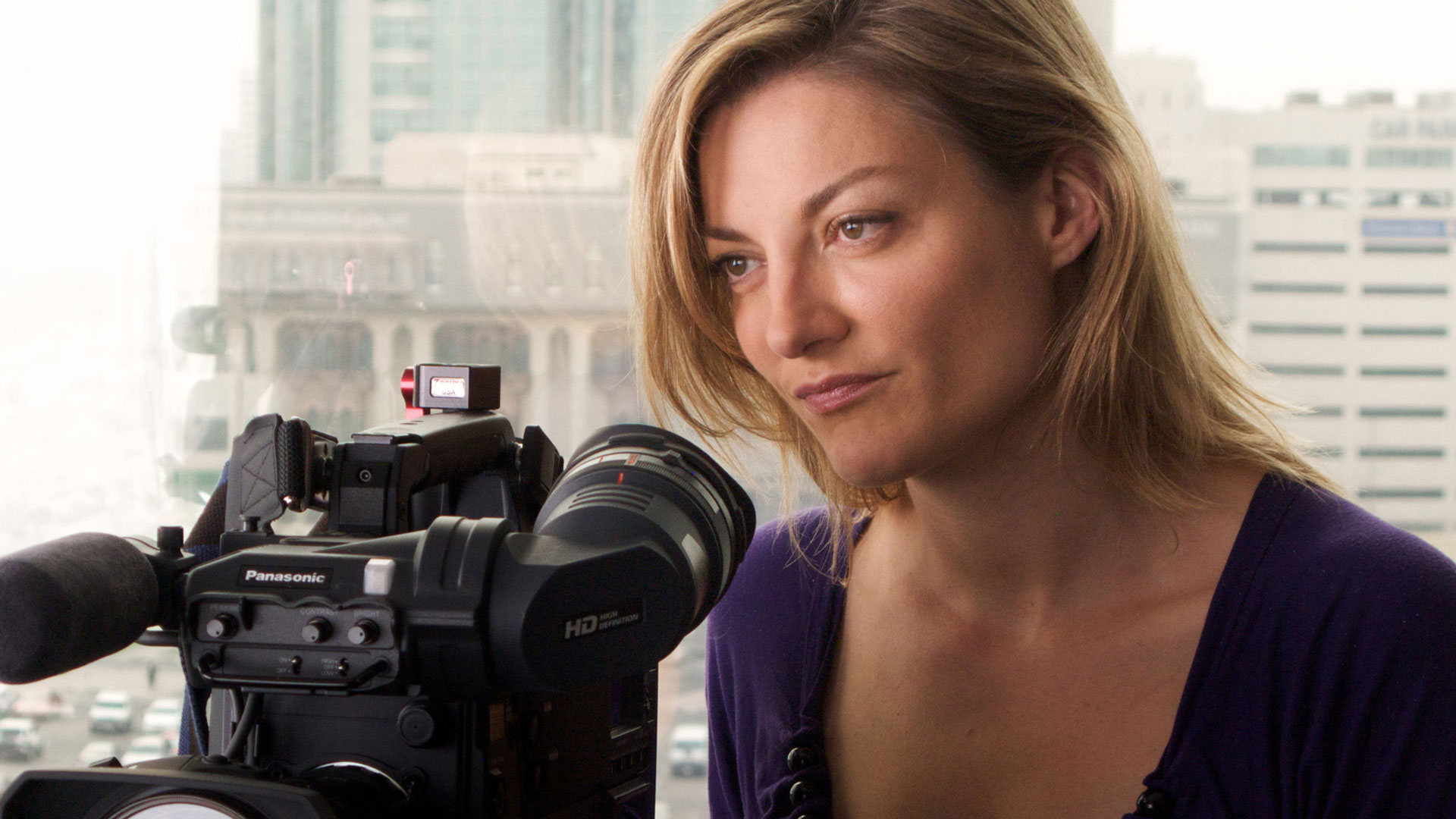 Much of Vik Muniz’s art involves collaboration with — and financial benefit to — his subjects, who are often poor and disenfranchised. Do you believe art should serve its subjects? Should Leonardo da Vinci have shared profits with, for example, the mysterious Mona Lisa?