Roger Wagner: 'I Wanted to Say Thank You to This Hero in My Life'

Roger Wagner on meeting the doctor who saved him.

PBS: As you’re reflecting on your first interaction with Dr. Katz, you say to Ann, “As I matured and I got older, and I realize what [Dr. Katz] really had done for me, I wanted to thank him.”

Can you tell us more about this moment for you and when you knew you wanted to find him again? 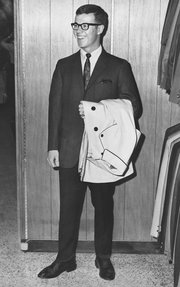 Roger Wagner: Try and appreciate that I was just a 21-year-old kid from rural Minnesota. I didn’t have very much medical knowledge and when you get told because of a bullet in your leg they were going to have to take it off, you really cannot comprehend what the reason could be for such a drastic thing to happen. My wound had hardly bled, I guess because the bullet kind of blocked blood from escaping. Then later that day I woke up and amazingly I still had both legs - what? It all happened so fast, it was a blur.

When I asked about it I was only given a brief explanation by the hospital personnel on duty. It wasn’t until a day later, when I actually met Dr. Katz, that he gave me an explanation of what he had done. I really only understood it in basic terms: Take a vein from one leg and splice it into the severed artery of the other leg. OK, he made that sound pretty easy.

"It stayed with me that I never really got to say thank you properly."

It wasn’t until I got back to my hometown and saw my family doctor that I really understood just what Dr. Katz had done and how difficult it was. My family doctor told me back in 1968 he didn’t know of any doctor that could do such an operation. I found out from Dr. Katz when we met that actually this type of operation had been done as early as the Korean War. The important thing is to get to the wound as soon as possible. Battlefield wounds make that difficult. The more I talked to medical personnel over the years, and especially at the [Department of Veterans Affairs], I really got a grasp of just how amazing this really was. 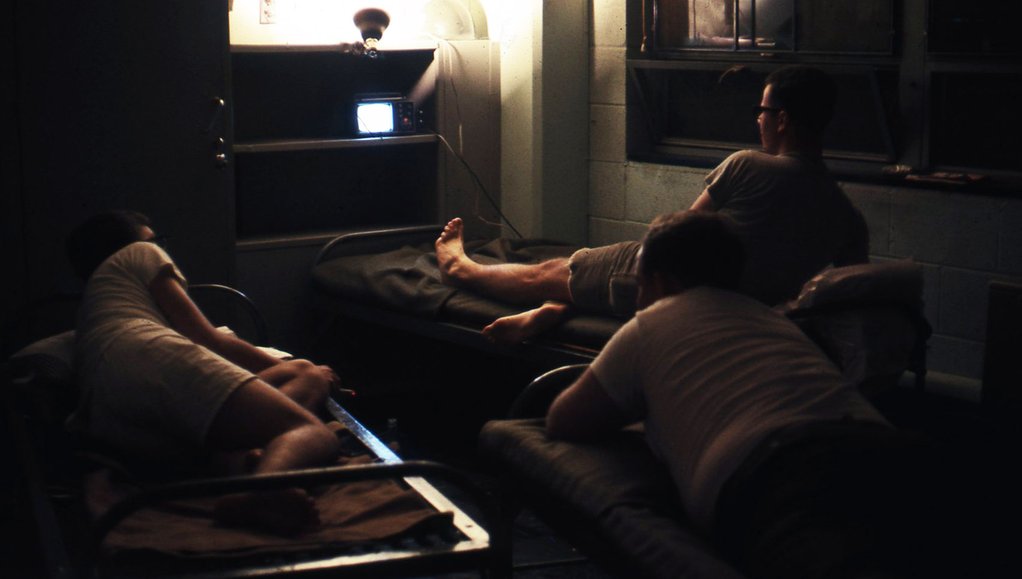 As for when I wanted to find Dr. Katz again and get the opportunity to thank him, well that really has been with me from the time I left Vietnam. I am sure I said thank you when I first met Dr. Katz, but I really didn’t have much time with him while in Vietnam. He would stop in to see me, talk a little and be gone; he was very busy, I am sure. I think I only talked to him two or three times. This is a man obsessed with his work, not one to stand around and talk much when there were lots of wounded boys waiting on him. Then all of a sudden, one day they came in and took my entire ward and loaded us all on helicopters and away we went. I was sent to Japan and then back to the states after a month there. It stayed with me that I never really got to say thank you properly. 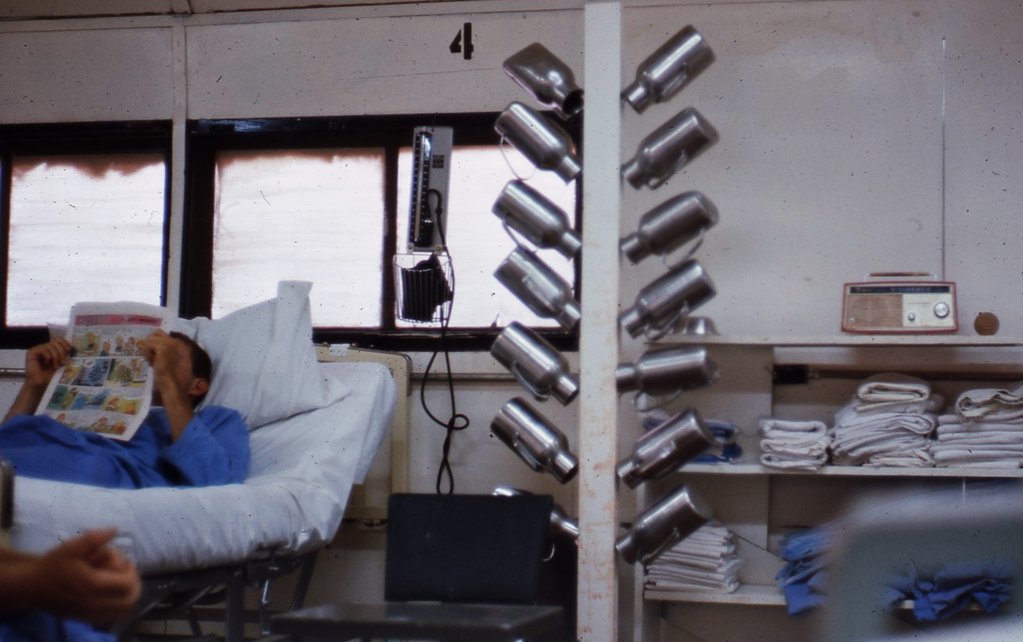 A hospital ward in Vietnam.Courtesy Photo

As I grew older and the real issues in life become more important, meeting Dr. Katz again became more important. I spent hours on the internet in later years trying to find a Dr. Katz. I found doctors doing various types of medical practices, but with only his last name I was not having much luck. I figured he would have to be someone doing surgery, but could only come up with dentists, plastic surgeons, veterinarians, etc. with the last name of Katz.

I was beginning to think that I did not remember his name correctly or that I had waited too long. I just could not make a connection with anything on my own. When I saw “We’ll Meet Again," I sent the letter off the next day. Dr. Katz is everything I imagined him to be and even more than the person I remembered. This entire experience has been fantastic. I just hope I have given back to the show enough for their purposes, I could never repay them for what they have done for me. 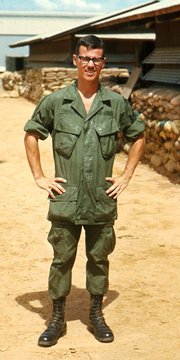 PBS: After all the time that has passed since you first met Dr. Katz, what did you imagine your conversation with him would be like? What was going through your mind in the days leading up to meeting him?

Roger: Everything about my effort in writing in to “We’ll Meet Again” was about being able to thank a person that did an operation on me in Vietnam that saved my leg from being amputated. In some respects I did not play out what it was actually going to be like to meet him. Would I just be starstruck and not able to speak? Just how emotional would it be for me? I had no idea. I just knew I wanted to say thank you to this hero in my life.

"The world is a much better place because of people like him."

Of course, what actually happened when we first met was like seeing an old friend. We both immediately felt comfortable and started asking and answering questions we had for each other about the surgery. I had no idea that he had created a slide show of it and had presented it several times. I now know that he was just as curious about me as I was about him. In fact I have followed up several times with him with more information about me for his presentation. I remember very well him telling me in Vietnam that “someday I was going to get him a very good job." I guess my surgery was special for him too and just maybe it did indeed help him get a very good job. The world is a much better place because of people like him.

PBS: While speaking with Ann you mention that it was difficult for you to recall what Dr. Katz looked or sounded like though you did remember that he was a young surgeon who appeared to be a “kid” like you.

The first time you see him again is when you visit the Newseum in Washington, D.C. and see his photo on the wall of the exhibit. How did that feel for you?

Roger: Fifty years is a long time and over the years I had completely lost any memory of what he looked like. Before going into surgery I was told that they were going to have to remove my leg. When I first met him after my operation I was a little surprised that someone that young had done a surgery capable of allowing me to keep my leg.  However, when I saw the photograph of him at the Newseum exhibit it made perfect sense to me that this was Dr. Katz.

To be honest, I don’t think I could have picked him out of a lineup of three people, but it was perfectly acceptable to me that he was the guy. When I saw his photograph, it wasn’t so much that I now knew what he looked like again. It confirmed that I had indeed remembered his name correctly, for don’t forget, all I remembered was that his last name was Katz. I was beginning to wonder if I had remembered it correctly. 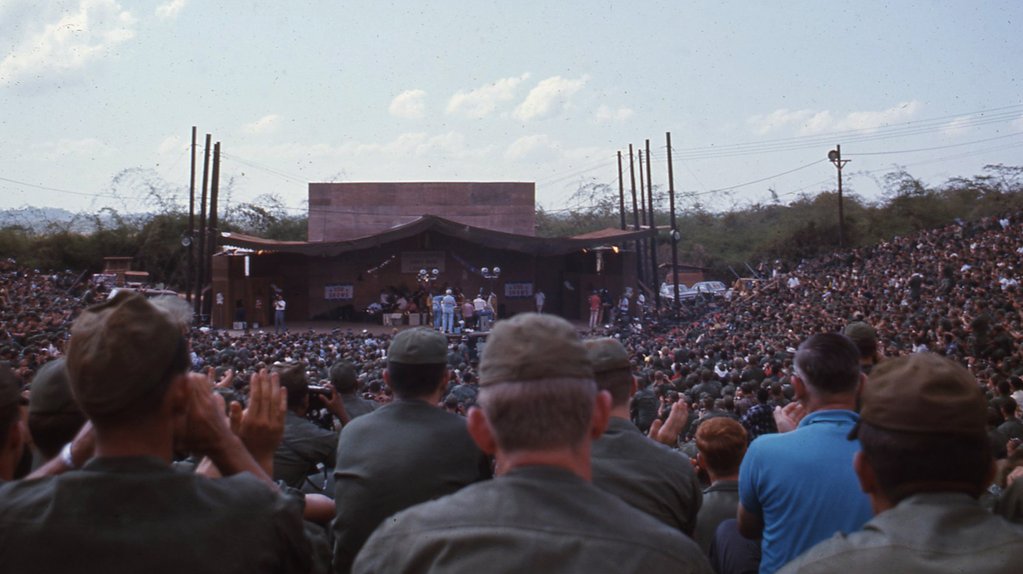 The fact that he contributed to the exhibit at the Newseum gave me an idea that he must still be alive and that the chance was starting to look good that I would indeed get to maybe meet him in person. Later that day, at the Newseum, I met with someone who told me she had just talked to him a couple of days before. That was the first confirmation that he was still alive and people knew where he lived and worked. I was getting really excited.