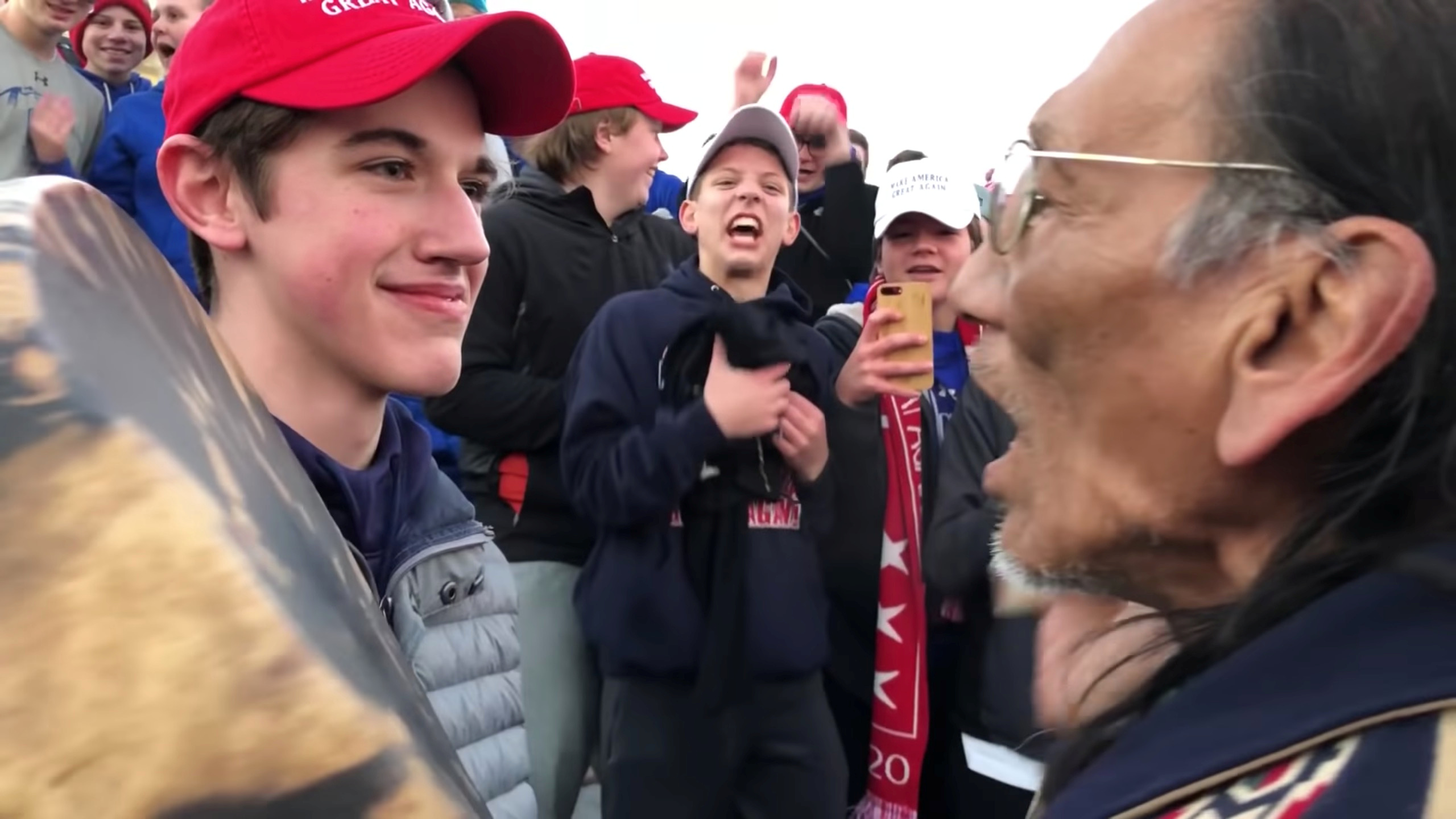 A student from Covington Catholic High School stands in front of Native American Vietnam veteran Nathan Phillips in Washington, U.S., in this still image from a January 18, 2019 video by Kaya Taitano. Kaya Taitano/Social Media/via REUTERS ATTENTION EDITORS – THIS IMAGE HAS BEEN SUPPLIED BY A THIRD PARTY. MANDATORY CREDIT. NO RESALES. NO ARCHIVE. – RC1618EDA640

Read the summary below, watch the Facebook Live interview and answer the discussion questions. If time is an issue, choose the questions that work best for your class.

Update: On, Feb. 13, 2019, The Washington Post reported that the Diocese of Covington found no evidence of “racist or offensive” statements by Covington students. What methods did the Diocese (a territory/group of churches under the jurisdiction of a bishop) use to conduct their investigation? How does this differ from what the Diocese first said on the matter? Do you agree with their findings? Explain.

In January, a video sparked outrage online showing a confrontation between Covington Catholic High School student Nick Sandmann and his classmates, and Omaha Nation elder Nathan Phillips on Friday at the Lincoln Memorial in Washington D.C. The students, many of whom wore “Make America Great Again” hats, gestured toward Phillips by making tomahawk chopping motions, while Sandmann stood directly in front of Phillips, smiling. Phillips faced off with Sandmann and the other students while chanting and playing a drum.

The immediate reaction to the viral video (see below; note: strong language towards the end), which involved public shaming from the left and a strong defense strategy from the right, lead student Nick Sandmann to issue a public statement on Monday. Sandmann stated he had been the victim of a grave mischaracterization and has received death threats over social media as a result.

Sandmann said he smiled at Phillips at one point in order to diffuse the situation. He also said Philips should “rethink his tactics of invading the personal space of others.” Sandmann also appeared on NBC’s “Today” show on Wednesday:

“As far as standing there, I had every right to do so. My position is that I was not disrespectful to Mr. Phillips. I respect him. I’d like to talk to him…But I can't say that I'm sorry for listening to him and standing there.” Nick Sandmann on if he owes anyone an apology pic.twitter.com/iiVqPtltjf

Phillips appeared on NBC’s “Today” show on Thursday. “Even though I’m angry, I still have that forgiveness in my heart for those students,” he said, “And that forgiveness even goes to those chaperones, those teachers who should’ve just said, ‘you students, this isn’t the place.’”

“Yesterday I woke up with all kinds of good feelings in my heart. For all those who’ve been mean to me, I want to forgive them.” -Nathan Phillips pic.twitter.com/w2QMjbzX45

The Roman Catholic Diocese of Covington and Covington Catholic High School issued a joint statement over the weekend apologizing for the incident, saying the students may be punished if any wrongdoing was determined.

Watch NewsHour’s Facebook Live interview with Indian Country Today’s Mark Trahant and Jourdan Bennett-Begaye, on how we should look for the teachable moments and opportunities to build bridges between different communities. 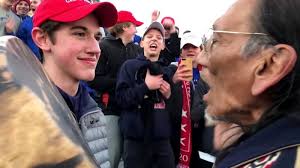 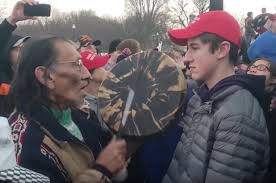 Sign up for NewsHour Classroom’s ready-to-go Daily News Lessons delivered to your inbox each morning of the school year. Fill out this form to share your thoughts on today’s lesson.