Directions: Read the summary, watch the videos and answer the discussion questions below. You may want to turn on the “CC” (closed-captions) function and read along with the transcript here.

Summary: Firefighters contained a major fire at Paris’ Notre Dame Cathedral on Monday. Throngs of tourists and locals gathered nearby to watch and take images of a massive fire that engulfed parts of the 12th-century landmark. Paris fire commander Jean-Claude Gallet said hundreds of firefighters were able to stop the flames from spreading to the north tower belfry and the structure was saved from total destruction. Major renovations were underway to address cracks in the foundation which inspectors think is the probable cause of the fire.

The many works of art inside the cathedral include three stained-glass rose windows. A Catholic relic, the crown of thorns, was placed on display for Lent, which begins this week. “Like all our countrymen, I’m sad tonight to see this part of us burn,” French President Emmanuel Macron said in a tweet; however, he said that the cathedral will be rebuilt through a national fundraising campaign.

1) Essential question: What does the public reaction of the Notre Dame fire say about the power of medieval cathedral architecture?

2) What do government officials know about how the fire started? Given the age of the Notre Dame cathedral, why was it important for the firefighters and inspectors to have specific knowledge about how to fight the fire?

3) Cathedrals built in the Gothic style (1100s-1400s) like Notre Dame are enormous and stunning. But what more do you know about them? When did you first learn about the Cathedral of Notre Dame?

4) Why did medieval cathedral architecture play such a vital role in European history? What role do cathedrals play today?

5) Knowing the significant costs involved, do you think cathedrals including Notre Dame should be maintained and preserved? How about rebuilt after cases of significant destruction like fires? Explain your response.

6) Media literacy: In a story like the Notre Dame fire, is it still necessary to check various sources? Why or why not? How is it possible for a source to be biased even in a story like the Notre Dame fire? How could that bias be exhibited? (Don’t guess–check a few sources to see for yourself! What headlines do you see? Who is interviewed? Is speculation involved on the part of the reporters? Does the reporting include facts about the incident and the history of the Cathedral?)

1. Architecture has long played a role in cultures throughout the world. Why do you think that is the case? Cathedral architecture remains one of Europe’s greatest accomplishments with travelers flocking from all over the globe to learn how the buildings were constructed and to marvel at their beauty. Learn more about medieval European architecture with this article (includes Cathedral layout and details of those who actually built the cathedrals) by the BBC and video by France 24. Would it surprise you to know that:

Cathedrals in the Middle Ages weren’t the quiet, reverential places of worship we know today. -BBC

Ask your students the following questions:

2. Take a look at the images of Notre Dame cathedral. What do you see? What figures do the statues represent? What do terms like flying buttress, stained-glass/Rose Windows, spires and gargoyles mean? What do you think were the challenges involved in building a cathedral? If a society or a community decide they want to preserve an historic building, why is maintenance of it necessary? What are the challenges involved in preserving and maintaining cathedrals? 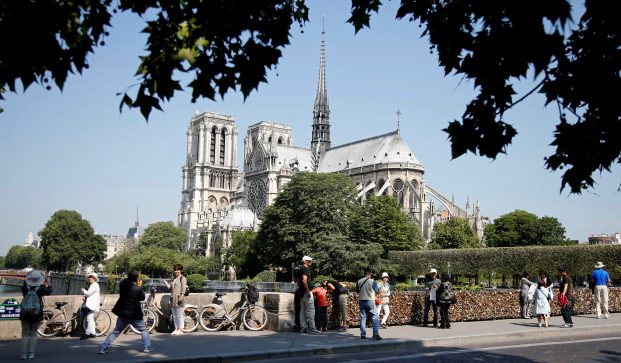 Tourists stand on the Pont de l’Archeveche bridge, which is covered with thousands of padlocks, called love locks, near the Notre Dame Cathedral during a sunny morning in Paris, France, June 11, 2015. REUTERS/Charles Platiau 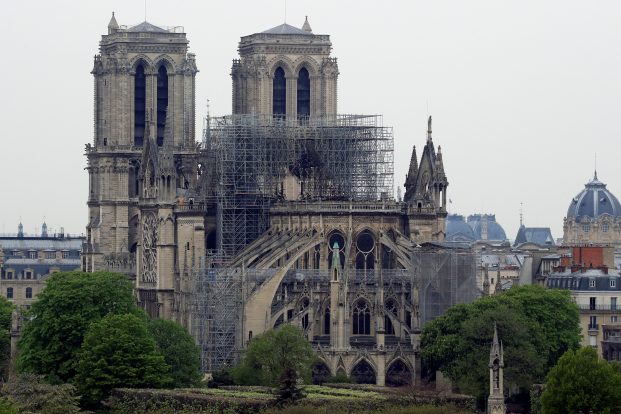 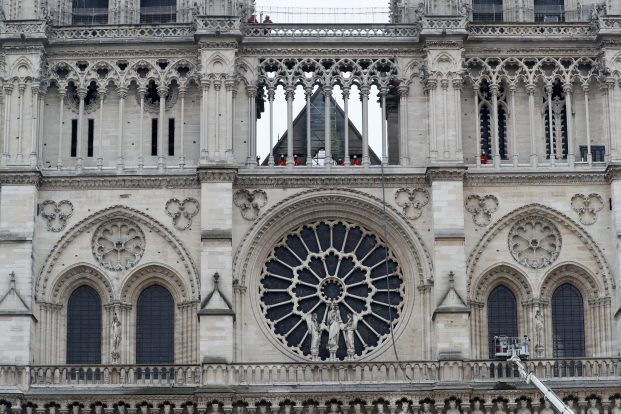 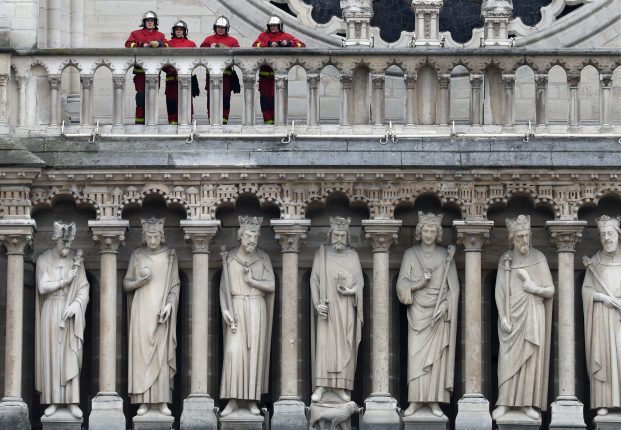 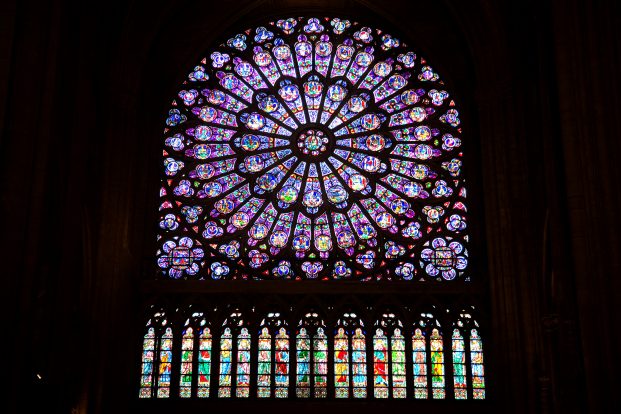 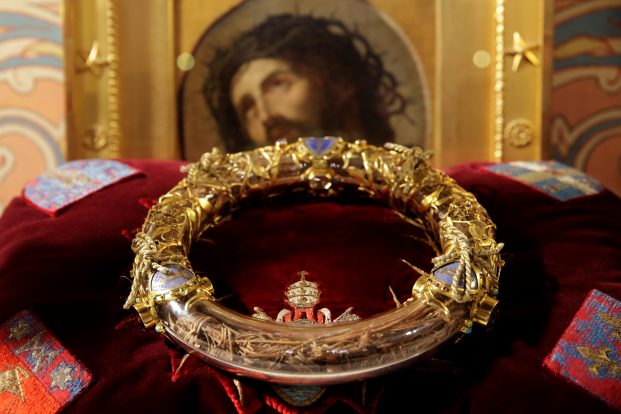 Holy Crown of Thorns is displayed during a ceremony at Notre Dame Cathedral in Paris March 21, 2014. REUTERS/Philippe Wojazer 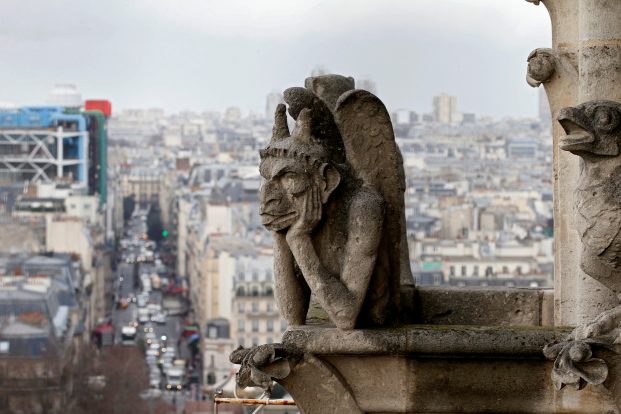 Follow-up activity: Have your students learn more about the history of one of the churches or cathedrals in their town or nearby city. You may use another house of worship as well. For example, in Washington D.C., on the campus of Catholic University of America, stands the Basilica of the National Shrine of the Immaculate Conception. (Here the term basilica refers to an official designation given by the Pope to a large and important Catholic church.). When was it built? What are some features that visitors appreciate? Why might the religious architecture be an important element to Catholics?

3. Watch these two PBS NewsHour videos, which delve into the cultural and religious significance of the Notre Dame Cathedral, and provide personal perspectives on the reaction to the fire.