Directions: Watch the short video clip featuring reporting by Amna Nawaz, read the summary and answer the discussion questions. A transcript of the video is available here.

Summary: The treatment of the violent mob at the Capitol by law enforcement versus the heavy-handed tactics employed on peaceful protests over racial justice has been widely talked about since Wednesday. Amna Nawaz spoke with Ibram X. Kendi, director of the Center for Antiracist Research at Boston University, to learn more.

Media literacy: Examine this photo essay put together by NewsHour’s Dan Cooney and Isabella Isaacs-Thomas to examine who assault on the Capitol on January 6. 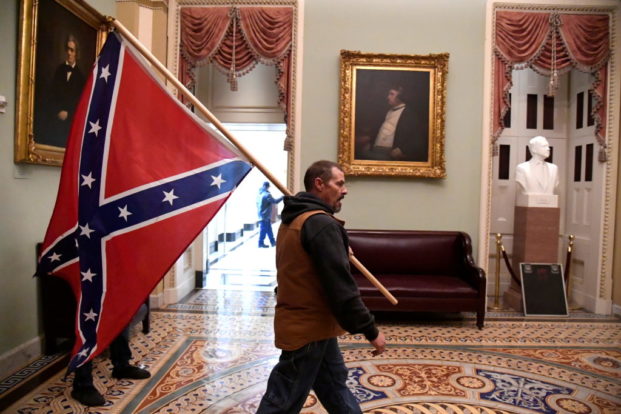 A supporter of President Donald Trump carries a Confederate battle flag on the second floor of the U.S. Capitol near the entrance to the Senate after breaching security defenses, in Washington, U.S., January 6, 2021. REUTERS/Mike Theiler TPX IMAGES OF THE DAY