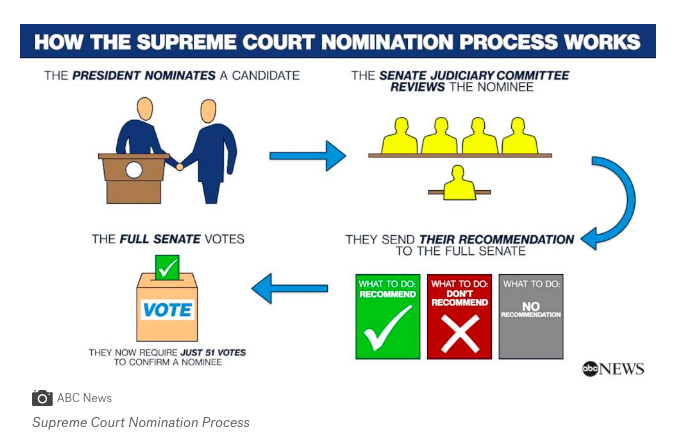 1. Do you think the two guests believe Brown Jackson is getting a fair hearing? Do they think it will be useful in helping determine what type of judge Brown Jackson might be on the Supreme Court?

3. Thurgood Marshall was the first Black man to serve as a Supreme Court justice. Prof. Margaret Russell stated the following during the NewsHour interview:

So far — and this is day two — I actually think back to what I know about Thurgood Marshall’s nomination hearing, which was in 1967.

And when I read some of the transcript of that, I thought, oh, times have changed, because, back then, the Southern Democrats, or Dixiecrats, would just openly ask questions like, are you prejudiced against white people? What are you going to do about the rate of crime?

And these were very explicitly racialized questions. So I think what surprised me, compared to them is, here they are again in a different form, Critical Race Theory. Can we trust you to like white people?

Why do you think Republican senators are focused on asking questions about race? Do you think this line of questioning will help determine what type of judge Brown Jackson might be? Explain.

Media literacy: Why do you think the producers chose these two particular guests to interview?

Discuss this statement by Margaret Russell, of the Santa Clara University Law School and ask students: How does the Supreme Court end up deciding “the fate of millions and millions of Americans, including African Americans”? Can you think of specific Supreme Court cases in which this happened? (i.e. Brown vs. Board of Education, Dred Scott vs. Sanford, Powell v. Alabama (“Scottsboro Boys”), etc. Click here to see more cases.)

For African American women in the legal profession, it has been a long uphill battle. That is also true of other groups. But the significance of Judge Jackson’s ascendancy to a court that, when it first sat in 1790, had all white men, of course, six white men, and did not have a Black member of the court until the 1960s and a female member of the court until the 1980s, should really be cause for reflection, not just sort of a recitative regurgitation of facts.

2. Watch this NewsHour clip about the movie Marshall to learn more about the life of Supreme Court Justice Thurgood Marshall. Before he became the first African American to serve on the Supreme Court, Thurgood Marshall moved from town to town as part of the NAACP to represent Black defendants in a justice system rampant with discrimination. In 2017, Jeffrey Brown sat down with director Reginald Hudlin and actor Chadwick Boseman (1976-2020) to discuss their film “Marshall,” and how they captured the iconic judge in his youth. Transcript: https://www.pbs.org/newshour/show/marshall-pays-homage-to-the-young-lawyer-who-became-a-towering-justice 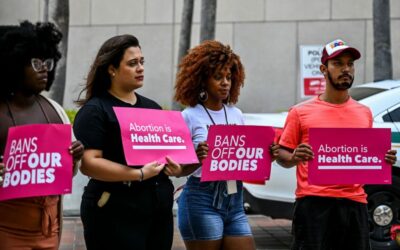 The decision is expected to lead to abortion bans in approximately half the states. 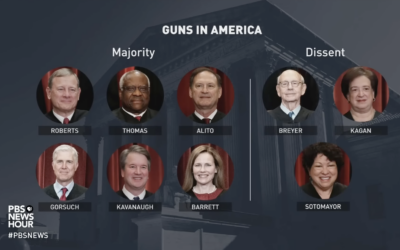