Pride month takes on an expanded (and painful) meaning for those of us in the LGBTQ community this year. I will never understand what it’s like to feel unsafe because of the color of my skin. I have, however, heard the word “dyke” whispered under someone’s breath in a way that made me fearful. Safety is a basic human need, and this turbulent year has opened all of our eyes wide to how it feels when that safety is compromised.

To honor the Stonewall Uprisings in Manhattan many years ago, Pride events are held every June. In recent years, Pride has become more than an LGBTQ celebration; it has become a movement to empower people to feel safe being themselves, no matter who they are. This year, that push for inclusion seems more important than ever before.

For LGBTQ youth in particular, lack of safety is as much a part of the school day as listening to a lecture.

Traumatized children can’t learn well. I know this from many years teaching, and science reinforces anecdotal experience that excessive stress can impair brain development and cognitive function. Supportive adults can help ease this distress, which is why having an adult with whom young people can relate and feel safe with can be a matter of life and death for LGBTQ youth.

In my early years as an educator, I hesitated to share much about who I was with co-workers and students. I hesitated out of fear, and as a result I missed countless opportunities to help others. Since those early years, I have shared more, and actively sought to build a culture of acceptance wherever I was employed.

At Indiana Connections Academy, I learned that many LGBTQ students are drawn to online schools and became more motivated than ever to build a safe space for these students. I made a conscious decision to be out with students. As expected, those struggling with their own feelings reached out. I listened and made time to talk about what they were feeling. I can’t tell you how many students expressed appreciation. It was a very rewarding part of my career.

In my early years as an educator, I hesitated to share much about who I was with co-workers and students. I hesitated out of fear, and as a result I missed countless opportunities to help others.

But I have more work to do. Last summer at my company’s annual conference, I stood at a table where we had the opportunity to add “identifiers” to our conference badge if we chose to do so. The identifiers were designed to help people get to know one another and said things like “only child” or “middle child” or “born before the internet was invented.” And then I saw one that said “queer,” and my 52-year-old self froze. Time stood still. I have been out since I was 25. The majority of my colleagues know that I am gay. Still, there I stood, afraid to broadcast “queer” on my badge.

Since that conference, I’ve had lots of talks with myself. Most of the time I just ask myself why in the world I felt frozen. When I decided to have a baby, I made the conscious effort to jump out of the closet, because I believed that if I ever acted like being gay was weird, my daughter would think so, too. 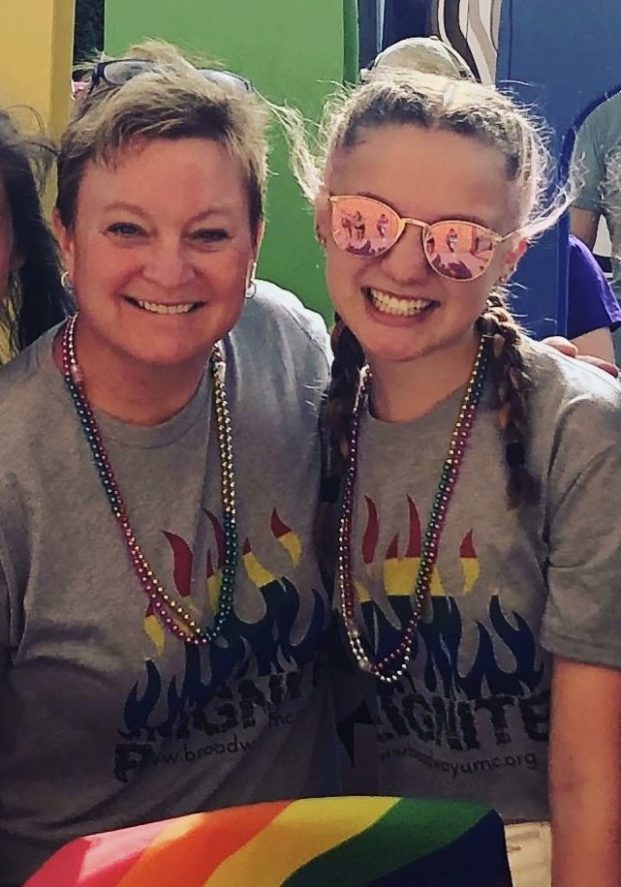 I have become the lesbian mom who drives as many of my daughter’s friends as can fit in the mini-van to the Indy Pride celebration every single year. In doing so, I hope the message spreads far and wide that there are people in our city who support those who are different. I’ve been told that I’m like a big rainbow unicorn walking through a crowd.

And still, that button was hard to put on.

After that conference, I had the incredible fortune of attending a week-long workshop for LGBTQ executive leaders at the Stanford Graduate School of Business. For the first time ever, I sat in a classroom full of people like me. I didn’t have to worry about being accepted. I could openly and honestly share without hesitation or fear of judgment. That week, I leaned into learning like never before.

What if we offered a similar space for our LGBTQ students? A space where young people could be their best, authentic selves? How much more would they learn, not only about themselves, but about the specific content with which they’re asked to engage? My experience showed me that my authenticity and feeling of personal freedom greatly impacted my ability to absorb knowledge.

I know that online schools have become safe spaces for LGBTQ youth and I’m proud of the data that supports that fact. I can’t help but think that all schools could be safer if LGBTQ educators could live openly and make certain that students see that there are lots of us out here, and we’re living happy, successful lives.

I challenge my fellow educators to take a small step this month during Pride. Give students that supportive, relatable adult. Let students see you. They’ll learn better, and you will, too.

Melissa Brown has been an educator for 30 years. She is Director of Connections Academy K-12 Online Schools for Pearson and was the founding Executive Director at Indiana Connections Academy which serves over 5,000 students each year across the state. She lives in Indianapolis with her 16-year-old daughter.

If you would like to contribute to Educator Voice, please send your idea to Victoria Pasquantonio at vpasquantonio@newshour.org. Sign up for NewsHour Classroom’s ready-to-go Daily News Lessons delivered to your inbox each morning. Fill out this form to share your thoughts on today’s lesson. 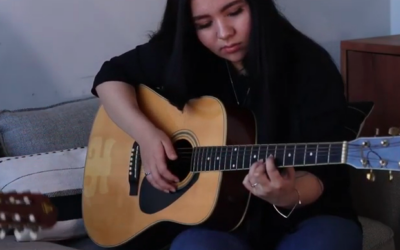 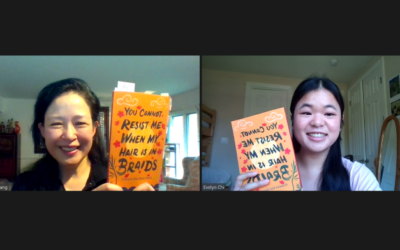 Book Q&A: Frances Kai-Hwa Wang on discovering identity in 'You Cannot Resist Me When My Hair is in Braids'

NewsHour Classroom intern Evelyn Chi speaks with author and journalist Frances Kai-Hwa Wang about her new book, 'You Cannot Resist Me When My Hair is in Braids.' 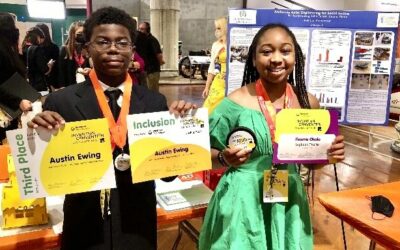 Watch these three TikTok videos of these amazing student inventors from Invention Convention!