Thoughts from a Michigan teacher on the Oxford shooting

Michigan’s people are gritty and fiercely loyal to our state and to our communities, and Oxford is the epitome of a tight-knit Michigan community.

I’ve been to Oxford High School on quite a few occasions and I’ve always been impressed with their school spirit and how it extends beyond the school into a community spirit — visitors are always well aware when they have entered “Wildcat country.” Oxford is the type of community that you would never expect would have to face the tragedy of a mass shooting. The shooting in Oxford was more than an attack on the school; it was an attack on the community. Oxford is hurting and neighboring communities feel their pain and have rallied around them to support them through this terrible time.

For the past week, my emotions have been toggling between anger and frustration. I was angry that four students in Oxford, Michigan, lost their lives in yet another senseless act of violence in our schools. Frustration followed when I discussed the Oxford shooting with my students the day after it occurred, and I had to honestly say that policies were unlikely to be enacted to prevent more school shootings. Many of my students expressed their fears about a shooting taking place in our school, and their anxiety levels were further raised when copycat threats forced over 60 school districts to close in the days following the Oxford shooting.

Related: How teachers are talking about the Oxford school shooting

My anger returned when I heard the comments by Michigan’s Senate Majority Leader. When he was asked if the legislature was going to take any steps other than thoughts and prayers, Sen. Shirkey said, “If we get obsessed with eliminating all risks, we will then develop and evolve into a country we won’t recognize, because we’ll also have no freedom.”

I refuse to accept that school shootings are a risk that we have to accept and that policymakers can take no steps to ensure the safety of school children.

The United States is the only country in the world that has repeated school shootings and it is unacceptable that we have enacted no legislative policies to stop them. The tragedy at Oxford High School was the 29th shooting on school grounds this year alone. It was the 651st incident in which at least four people were shot, fatally or not.

I believe that common sense policy can protect schools and also respect the Second Amendment.

I believe that common sense policy can protect schools and also respect the Second Amendment. As Justice Antonin Scalia wrote in the court opinion in District of Columbia v. Heller, “Like most rights, the right secured by the Second Amendment is not unlimited.

Rights are important in this country and must be protected, but they also come with responsibilities. In his book “Become America”, author Eric Liu eloquently states, “We forget that a society cannot stand on rights alone. We forget that only toddlers and sociopaths believe in rights without responsibilities.”

Guns have been part of Michigan’s culture for generations with many families owning guns for hunting and for personal protection. Michigan gun laws address some issues, but are lacking in areas like safe storage of guns when children are present in a home.

The vast majority of gun owners, especially in Michigan, are law abiding citizens and are responsible gun owners. However, the rights to keep and bear arms must be balanced with the right of parents to send their children to school and expect them to safely return home.

One common sense step that we can take to prevent mass shootings is to increase the funding for the Centers for Disease Control and Prevention and the National Institutes for Health to study gun violence. For 25 years, the CDC was essentially forbidden to research gun violence, so we  lack the necessary data to craft new policies. In 2019, the CDC and the NIH received a $25 million appropriation to research firearm injury prevention, but that sum is inadequate because of the 25 year data gap that we need to overcome. Researchers could focus specifically on mass shootings in school and make recommendations to governments from the federal level all the way down to the local school board level.

We have elections coming up in November 2022, and candidates at every level of government should be held accountable on the issue of school safety.

Another common sense step that we can take to prevent mass shootings is to improve background checks to purchase firearms. This solution is nothing new — it has been discussed after the shootings at Sandy Hook Elementary and Marjory Stoneman Douglas High School. Enhancing background checks has the potential to get guns out of the hands of criminals and does not deny law abiding citizens from purchasing or possessing guns. Many more practical solutions, such as increasing access to mental health resources exist and the national dialogue about doing something to keep our kids safe is long overdue.

Surely, the safety of school children is an issue where we could find common ground and not fall into the trap of political polarization. We have elections coming up in November 2022, and candidates at every level of government should be held accountable on the issue of school safety. 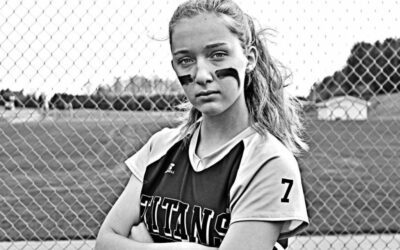 One thing all students agreed on: change is possible and action must be taken 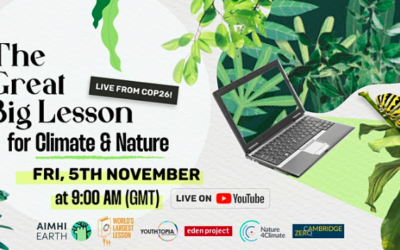 Take part in the largest climate change lesson in the world

Join a global educational event from the Glasgow climate conference 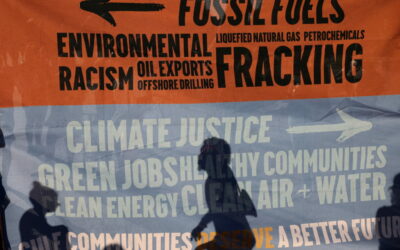