Radiation leaks and fires at Japan’s nuclear reactors following a massive earthquake and tsunami have refueled the debate over whether nuclear power is a safe option for generating electricity. 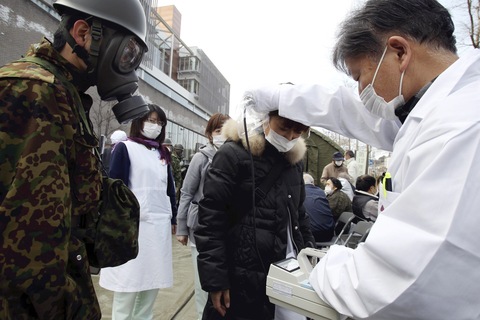 The March 11 earthquake and tsunami damaged several nuclear power plants around the Asian island nation of Japan.  At the Fukushima Daiichi nuclear plant, the tsunami disabled the backup systems and workers are struggling to keep the nuclear fuel rods from overheating and melting down.

The 180 workers who remain at the plants are exposing themselves to potentially fatal doses of radiation: Japan is praising them as heroes.

The workers are pumping sea water into the facility, which will damage the power plant machinery, but officials are more worried about what will happen if the core explodes and nuclear materials escape the protective layers of steel and concrete.

Meanwhile, radioactive steam, created when water comes in contact with the nuclear fuel rods, must be released into the air, or else a buildup of pressure would cause a more damaging explosion. People within a 12-mile radius of the damaged plant have been evacuated, while those within a 19-mile radius were told to stay indoors.

Radiation is a part of life, but not in high doses

Nuclear power plants create energy by splitting the atoms of the volatile chemical element uranium. The process creates invisible particles or rays of energy known as radiation that can harm people.

Humans experience radiation every day from a variety of sources. The sun’s light is actually radiation that gets stronger the closer you get to the sun. For that reason, airline pilots and people who fly a lot get exposed to more radiation than average, but the dose is still safe for humans. X-ray machines and airport body scanners also put out small, but safe, doses of radiation.

In high doses, however, radiation can cause illness and even death. The most dangerous types of radiation emitted by the uranium splitting process are particles of the elements iodine and cesium.

Those elements are dangerous because they are similar to non-radioactive elements in the human body, so they can collect in the body and cause damage. In Japan, the government is issuing iodine pills to people near the damaged nuclear plant so their bodies can fill up on the good kind of iodine and absorb less of the bad.

How does a nuclear reactor work? 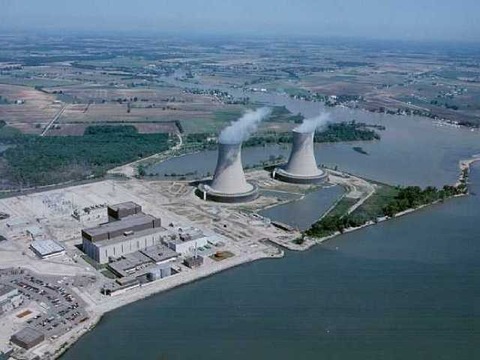 Nuclear reactors do not put out any carbon dioxide, but the spent radioactive fuel must be disposed of after use

In nuclear reactors, atom-splitting takes place in the extremely hot, radioactive core, which is protected by several layers of steel and other sturdy materials.
The energy generated by the fission process heats up water, which creates steam that, in turn, powers a turbine generator. The generator’s rapid spinning creates electricity that is then distributed to homes and businesses via a power grid.

Some consider nuclear power a cleaner form of energy than fossil fuels like coal and oil because no carbon dioxide is released into the atmosphere during the nuclear fission process.

Others argue that nuclear power is dangerous and pollutes the environment because used up uranium fuel rods are still radioactive and have to be buried deep within the earth.

Comparisons to past nuclear disasters 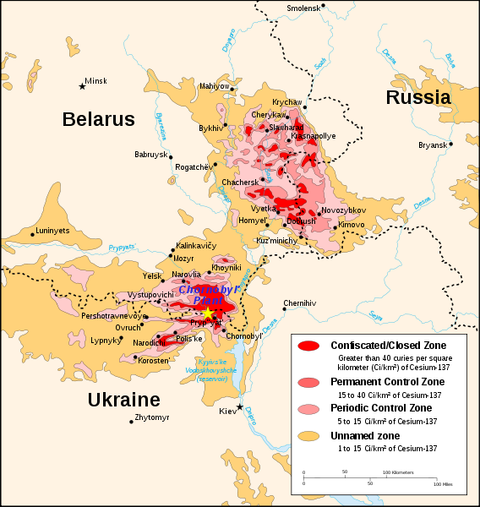 In the world’s worst nuclear disaster at the Chernobyl nuclear plant in Ukraine, radiation spread over a large area.

Analysts are comparing the situation in Japan to past nuclear disasters, most notably the nuclear power plant failures at Three Mile Island in Pennsylvania and Chernobyl in Ukraine.

At Three Mile Island in 1979, one of the steam-generated turbines shut down, causing pressure to rise in the nuclear core of the plant. Coolant leaked and caused the nuclear core to overheat and melt.

Although no plant workers or members of the surrounding community were injured in the accident, it remains the biggest nuclear disaster in U.S. history.

Far more disastrous was the nuclear accident at the Chernobyl nuclear power plant in Russia (now Ukraine) in 1986.  A massive power surge during a systems test caused a reactor to overheat and explode, sending a radioactive plume into the air that eventually drifted over large parts of Russia and Europe.

Fifty plant workers died in the event, but it’s estimated that thousands more died later as a result of cancer and other diseases caused by radiation exposure.

Meanwhile, the rest of the world is re-examining its commitment to nuclear power. Germany announced it would perform “stress tests” on its oldest nuclear reactors and Switzerland suspended plans to build four new nuclear plants while it examines the safety of existing reactors.

In the U.S., President Barack Obama defended the country’s commitment to nuclear power, stating that all forms of power have a downside but that nuclear power shouldcontinue to be an energy option for America. The U.S. currently gets about 20 percent of its energy from nuclear power.

“I’ve already instructed our nuclear regulatory agency to make sure that we take lessons learned from what’s happening in Japan and that we are constantly upgrading how we approach our nuclear safety in this country,” the president said.