After nearly 20 years of drilling, Russian scientists have reached a crystal clear underground lake — two miles beneath the solid ice of the continent of Antarctica. The breakthrough could unearth creatures that have survived 20 million years without seeing daylight and give clues about life elsewhere in the solar system. 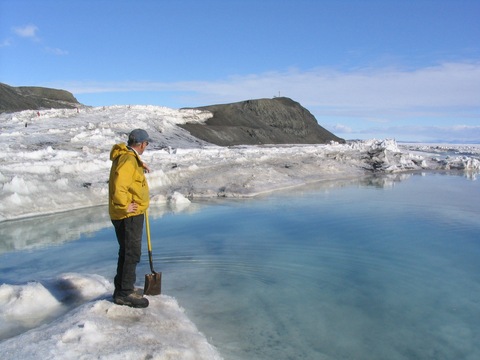 The Russian Antarctic Expedition’s drill made contact with the Antarctic lake water at a depth of 12,366 feet.

Once the Russian team is able to extract water samples from the massive lake, which is roughly the size of New Jersey, they hope to find tiny microorganisms in the samples. If microorganisms can survive under the high pressure and extreme cold of Lake Vostok, it could mean that life forms exist in similar environments in outer space. Scientists believe there are ice crusts similar to Lake Vostok’s on Mars, Jupiter’s moon Europa and Saturn’s moon Enceladus.

Some people have compared the otherworldly lake to something out of a horror movie, where no one knows what lies beneath.

“Vostok’s right there in the middle of all the horror stories,” Dr. Robin Bell, a researcher at the Lamont-Doherty Earth Observatory of Columbia University, joked on NPR. “What we’re, as the science community, hoping to find out is what kind of ecosystems can live under two miles of ice and how they might change having been sealed off from the sun and the wind for tens of millions of years.”

The scientists reached the lake just in time, before the end of Antarctic summer when extreme cold conditions set in. The aircraft that transport the scientists cannot fly when the thermometer approaches minus 50 degrees Fahrenheit, and temperatures of minus 45 had already been recorded. The frigid temperatures at the Vostok research station above the lake are the coldest ever recorded on Earth –  minus 128 degrees Fahrenheit.

At first, when they started drilling, the scientists were unaware there was a lake under the ice.  They were drilling to study the different layers of ice, which tell them about how the climate has changed over hundreds of thousands of years.

Once they discovered water beneath the ice, the drilling process was further complicated by the extreme conditions – scientists had to use more than 60 tons of lubricants and antifreeze to keep their drill from malfunctioning. Once they reached the surface of the lake, they hoped to pierce a probe into it, like a straw, to send some water gushing out and keep the chemicals from getting in. (Other scientists warn that because Lake Vostok contains a lot of gases, the Russians also have to be careful not to let too much of its water escape into the atmosphere through the hole).

Despite the Russian team’s precautions, however, some environmentalists are concerned that chemicals could still contaminate the pristine lake.

“Lake Vostok is the crown jewel of lakes there,” University of Colorado geological sciences professor James White told NPR. “These are the last frontiers on the planet we are exploring. We really ought to be very careful.” 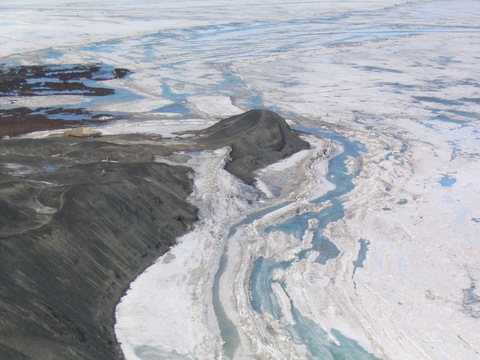 Scientists drilling in the harsh Antarctic conditions had to use tons of chemicals to keep their drills from freezing.

Now, the successful scientists must wait until next December, when conditions become warm enough again for them to extract water samples from Lake Vostok. The water in Lake Vostok stays liquid because of the extreme pressure of the ice sheets on top of it and the warmth of the earth below it.  There may even be hydrothermal vents like those discovered under the Pacific Ocean recently.  Scientists there were shocked to find crabs, blind fish and 7-foot-long tubeworms.

Once they can extract the samples, researchers will take them back to their labs and analyze what living organisms live in them.  They have already identified tiny bacteria in the ice and other bacteria that eat bacteria waste. In the future, scientists also hope to explore the bottom of Lake Vostok with robots and take samples from the very bottom of the lake. However, they must first get approval from the Antarctic Treaty Organization, which oversees and approves all human activity on Antarctica.

Some Russians are comparing the discovery to the space race in 1969, which was won by the United States.

“I think it’s fair to compare this project to flying to the moon,” said Valery Lukin, the head of Russia’s Arctic and Antarctic Research Institute.