Google has unveiled a prototype of futuristic glasses that allow users to seamlessly integrate technology with their everyday lives. Through a small piece of glass worn above the right eye, a “Project Glass” wearer could see the weather forecast by looking outside or find out if there are subway delays by approaching the tunnel. 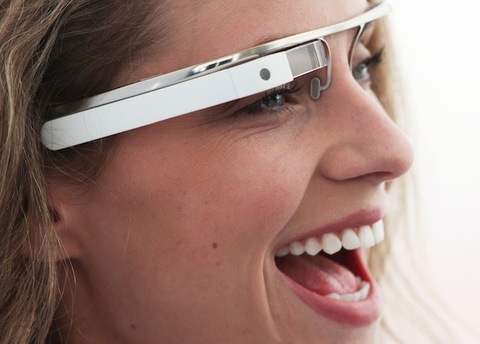 Google, a company known for its search engine, has begun testing its highly awaited, futuristic technology — augmented reality-enabled glasses — which would enable users to view information on a display which sits above the eye.

Although the glasses are not yet for sale, the company says it is testing them in public and plans to release them to consumers in the next two years.

This video released by Google shows a typical day in the life of a Google glasses user – he finds out the weather forecast, makes plans to meet a friend, plots the route, reminds himself of a book title, and has a video chat all by speaking to the glasses or looking at things with them. This type of interaction with technology during everyday life has been called ‘augmented reality.’

However, some critics say the glasses technology is ripe for an invasion of privacy. For example, Google could gather data on what the wearer does every day and tailor ads to fit it. This adaptation of Google’s “Project Glass” video shows what that might be like.

“Google’s an ad company. I think it’s something people should be mindful of and critical of, especially in the frame of these awesome new glasses,” Jonathan McIntosh, who put together the video, told ABC News.

The company did not comment on possible ad uses, saying only that the glasses are currently prototypes still in the testing phase.

Technologies of the future

The Google glasses were developed in a secret laboratory dubbed “Google X,” where the technology company works on futuristic projects that are hidden from the public. The New York Times has reported that the projects being explored at Google X include space elevators, personal robots and an “Internet of Things” that allows appliances to be connected to the Internet.

The Google X lab is staffed by robotics experts and electrical engineers and its locations are kept highly secret. Google employees and spokespeople haven’t gone on the record about the Google X lab, but analysts say the project is ‘very Google-y’ in nature – highly ambitious, futuristic and experimental.

Some technology experts are skeptical, however.   “In one simple fake video, Google has created a level of over-hype and over-expectation that their hardware cannot possibly live up to,” Blake McIntyre, director of the Augmented Environments Lab at Georgia Tech University, told Wired Magazine.