At New York’s 2012 International Auto Show it wasn’t Ferrari, Lamborghini, or Mercedes stealing the spotlight, but a tiny engineering firm from Woburn, Mass., named Terrafugia Inc. Though the flying car has always been an icon of a distant future, Terrafugia’s newest production may mean the future is almost here. 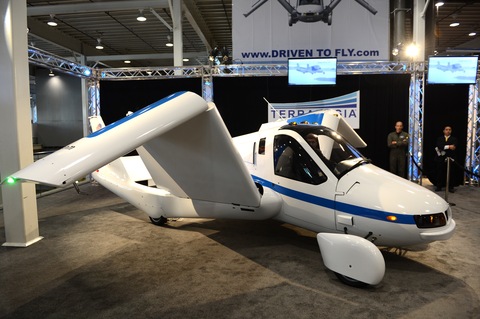 The Transition, a flying car developed by the firm Terrafugia, is on its way to becoming the first flying car available to American consumers.

Scores lined up to see Terrafugia unveil the latest model of its flying car: the Transition. The airplane automobile hybrid is on its way to clear both FAA and NHTSA (National Highway Traffic Administration) regulations by the end of 2012 to become the first flying car available to the American consumer.

What new technology makes this possible?

A realistic flying car has eluded automakers and engineers for decades (Henry Ford attempted a design as early as 1926), but Terrafugia CEO Carl Dietrich explains Transition’s success comes from the combination of a design that stresses simplicity and the utilization of new materials that are both light and durable.

The auto-aircraft has only one propeller. The two-seat cockpit holds a small steering wheel for the road, two flight sticks (one per pilot and co-pilot) for the air, and a single GPS screen. This sparse layout is designed to cater to a pilot’s “intuition” rather than the memorization of complex controls.

Instead of using standard automotive safety glass (material that is both heavy and liable to crack at the mere smack-smoosh of a seagull), Terrafugia has gained special permission from the NHTSA to use a poly-carbonate material for Transition’s large windshield.

Can I get the flying car now?

Although Transition takes super unleaded gas from your local station, fits into a single car garage and transforms from plane to auto in 30 seconds, it is certainly not a car designed for the everyday. 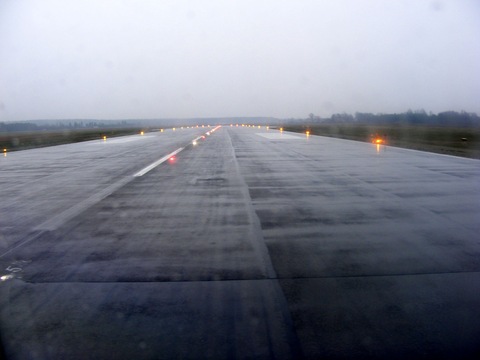 Because flying cars still need runways to take off, those who want to buy one need to consider the space they’ll need to use it.

“It’s not something where you can see some traffic ahead and hit the button and hop right over it,” Dietrich explained to a Business Week reporter who asked, “Like, let’s say you’re stuck in traffic on I-95, how much space would you need to take off?”

The Transition still needs a runway, but with more and more small airports all over the country, Dietrich thinks demand will grow.

Suppose you do have the cash to front the estimated $279,000 (base price) to put a Transition in your driveway – what else do you need to do to get into the air? Because of its smaller size and flight range (400 miles), Transition is currently classified by the FAA as a “light sports aircraft”. This means the operator is required to have a sport pilot license – awarded after 20 hours of airtime training and the passing of a “simple practical test” in the aircraft.