This week North Americans will have the opportunity to see one of Earth’s closest neighbors float cross the sun, which won’t happen again for 105 years. The last-in-a-lifetime astronomical event will be visible to those who wish to look. Just don’t do it with your naked eye. 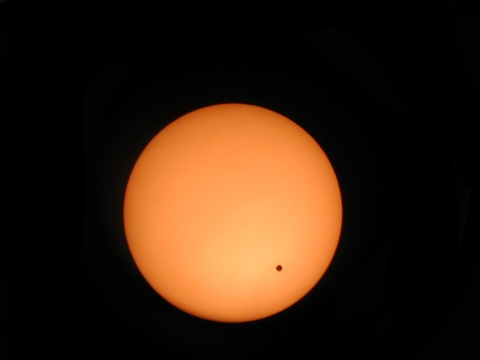 The transit of Venus, where the planet Venus passes in front of the sun, will occur on June 5, 2012.

Venus and Earth revolve around the sun on different planes.  Venus’ orbital plane is inclined to Earth’s by 3.4 degrees.  For half of Venus’ orbit, Venus travels North of Earth’s plane before swinging south of Earth’s plane for the other half. As a result, Venus crosses Earth’s orbital plane at two points called nodes. Should Venus pass between the sun and the Earth during one of its two nodes, there will be a “transit” visible to us Earthlings.

How special is the transit of Venus?

Transits of Venus are very rare indeed. They occur in a “pair of pairs” pattern, in either June or December, with one group of two transits transpiring within eight years of one another before a gap of over 100 years.

June 5th’s transit is paired with one from June 2004. The pair before that occurred in December 1874 and December 1882, respectively.

The next transit of Venus will not occur until December 11th, 2117! 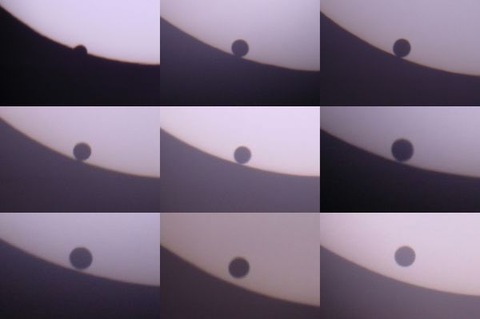 The next transit of Venus will not occur until the year 2117.

Why is the transit of Venus important?

Since the first recorded observation in December of 1639, the transit of Venus has proven immensely important to astronomers. Scientists have been able to use transit observations from different parts of the earth to triangulate with Venus and figure out the diameter of the Earth.

In the eighteenth century, Edmund Halley (of the comet’s namesake) was the first to realize the transits of Venus could be used in this same triangular way to measure Earth’s distance from the sun, providing the value of one Astronomical Unit or AU.

Halley also realized he would be dead before the next transit would occur, so he implored his successors to take note.  As a result, European governments funded expeditions to observe the transit from foreign destinations around the globe. These observations of the eighteenth and nineteenth centuries provided astronomers with the best opportunity for measuring the absolute scale of the solar system using Kepler’s third law.

How can you see the transit of Venus?

When observing the sun, you MUST protect your eyes. Any safe telescope setup uses solar filters on the sky end of the telescope. Sunglasses, Polaroid filters, smoked glass, x-ray film, or photographic neutral density filters are NOT enough to protect your eyes from harmful glare.

If you don’t have your own telescope, try joining up with a local viewing at an astronomy club, park, or nature center. Want to make your own? Try this homemadeindirect viewing method. From South America/West Africa or stuck inside during the time of transit? Catch the transit of Venus on an online viewing.

So get up and get out on June 5th through 6th. The transit of Venus will truly be out of this world!