From the U.S. to China, competition for the tablet computer market has companies fighting to provide the most up-to-date technology at the best price. Up till now tablets have not been accessible to the poor, but Suneet Tuli, CEO of the tech company Datawind, wants to change that with a new fully-functioning tablet that costs only $20. 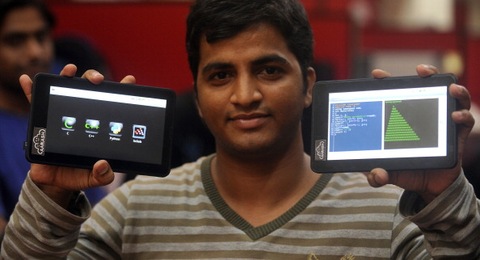 A software engineer poses with new Aakash 2 tablets PCs. The Aakash 1 failed to meet expectations when critics pointed out problems with its quality and distribution.

The Aakash 2 tablet was not developed overnight and there have been many missteps, including the Aakash 1 that did not do well last year. This 7-inch machine has all of the specifications of any high-powered Android-based tablet and with it; Tuli and the team at Datawind are revolutionizing access to education in the developing world.

The biggest purchaser of this new tablet will soon be the president of India, Pranab Mukherjee. If everything goes according to plan, he intends to order as many as 5.9 million devices for use in the Indian government and for distribution to university students and professors at the low $20 rate. Attaching a keyboard to the Aakash 2 turns it into a basic laptop; a valuable tool for in and out of the classroom.

The Aakash 2 tablet is so popular that Datawind is having a hard time keeping up with demand. They receive thousands of new orders daily, adding to the backlog of “four million unfulfilled pre-orders.”

Limited resources aside, the people behind the Aakash tablets have big plans to deliver them into the hands of young children around the world. 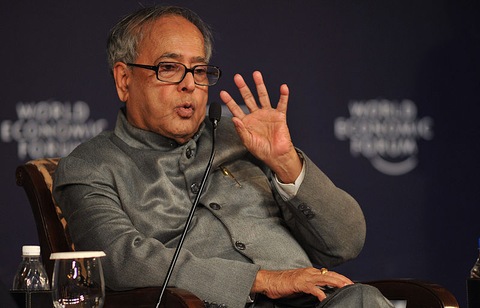 Pranab Mukherjee, current president of India, sees education as the best antidote to violence and inequality in his country.

How will computers change education?

There are still many barriers standing in the way of India’s poorest young people getting a good education. India’s technological infrastructure is lacking in many ways. Like many poor and rural areas in this region there is limited internet connectivity, making it difficult for children to access new technology, resources and learning tools.

To accompany the launch of the tablet, the Indian government committed to promptly expand its internet infrastructure to bring connectivity to even the country’s most remote regions.

Tuli wants the Aakash 2 to act as a gateway to these students.

“Our effort in all of this,” Tuli told Quartz, “Was to use technology to fight poverty. What happens when you try to make it affordable at this level?” It’s not about getting rid of traditional textbooks, but enhancing the learning experience and introducing the internet to first-time users.

However, these devices were not created just for the developing world. Tuli estimates that in the United States up to 40 percent of children do not have access to computers or the Internet in the home. They must rely on their schools to provide them access.  Tuli says a tool as cheap and accessible as the Aakash can help them take learning home.

The future of tablet PCs

This market is still new and growing faster than ever. Datawind and other manufacturers will continue to create cheaper and more developed tablets that Tuli believes will become “the ultimate commodity.”