Military to Lift Ban on Women in Combat Roles The United States military announced plans this week to allow women to fight on the front lines and hold combat roles previously reserved for men. The new policy will allow women to command troops on the ground and open more opportunities for promotion and career advancement. 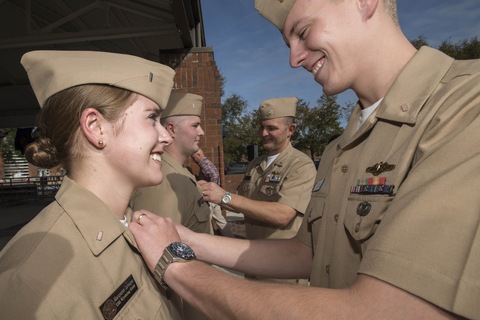 U.S. Navy, Lt. j.g. Luke Leveque pins the submarine officer warfare device on his wife, Lt. j.g. Marquette Leveque, who in December 2012 became one of the first three women to qualify as an unrestricted line officer in a submarine.

The Joint Chiefs of Staff, senior military leaders who advise the president and Defense Department, recommended the change and informed the Senate of their decision Wednesday, January 23. The armed services plans to open most positions to women by May 15.

“The department’s goal in rescinding the rule is to ensure that the mission is met with the best-qualified and most capable people, regardless of gender,” Defense Secretary Leon Panetta said in a statement.

Most, but not all positions will be open to women

Women currently make up approximately 14 percent of the 1.4 million active military personnel and 10 percent of those sent to serve in war zones.

However, due to the changing nature of war, women were already in the line of fire.

“Anyone who has spent any time in Iraq or Afghanistan knows that women are on the tip of the spear. There are no front lines in these counterinsurgency wars,” explained National Journal reporter James Kitfield on the NewsHour. Over 130 women have been killed – many in logistics or supply battalions.

“Wars have a way of sort of making some of these distinctions meaningless, because women are already in combat, quite honestly,” Kitfield continued.

The Pentagon’s decision could open up as many as 230,000 jobs to women with higher levels and salaries than ever before.

But this policy change doesn’t mean unlimited opportunities for women. The branches of the military have until January of 2016 to either implement the policy or ask for special exceptions for positions they think must remain closed off to women.

Positions in special operations forces such as Navy SEALs and Army Rangers, may not become available for women for some time. 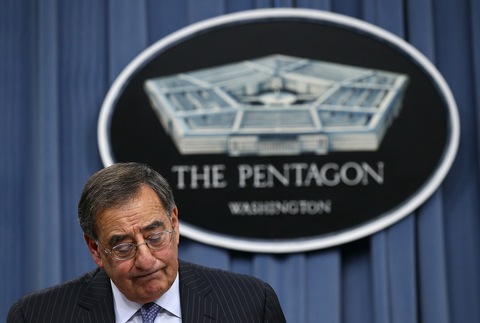 Leon Panetta, who announced the policy change, will step down once his replacement has been confirmed. Former Sen. Chuck Hagel has been nominated for the position, but due to opposition on both sides of the aisle, may face a rocky road to confirmation.

Changing attitudes towards women in combat

In February 2012, the Pentagon opened 14,500 combat positions to women, mostly in the Army. But many members of Congress and citizens reacted critically to the decision, saying it wasn’t enough to only open a few positions to women.

“I feel like it’s beyond time,” Staff Sergeant Tiffany Evans, a soldier stationed at Fort Hood, Texas, said in an interview with Reuters.

But others question the impact of the decision.  Duncan Hunter, a Republican in the House of Representatives and a Marine combat veteran, doesn’t oppose the plan but said he wonders, “whether this change will actually make our military better at operating in combat and killing the enemy.”

However, even in countries that don’t limit women’s participation, very few women actually hold combat roles. For example, Canada’s elite anti-terrorist unit allows women to participate, but no women have been able to meet the physical fitness requirements.

Secretary Panetta said leaders of each branch of the military will have to come up with ways to ensure that this new policy is more than just a change of law and actually results in women having access to top military jobs.