The Science of Stress: How Well Do You Test? How well a person handles competition and stressful test-taking environments can be traced to his or her biology and a certain gene called the COMT gene, according to new research. The research also shows that understanding stress can help students test better and find motivation in anxiety. 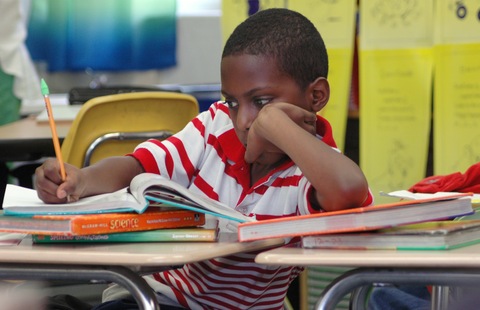 Positive thinking and preparation can help those who get worried during tests to overcome their anxiety.

To figure out why some students perform well under pressure and others don’t, a team of scientists in Taiwan took blood samples of 779 Taiwanese students who had just taken an extremely difficult and important test. They compared each student’s genes to his or her test score and discovered the COMT gene has two variants – one that works quickly, and one that works slowly.

When you’re stressed, your brain is flooded with dopamine, a chemical that affects how your brain works. The COMT gene’s job is to clear that dopamine from the prefrontal cortex, the part of the brain responsible for cognitive ability, problem-solving, reasoning, and planning. Too much dopamine and students have a hard time concentrating and recalling facts.

In a test setting, students with the fast-acting COMT gene performed better because the overwhelming surge of dopamine was quickly reduced, allowing them to concentrate.

However, many students with the slow-acting COMT gene had better grades in a classroom setting, where the COMT gene cleared stress at a more gradual rate – giving them a slight, steady anxiety that motivates them to complete daily tasks and homework. Scientists call these two different groups the “warriors” and the “worriers”.

The Taiwanese study proved what many of us already know – that pressure helps some people to perform well, while it can hurt others who may be diligent with work and long-term planning but are overwhelmed by the anxiety of testing and high-stakes competition.

Using stress as a motivator

Everyone gets two COMT genes – one from their father, and one from their mother. Fifty percent of people have one of each gene, so attitude and experience can have a greater influence on their ability to handle pressure.

Additional research shows that even people with 100% “worrier” genes can use positive thinking and training in a stressful context to overcome their anxiety. “Worriers” should think of their stress as a motivator.

Researchers had students read a statement that said, “people who feel anxious during a test might actually do better,” and those students scored higher on tests. Even if a “worrier” can’t overcome the pre-test jitters, he or she should celebrate getting through it, reported the New York Times.

Activities like spelling bees, science fairs, class math competitions, and sports can also help kids associate a feeling of nervousness with having fun with competition and accomplishing a goal. Regardless of genetics, seeing stress as a positive force can help anyone handle pressure better, according to the researchers.