As millions of Americans across the Pacific Northwest and the Southeast are under heat advisories, with the climbing temperatures killing hundreds of people, extreme weather and its serious, sometimes fatal implications are raising questions about whether infrastructure could help provide some relief.

The rising temperatures across the country are helping fuel congressional attempts to pass a historic infrastructure deal that, among other things, would respond to the growing threat of climate change — spurring a new focus on so-called “resilience hubs” that are meant to coordinate services for communities that need relief from weather disasters. Billions of dollars are being sought in the deal to make “infrastructure more resilient to the impacts of climate change“ on the federal level.

In California, that push is taking center stage.

Millions of residents in the state are in one way or another experiencing strings of hot days, wildfires or drought — or a combination of all three. Especially as rivers and lakes are drying up across the state and the Sierra Nevada, a key water source, deals with a roughly 26-inch deficit of precipitation in some places, according to the National Weather Service office in Hanford. The weather center confirmed at the end of July that Fresno and Bakersfield, CA had their hottest July on record, aided by high overnight temperatures. June was the second-hottest month on record for Fresno.

While temperatures didn’t break records for everyone, the heat blanketed all corners of the San Joaquin Valley in waves that dragged on for days. Health officials said heat, combined with humidity, increases danger to residents who have asthma or emphysema, a condition that damages lung tissue.

Heat across the state is worrying most, but it is an increased worry for isolated communities that have fewer options for relief when temperatures reach threatening levels. As talks continue nationally on climate change infrastructure, California’s intolerable summer has led advocates to push the state on funding promises made earlier this year that could lessen the blow of the climate disasters for some heavily impacted communities.

In June, Gov. Gavin Newsom approved the state budget which included, among other things, billions of dollars to combat the impact of wildfires and droughts and resiliency investments in communities that are vulnerable to climate disasters such as fire and drought. It also aims to create protections for the state’s water, coastal and agricultural resources. Details of the investment proposals are still being worked out among legislators, as are countless other budget priorities that are part of the state’s $262 billion spending plan for this fiscal year.

But the billion-dollar, multi-year investments in resiliency, however, represents a historic attempt by California to fight climate change.

Amee Raval, policy and research director at the Asian Pacific Environmental Network, is among a group of advocates pushing the state to think more expansively about how to respond to the climate impacts being felt across the state. Before final approval of the California state budget later this fall, Raval and other advocates are pushing legislators to establish community “resilience centers,” in urban and rural areas as a way to meet “economic, health and social needs” of residents during disasters, she said.

The California Department of Food and Agriculture was granted $150 million in the 2021-2022 state budget to create a version of resilience centers at state fairgrounds, an idea still in its planning stages that was “very much prompted by and connected to climate change,” according to the department.

But the CDFA’s portion of resilience center funding is just part of the overall deal. Top legislators are still negotiating just how to allocate climate resiliency funds that will help respond in the future to weather extremes and natural disasters that continue to devastate communities.

For advocates and residents, utilizing existing community buildings or constructing modern buildings that would serve as resilience centers would be ideal, Raval says. They would provide immediate relief from wildfire smoke and extreme heat while creating spaces for food access and other assistance. Raval said while fairgrounds do offer large spaces for evacuation and shelters, they are not always close to those who would most be benefitted by them.

“With extreme heat, it’s isolated people that are most at risk, they’re disconnected from their communities,” Raval said.

She added that communities that had not considered the impacts of climate change are beginning to realize — much like the state as a whole — about the need to prepare.

We are in the midst of climate change. The past 10 years have been warmer than the other decades.

“This year and the last, these summers make clear that the climate crisis isn’t far off in the future. It’s here and it’s more intense than ever,” Raval said. “We are not equipped at all in terms of our infrastructure and community preparedness systems.”

In July, nearly four dozen people across Fresno County were taken to area hospitals to be treated for heat stress from triple-digit temperatures. Dan Lynch, emergency medical services director for the Fresno County Department of Public Health, said most of the heat-related incidents were in the Fresno-Clovis metropolitan area. For now, many signs point to potentially many more weeks of this, this year.

“Unfortunately, we are not done,” Kevin Durfee, meteorologist at the Hanford weather center, said. “We are in the midst of climate change. The past 10 years have been warmer than the other decades.”

Durfee said with no water on the ground during a drought, temperatures rise faster across the Valley. The number of triple digit heat days across the Valley are close to meeting the yearly average even as the summer is halfway over.

“Lack of precipitation and the heat, they all work together,” Durfee said.

California’s Fourth Climate Change Assessment report notes that air conditioning will play a critical role in future rising temperatures. The statewide report projects between 6,700 to 11,300 deaths from heat in 2050. The same report states increasing air conditioning in homes across the state can reduce the projected mortality rates by 30 percent. 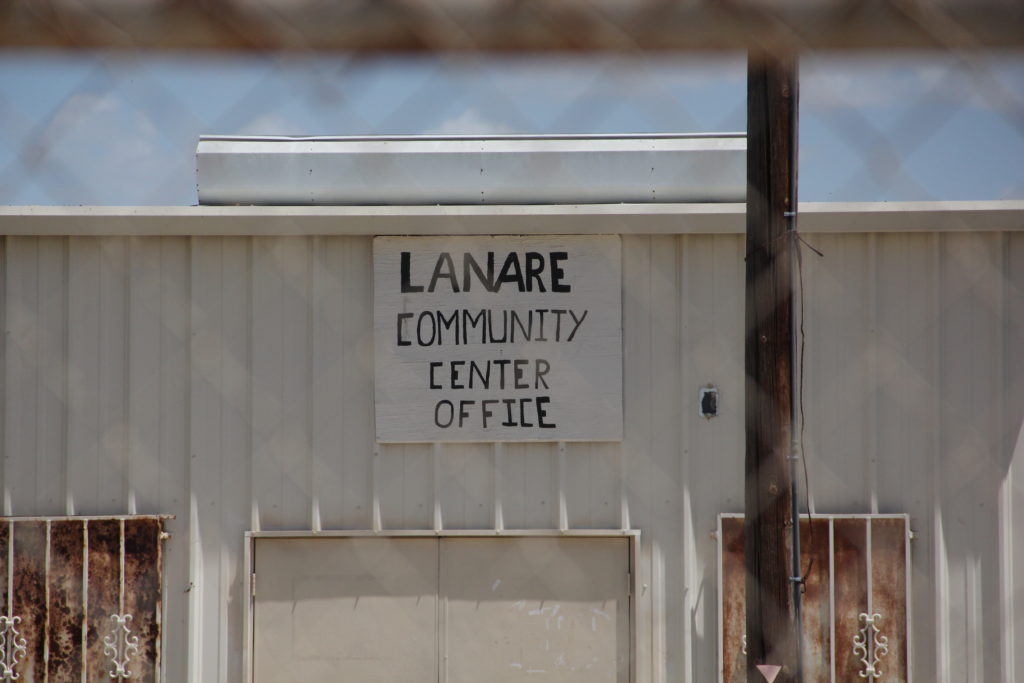 Isabel Solorio, a 53-year-old housekeeper who lives in southern Fresno County, is one of many residents living in rural communities where being indoors during extreme heat waves has become a chore.

Solorio manages the Lanare Community Center, a 10-acre property with an office built in the 1970s that has no cooling system inside and broken ceiling tiles that reveal leaks and holes. Despite being in those conditions, the center was the place where hundreds of farmworkers arrived in February for their COVID-19 vaccines. Food bank distributions also arrive there regularly for families.

“These heat waves are insane,” Solorio said in Spanish one recent afternoon after work. “If the community center was a cooling center, we would be better off. It needs to be rebuilt, from the outside and the inside.”

Joaquin Arambula, a former emergency doctor and California assemblymember representing rural communities in the Fresno area, requested funding from the state to improve the Lanare Community Center, but the funds did not make it into the state budget. Arambula said in a statement that he has seen the importance of the center for the community and is searching for funding to improve it, including seeking similar potential centers in other small communities.

“We saw firsthand how vital that center is to the residents, most of whom come from low-income families, and the need to improve it,” Arambula said. “These places not only serve as vaccination sites, but can be cooling centers, emergency response centers, food distribution centers, and more.”

Solorio said her neighbors who rely on swamp coolers tend to trade the heat indoors for the heat outdoors to keep costs down. Her own electricity bill for June came out to $315, she said, despite living alone with her husband.

Advocates say currently cooling centers alone won’t solve the problem, saying even if residents make the drive to cooling centers, often through long, rural roads, they are still unsure as to what services will await them when they arrive. Providing consistent services and upgrading local infrastructure for residents in need is something Solorio and advocates say should be part of the climate investment discussions.

Lynch, the emergency medical services director for the county, said fewer than a dozen people have shown up at cooling centers stationed in the city of Fresno and other places. He acknowledged the transportation limitations of residents, and said it has been a challenge even for COVID-19 outreach efforts.

“From the public health standpoint, transportation has always been a challenge in our rural area,” he said. “We can’t depend on people being able to have access to adequate transportation to anything, so that’s always going to be a challenge.”

Solorio said the solution is simply to bring the resources to small, rural communities like hers, which she said she has always felt left behind during emergencies. She would like to keep running the community center for her neighbors, but under better conditions.

“There are many things I would love to do there, but with the way it is, I don’t even like to think about it,” Solorio said. “I go pack food boxes, and I’m burning indoors.”