DULAC, La. – Nearly two months after Hurricane Ida damaged Southeast Louisiana with catastrophic winds and flooding, Indigenous leaders along the coast say they are struggling to recover in part because their tribes do not have federal recognition and therefore do not qualify for direct assistance from the U.S. government.

Only four of the state’s 15 tribes have met the federal criteria to be recognized as sovereign powers. Ida, one of the strongest storms to hit Louisiana since the 1850s, not only brought more coastal land loss to the bayou region, but it left vulnerable tribal communities with nowhere to go. Some, especially the tribe’s elders, can’t return home and many remain separated from their ancestral lands. Many live in the six parishes that took a direct hit from the storm.

“It’s very painful. My poor people, they have nothing left. Ida devastated almost every home,” Theresa Dardar, a Pointe-Au-Chien tribal member, told the PBS NewsHour. “It is frustrating and very hurtful because I hate seeing my community like this. I would like to see my community rebuilding instead of having to wait so long for help.” 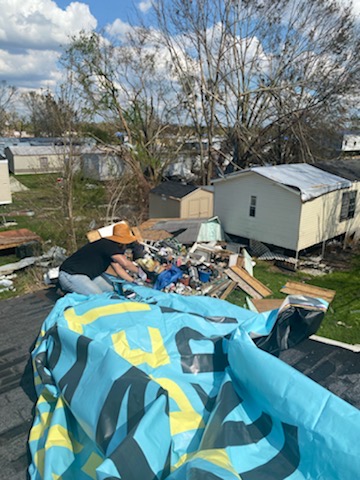 Tribal members in Pointe-Au-Chien rely on volunteers to repair the damage caused by Ida. Photo by Drake LeBlanc/Tele-Louisiane

Without federal recognition, recovery is slower because the coastal tribes lack direct access to certain federal assistance and benefits. Following a federally declared disaster, tribes recognized by the government are treated autonomously, much like states, which allows them to directly negotiate aid and, in many cases, deliver it to their communities more quickly. For example, after Hurricane Dorian in 2019, FEMA provided assistance to the Seminole Tribe in Florida, which allowed its members access to community disaster loans, crisis counseling, disaster legal services, disaster unemployment assistance, fire management grants, disaster housing, and hazard mitigation grants.

“It’s tough. It’s like we’re at the end of the world, and we’re treated that way too.”

Outside of disaster recovery, federal acknowledgment means a tribe is treated as a nation within a nation, able to set up its own government, legal system, and taxes and fees. Recognition also brings critical federal investments in medical care, land trusts, housing, and education. It also can lead to tribes opening casinos in future years through a separate approval process. Additionally, many federal agencies have programs designed specifically for federally recognized tribes.

Five hundred seventy-four Native American tribes are currently recognized by the U.S government. But more than 200 tribes do not have federal recognition, affecting tens of thousands of tribal members. The United Houma Nation, the largest tribe in Louisiana, has been fighting for federal recognition for 40 years. As many as 15,000 of its members’ homes suffered damage in Ida, Chief August “Cocoa” Creppel of the United Houma Nation told the NewsHour. 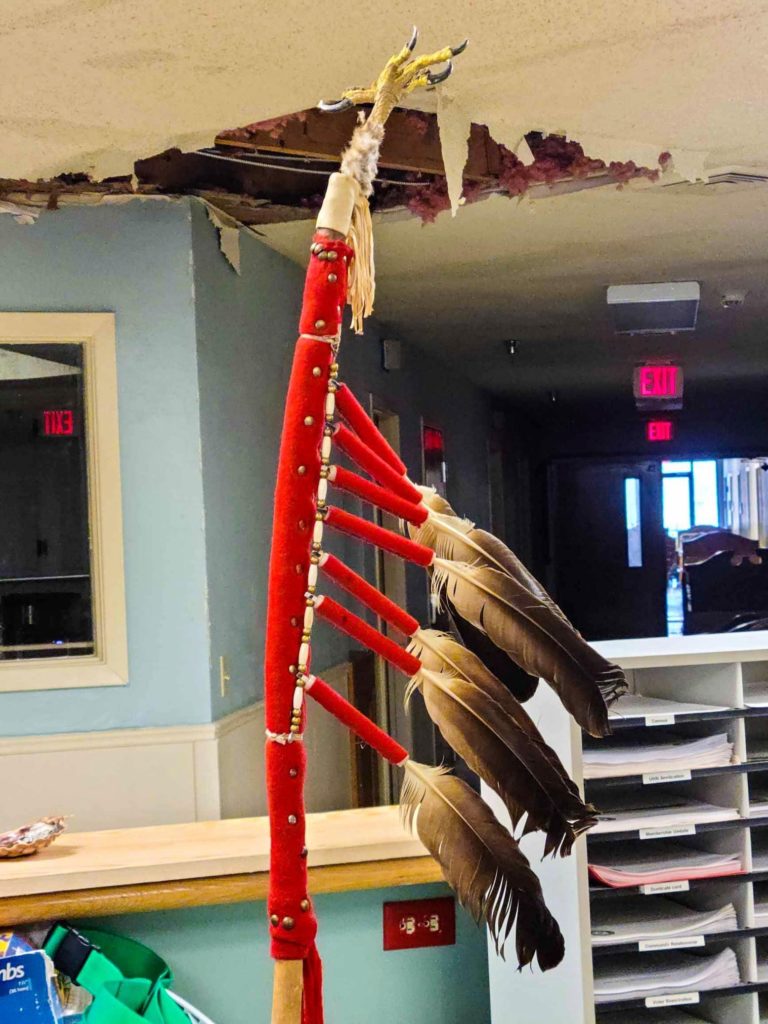 Hurricane Ida caused extensive damage to the roof of United Houma Nation building which was used to distribute relief goods. Photo by UHN

“For me, federal recognition is such a big fight for my people,” Creppel said. “They’ll send billions of dollars to other countries and won’t take care of their own people.  We were the first people here, but we get treated worse than … third-class citizens. There are times I’ll tell people, we were the First Nation, but we feel like we are a forgotten nation.”

“The hard part is being the chief and the leader and seeing how much our people’s lives changed in just a few hours. And, you know, there’s nothing I can do about it,” he added.

“Federal recognition is urgent because it would put coastal tribes on a different playing field by immediately bringing in money and supplies,” Creppel said. Once the tribe submits again for recognition, it could take two to four years to reach a decision. So for now, that fight will have to wait until tribal citizens are safe and back home.

“We can’t be in Washington fighting for what’s ours.”

“When a hurricane hits like this, it does slow down the effort because we can’t be in Washington fighting for what’s ours,” Chief Creppel said. “It’s a problem because we have land washing away every day and don’t have much land left for people to run to.”

In 1994, the Bureau of Indian Affairs rejected a petition from the United Nation of Houma because it did not meet the federal criteria needed to earn the formal status. One of the main criteria for federal recognition is proving community, which can be difficult for a variety of reasons, from lack of documentation to growing displacement and land loss from things like natural disasters.

Proving descent from a historic tribe is also particularly challenging, said Adam Crepelle, a United Houma Nation citizen and a tribal law expert at George Mason University.  He pointed to an estimate that about 70 percent of current federally recognized tribes couldn’t pass through the federal acknowledgment process today because they didn’t have the records to prove it. In that way, the process is discriminatory, he said.

“Indians couldn’t read or write. Most of it was oral history,” he told the NewsHour.

The Bureau of Indian Affairs did not respond directly to questions about how the rules for federal recognition account for oral history, or whether they are discriminatory. 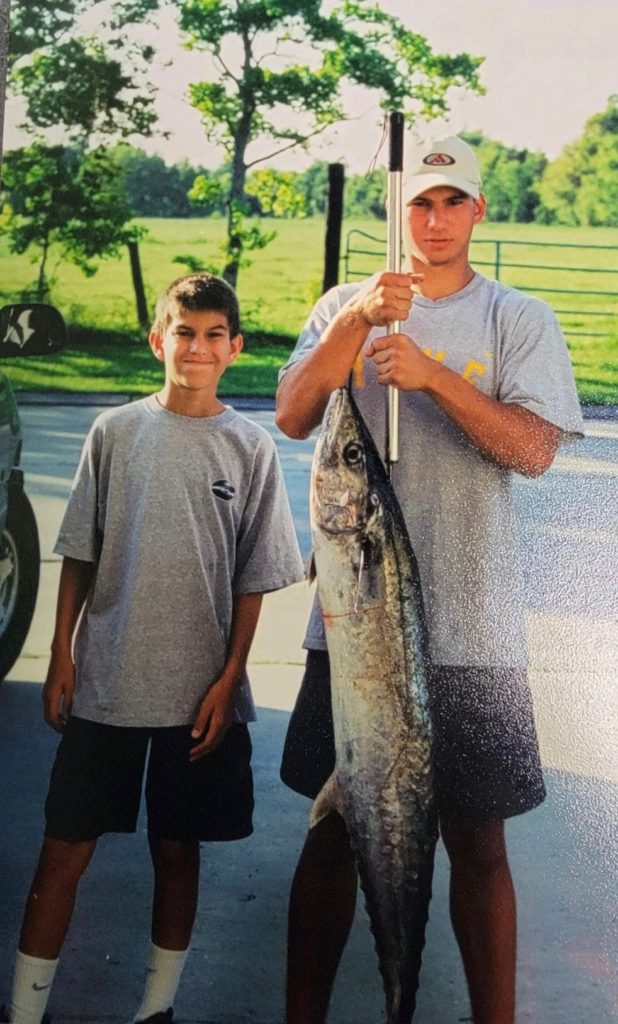 Tribal citizens, Adam Crepelle (r) and his brother Alex (l) in a childhood photo after a fishing trip in coastal Louisiana. Crepelle is now a tribal law expert at George Mason University fighting for recognition for the United Houma Nation. Photo by Crepelle Family

“Many of the tribal citizens were recognized as Native Americans when they were discriminated against and weren’t allowed to attend public schools,” Crepelle added. “But to this day, the Bureau of Indian affairs says we’re not a tribe.”

In 2015, under former President Barack Obama, some of the rules were revised in an effort to make it easier for some tribes to obtain federal recognition, including an expansion of the time period from which tribes can draw documentation and efforts to make the process more transparent. Critics say trying to pursue rule changes is not ideal because objectively defining ‘“community” and “political influence” is difficult. Most in the tribal community believe their decades-long fight could end tomorrow if elected or federal officials intervene. Crepelle said Congress has already stepped in to recognize seven native American tribes across the country since 1993 and could do the same for those Indigenous tribes in Louisiana. Interior Secretary Deb Haaland is the country’s first Native American cabinet secretary but has not yet addressed the issue.

“The storm has brought tremendous attention to the tribes. Hopefully, this attention can shed light on the situation of the Houmas and others and their ambiguous legal status. Congress has the power to rectify and pass legislation tomorrow getting this done,” Crepelle said.

To the Houma Nation chief, it’s the right thing to do. “We’re not asking for nothing that wasn’t ours. They took away what was ours, and now they’re trying to tell us that we are not who we are. We have always been the same people and the same tribe, so just do what’s right and recognize our people,” Chief Creppel said. 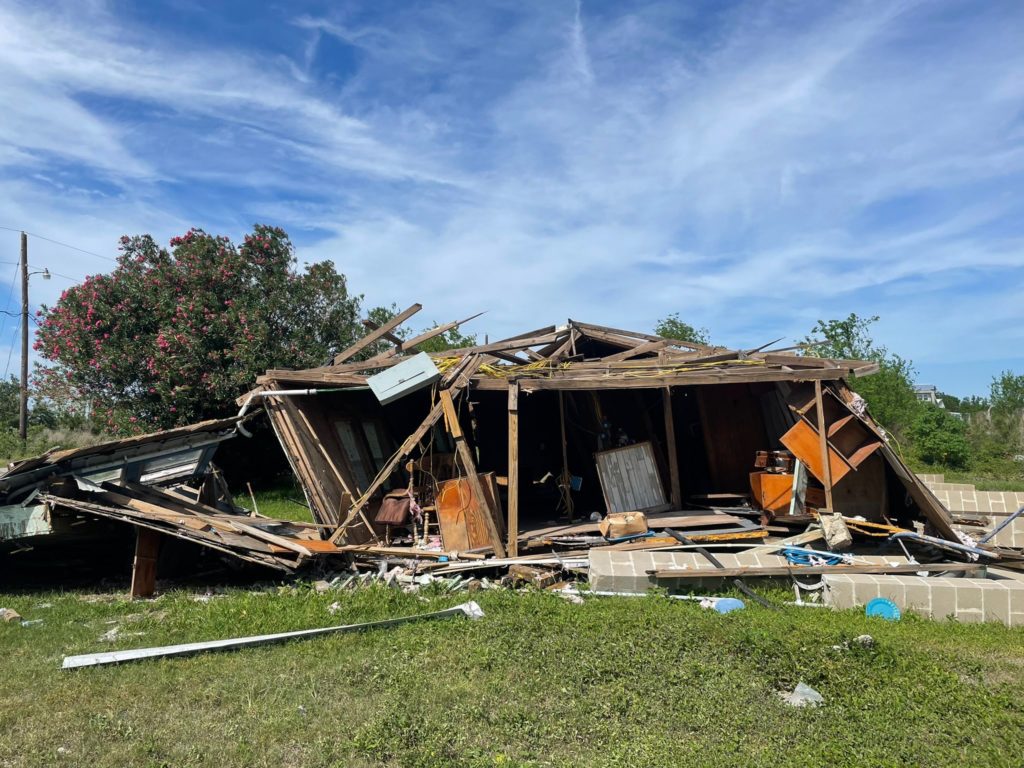 The Isle de Jean Charles band of Biloxi-Chitimacha-Choctaw Tribe is also struggling to recover without federal recognition, and with the added complication of being in the middle of a $48.3 million multi-year resettlement program to move members from their historic Isle de Jean Charles community to another location because of continued land loss — they’re considered the nation’s first “climate refugees.”  Three dozen families are planning to move to a new 500-acre location about 40 miles inland, but Chief Albert Naquin of the Isle de Jean Charles band of Biloxi-Chitimacha-Choctaw Tribe says the program is riddled with problems. After nearly six years, only three homes are under construction, he said.

Only 14 homes belonging to full-time residents remain in the community, and two-thirds of them were badly damaged. Many structures left standing were shredded almost beyond recognition.

“It makes it tough to assist when everyone is scattered. It’s very depressing. We used to deliver help house to house, and now there is no one left on the island. We’ve gotten almost no help.” Naquin said. “The Indians don’t even get the crumbs. If we were federally recognized, we could bypass the state and parish and we’d be better off. We could have helped our people.” Chief Naquin says he hopes the tribe will be ready to resubmit for federal recognition by next year.

Chris Brunet’s home on Isle de Jean Charles has major damage due to his collapsed roof and walls. The island has lost about 98 percent of its landmass over the past 70 years. The latest storm has left more of the tribe scattered. While others question how much longer southeast Louisiana can sustain coastal communities, a sign in the front of Brunet’s damaged home states his position clearly: “Isle de Jean Charles is not dead; climate change sucks.”

“Recovery is a slow process. A lot is not in our control,” an emotional Brunet told the NewsHour from his home. “The damage is severe, but it’s not the end of the island. It’s just not. Some people have come back and it’s a testimony to that. No, Isle de Jean Charles is not dead. There are some that moved away, but we have to try to keep intact as much as we can.” 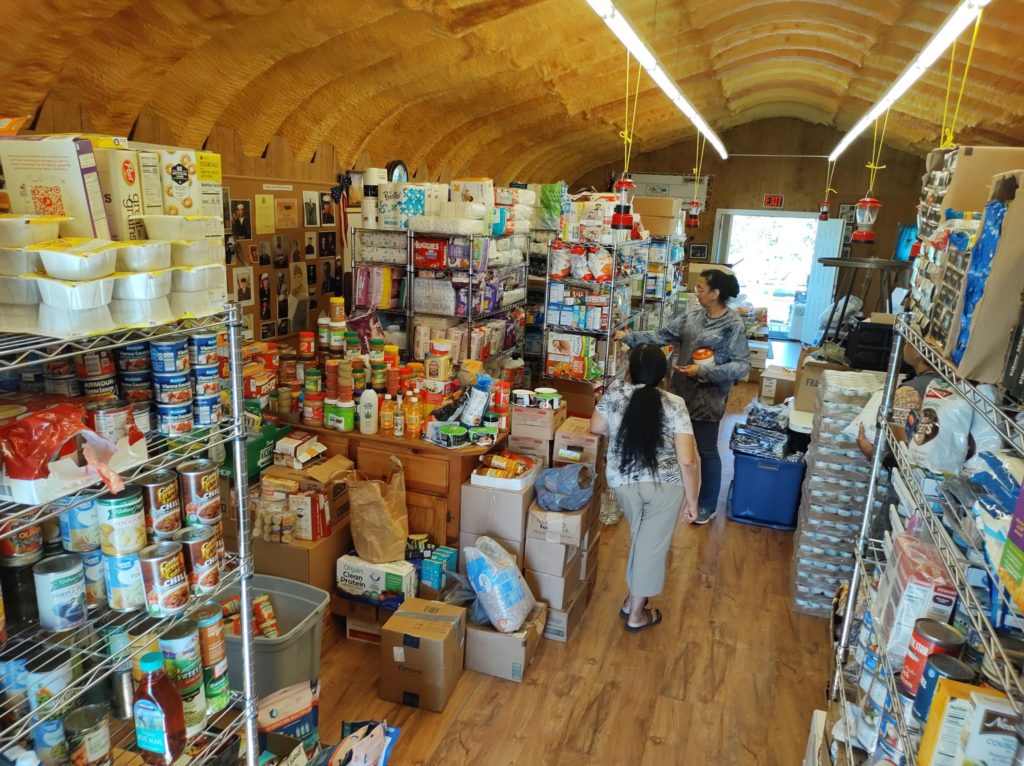 Pointe-Au-Chien tribal center was spared from Ida’s damage and used as a “free shop” for community members to get goods. Photo by Point-au-Chien/Facebook

Back in Pointe-Au-Chien, Theresa Dardar and her husband, Donald Dardar, the Pointe-Au-Chien tribe’s co-chairman, have been working to hold their community together. Of the 80 homes in lower Pointe-Au-Chien, only seven are livable. The tribal center was one of the few places spared, so the couple worked with their community to convert the one-room community center into a store where anyone could “free shop” for badly needed items like canned goods, water, diapers, and drinks. Donations and contributions to a GoFundMe campaign have also provided much-needed relief to the fishing village about 70 miles south of New Orleans.

“It’s tough. It’s like we’re at the end of the world, and we’re treated that way too. We’re always last for everything,” Theresa Dardar said. “Our people are scattered. We have families in Mississippi. Some are living here. I just don’t know where everyone is. Most everyone wants to come back home. They say they will rebuild because they want to hang onto this community.”

Dardar says recognition will remove many barriers for the tribes on the front lines of the threat of climate change, which threatens the preservation of the tribal communities’ heritage and land with each more intense storm.

Either way, many in this tight-knit community want to rebuild stronger.

“Well, we’re all family. And, you know, you don’t break up a family,” Dardar said. “Where would you have us go? Is there one state that don’t have natural disasters and would everybody fit in that one state? If you’re going to move us, then you have to move the people in tornado alley, the people who experience forest fires, the ones that experience mudslides and droughts. Where would you have us go?”

“We don’t have much time,” she added. “I think a stronger storm will wipe this community out. We have a lot at risk. It is time for the American Indian to start making noise. We are too much of a quiet people.”

Left: Theresa Dardar from the Pointe-Au-Chien tribe looks over damage and waits for recovery help. Photo by Drake LeBlanc/Tele-Louisiana