The House Intelligence Committee has released a redacted version of a whistleblower complaint at the center of Democrats’ impeachment probe of President Donald Trump.

The whistleblower’s identity has not been made public. 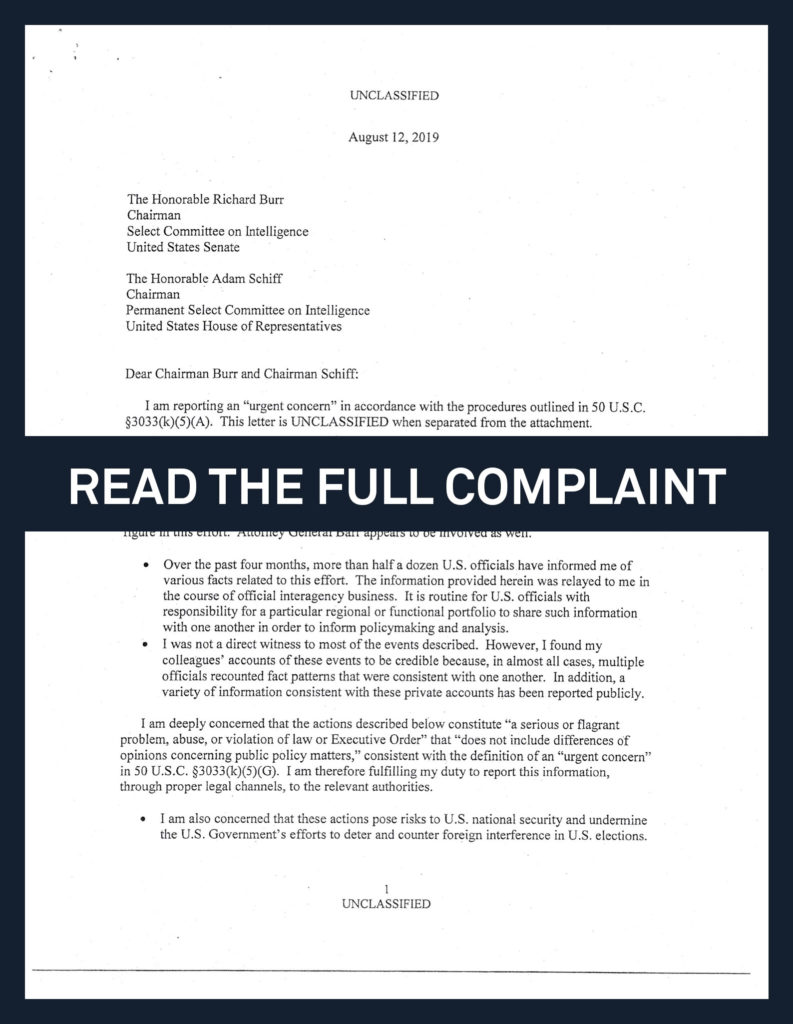 The complaint is at least in part related to a July phone call between Trump and Ukrainian President Volodymyr Zelenskiy in which Trump prodded Zelenskiy to investigate Democratic political rival Joe Biden.

The White House released a rough transcript of that call Wednesday morning.