Antarctica is losing ice twice as fast as anyone thought

Over the last 25 years, melting Antarctic ice has added nearly 3 trillion tons of water to the ocean, enough to fill Lake Erie six times over. That’s according to a study published Wednesday in the journal Nature, which used more satellite data than any other investigation of Antarctica.

By measuring the Earth’s gravitational pull and changes in ice sheets, the researchers show a sharp uptick in Antarctica’s contribution to sea level rise over the last decade.

Most of this ice loss comes from West Antarctica, where the rate of ice melting tripled over the past quarter century from 58 billion to 175 billion tons per year. Less substantial losses occurred in the Antarctic Peninsula, while East Antarctica remained mostly unchanged. 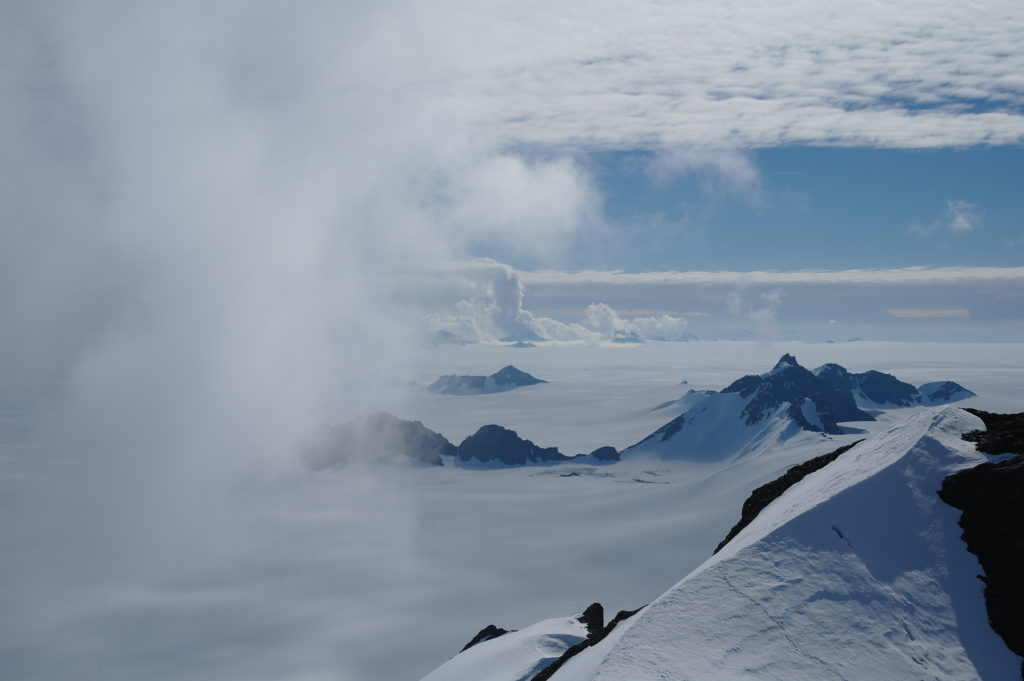 Previous studies reached different conclusions over whether the Antarctic ice sheet was shrinking or growing, said Andrew Shepherd, a polar scientist at the University of Leeds and co-author of the study. “This was causing a lot of concern among people who actually wanted to know the right answer.”

The new study shows that Antarctic ice is melting twice as fast as what was found in a 2012 report, which was formerly the most comprehensive investigation on the subject.

In this new work, Shepherd and a team of 83 international scientists amassed more satellite data on Antarctica than all of the 150 assessments conducted on the southern continent since 1989. 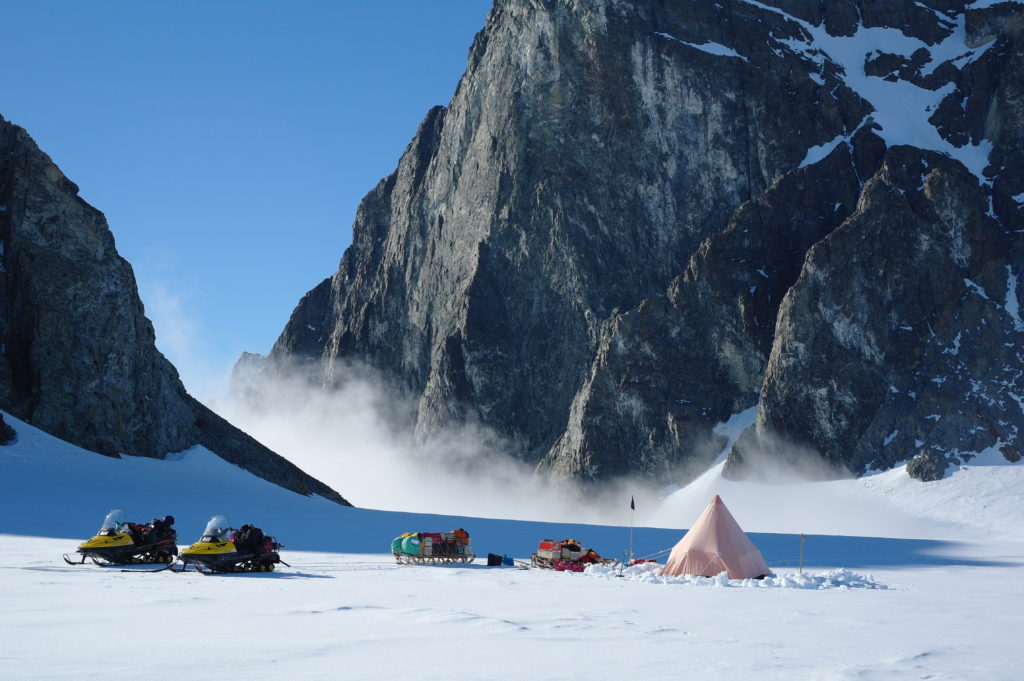 The latter fed the idea that while West Antarctica might melt away in the future, East Antarctica’s ice accumulation could make up the difference — an argument that is sometimes used by climate change deniers.

Animation illustrating changes in thickness and sea level contribution due to Antarctica between 1992 and 2017. Red indicates a drop in ice levels (measured in meters) while blue indicates an increase in ice levels. Photo by planetaryvisions.com

The main contributors to sea level rise are melting ice sheets atop Greenland and Antarctica, eroding glaciers like those in Alaska and heat-based ocean expansion.

“It’s like a three-slice pie,” Oppenheimer said. “And the ice sheet contribution is expected to grow fastest over the coming decades, so it’s of great concern.”

Using satellite data, the team worked out the change in weight for the entire of continent of Antarctica, including its ice.

Satellites can gauge the pull of gravity on Antarctica, which scientists can use to build models of how the land beneath the ice changes over time. Subtract the land mass from the total weight over time, and you have a rough estimate for the weight of ice on Antarctica.

The team also measured the speed of the glaciers and how rapidly they’re breaking off to form icebergs in the oceans. “That’s a really reliable way of checking whether the changes are due to ice or snow because we’re just measuring the ice,” Shepherd said. 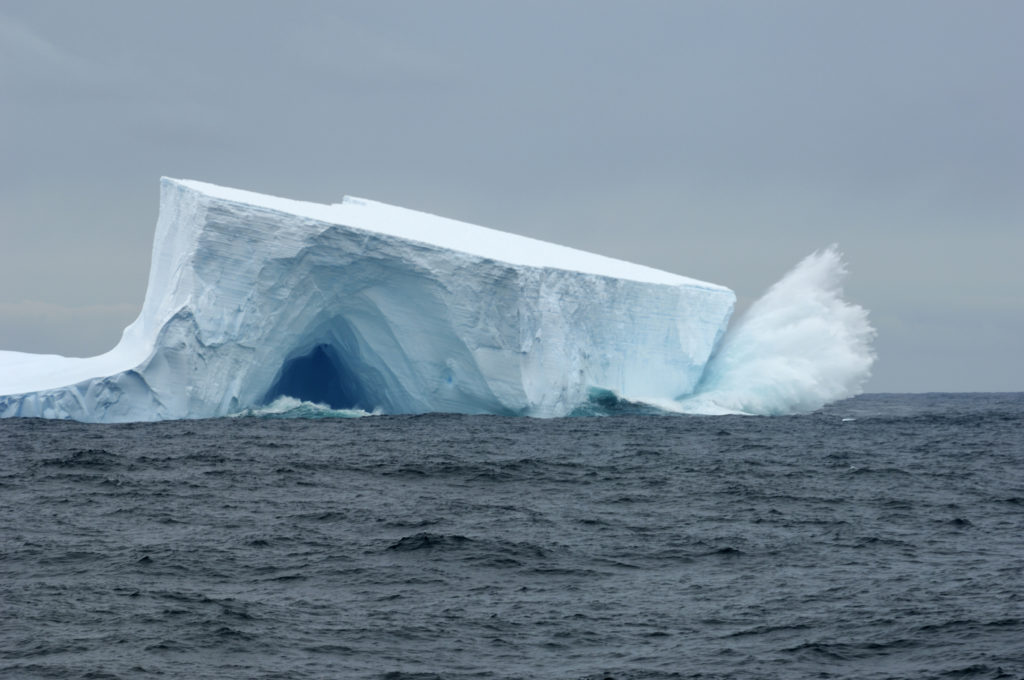 Waves crashing on a tabular iceberg in the Scotia Sea near Antarctica. Photo by Wolfgang Kaehler/LightRocket via Getty Images

Over the course of 25 years, Antarctica lost the equivalent of 760 trillion gallons of water, akin to pouring the contents of Lake Huron into the world’s oceans. This loss only represents a tiny fraction — 0.01 percent — of Antarctica’s total ice, Shepherd said.

“This is really a trove of data that we will be using extensively in the next 10 years to improve our [sea level rise] models,” said Eric Larour, sea level and ice supervisor at NASA’s Jet Propulsion Laboratory, who wasn’t involved in the study.

According to the study, Antarctica has contributed about 10 percent of the world’s sea level rise — a third of an inch — over the last 25 years.

If this trend continues, scientists expect sea level rise will not only affect people living on the coasts, but inland communities as well due to increased flooding of rivers and bays. Floods that normally happen every 100 years could happen every year, Oppenheimer said.

Left: West Antarctica made the greatest contribution to sea level rise, compared to other portions of the Antarctic ice sheet, between 1992 and 2017. Photo by imbie/Planetary Visions