These 700 new species are facing extinction

Populations of a vulnerable species of marine mammal, numerous species of abalone and a type of Caribbean coral are now threatened with extinction, an international conservation organization said Friday.

The International Union for Conservation of Nature announced the update during the United Nations Convention on Biological Diversity, or COP15, conference in Montreal. The union’s hundreds of members include government agencies from around the world, and it’s one of the planet’s widest-reaching environmental networks.

The IUCN uses its Red List of Threatened Species to categorize animals approaching extinction. This year, the union is sounding the alarm about the dugong — a large and docile marine mammal that lives from the eastern coast of Africa to the western Pacific Ocean.

The major threats to the animal are unintentional capture in fishing gear in East Africa and poaching in New Caledonia, IUCN said. It also suffers from boat collisions and loss of the seagrasses it eats, said Evan Trotzuk, who led the East Africa red list assessment.

Analysis: Is China ready to lead on protecting nature at the upcoming UN biodiversity conference? 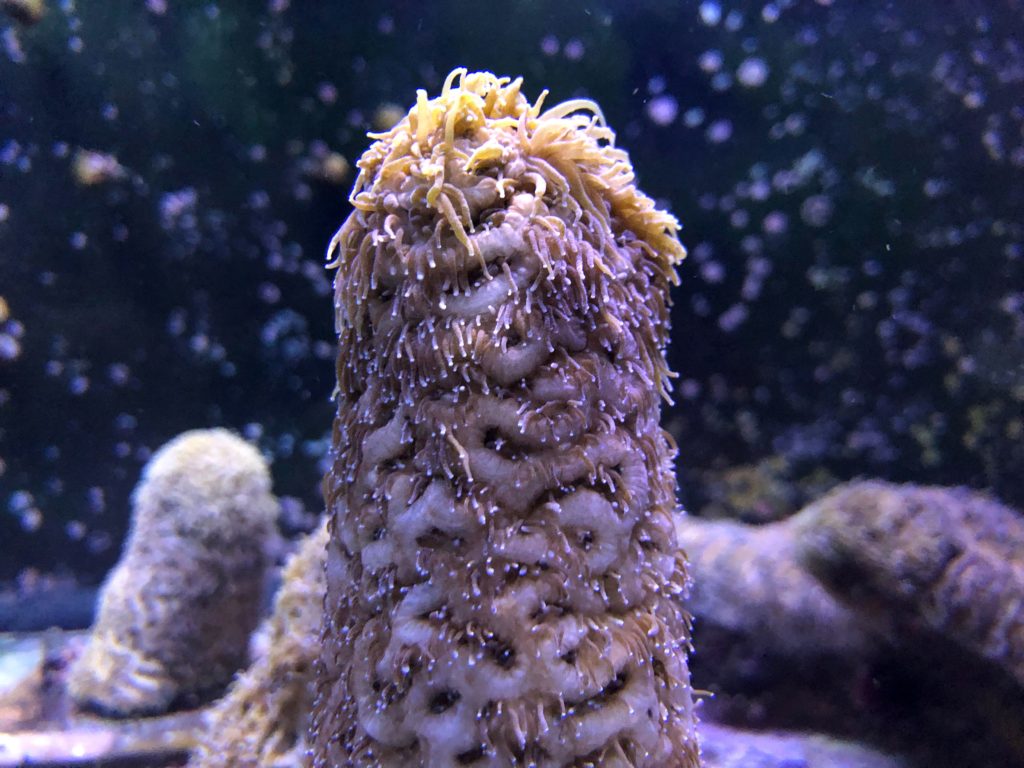 Pillar corals in a water tank at the labs of The Florida Aquarium Conservation Center in 2019. Photo by GIANRIGO MARLETTA/AFP via Getty Images

The IUCN Red List includes more than 150,000 species. The list sometimes overlaps with the species listed under the U.S. Endangered Species Act, such as in the case of the North Atlantic right whale. More than 42,000 of the species on the red list are threatened with extinction, IUCN says.

IUCN uses several categories to describe an animal’s status, ranging from “least concern” to “critically endangered.” IUCN typically updates the red list two or three times a year. This week’s update includes more than 3,000 additions to the red list. Of those, 700 are threatened with extinction.

Jane Smart, head of IUCN’s Centre for Science and Data, said it will take political will to save the jeopardized species, and the gravity of the new listings can serve as a clarion call.

WATCH: The tough decision of which species to save from extinction

“The news we often give you on this is often gloomy, a little bit depressing, but it sparks the action, which is good,” Smart said.

Pillar coral, which is found throughout the Caribbean, was moved from vulnerable to critically endangered in this week’s update. The coral is threatened by a tissue loss disease, and its population has shrunk by more than 80 percent across most of its range since 1990, IUCN said. The IUCN lists more than two dozen corals in the Atlantic Ocean as critically endangered.

Almost half the corals in the Atlantic are “at elevated risk of extinction due to climate change and other impacts,” Beth Polidoro, an associate professor at Arizona State University and red list coordinator for IUCN.

Unsustainable harvesting and poaching have emerged as threats to abalone, which are used as seafood, IUCN said. Twenty of the 54 abalone species in the world are threatened with extinction according to the red list’s first global assessment of the species.

Threats to the abalone are compounded by climate change, diseases and pollution, the organization said.

READ MORE: What genetic sequencing can reveal about the secret lives of bees

Left: A dugong named Mariam swims in the waters around Thailand's Libong Island in 2019. Photo by SIRACHAI ARUNRUGSTICHAI/AFP via Getty Images