What this year’s Whitney Biennial says about contemporary American art 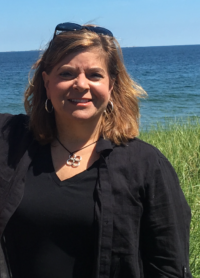 The biennial exhibit at the Whitney Museum of American Art represents a big moment for contemporary art, featuring some of its biggest names. While works tackle various major social and political issues of the moment, they tend to do so in a way that feels “hopeful and often productive” instead of cynical. But as Jeffrey Brown reports, this year's show is accompanied by a controversy of its own.