The festival where Afghan youth got to shine

For three days, young people in Kabul could focus on painting, performances and photography, rather than the suicide bombings that have rattled the city. But the violence was never far from their minds — a reality of life that has shaped the ambitions of young Afghans.

“Many of the youth have been affected one way or the other by the wars that have been going on for decades,” said Nargis Mirzayee, a 23-year-old from Kabul. Mirzayee aspires to be a reporter, but says she has “a lot of concerns about my job,” because “reporting everyday events from different parts of the city carries high risks.”

The Afghan Youth Voices Festival, which started in 2010, wrapped up this year. Afghans from far-flung provinces gathered in the capital city one last time to celebrate ideas through film, theater, photography and — in the land where Persian poet Rumi was born — poetry readings.

“It is a special program that brings the youth together to teach and learn from each other,” said Ghafoor Islamkhel, the program’s manager and a board member of Afghanistan Youth Culture and Arts Organization, which has led the event since 2015 in cooperation with Internews and Counterpart International, and funding from USAID. AYCAO will continue to bring youth together for activities such as book clubs, poetry readings and exhibitions, but the festival itself will end without additional funding now that the five-year grant cycle has come to a close. 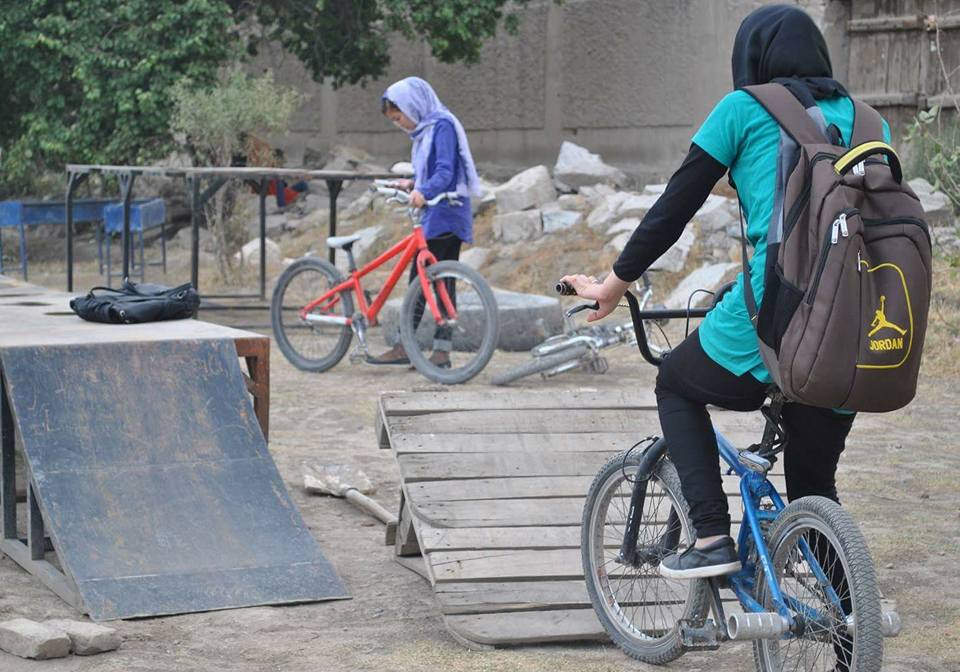 “The important thing is to keep this program going every year,” said Islamkhel. “There are many youth in Kabul and various other provinces who haven’t had their chance to shine yet, and we cannot take that away from them.”

Held April 19 to 21 in Kabul, this year’s festival highlighted events from years past through videos and live performances, including an all-girls bike squad and boys acrobatics team.

Participants learned how to post their thoughts and artwork on Facebook and Twitter. They also got a chance to talk about local issues in their communities, including drug addiction, child labor and violence — an outlet for discussion and expression they might not have in their daily lives. 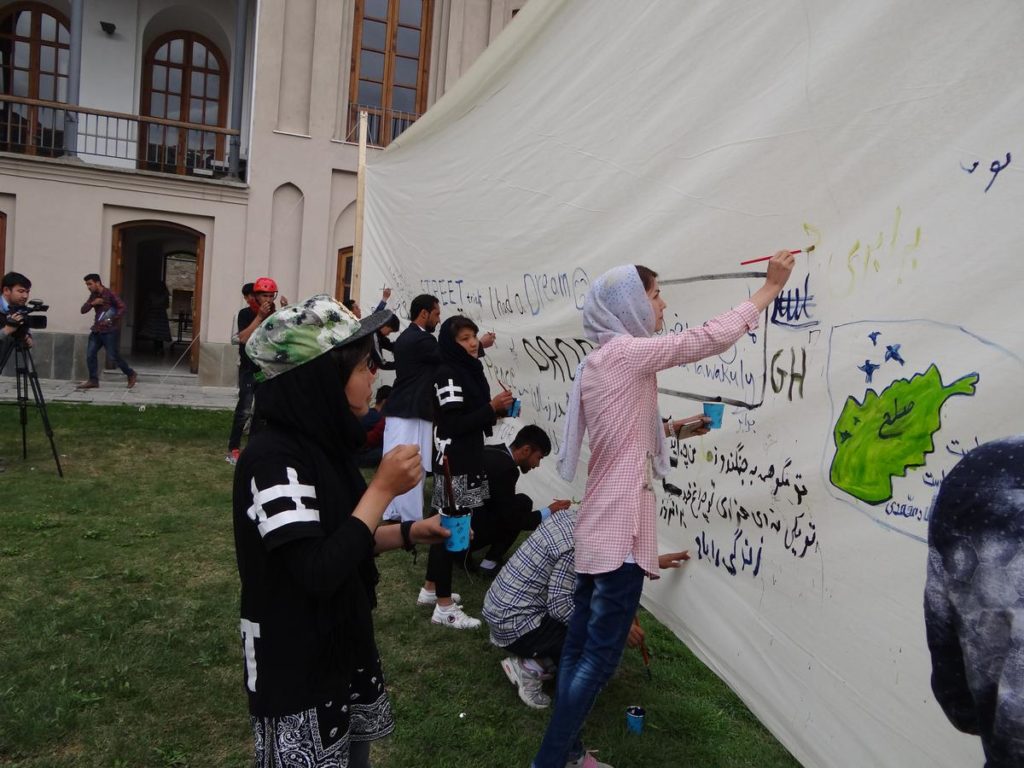 On the first day of the festival, participants could paint about issues that affected them. Photo courtesy of Internews

The program is open to all young Afghans, and the average age is between 19 and 25. Some said their families were skeptical at first that their participation would result in anything tangible, but then were glad to see them get jobs, develop other talents, or be distracted — at least temporarily — from daily challenges such as insecurity, said Sally Deffor, Internews program director in Afghanistan.

Mohammad Yasin Yoldash from Sar-e-Pul said he is cultivating skills as a photographer. “Everywhere I go, I try to see potential subjects, such as children who are working hard, the inappropriate behavior of policemen with civilians, or even the positive things going on in our society.”

More than 60 percent of Afghans are under age 25, and the country’s literacy rate is one of the lowest in the world at 38 percent, according to the CIA World Factbook. Many children find it hard to go to school because of violence, poor education systems particularly in rural areas, or they are working to try to earn more income for their families. Some of the photos exhibited at the festival highlighted these challenges. 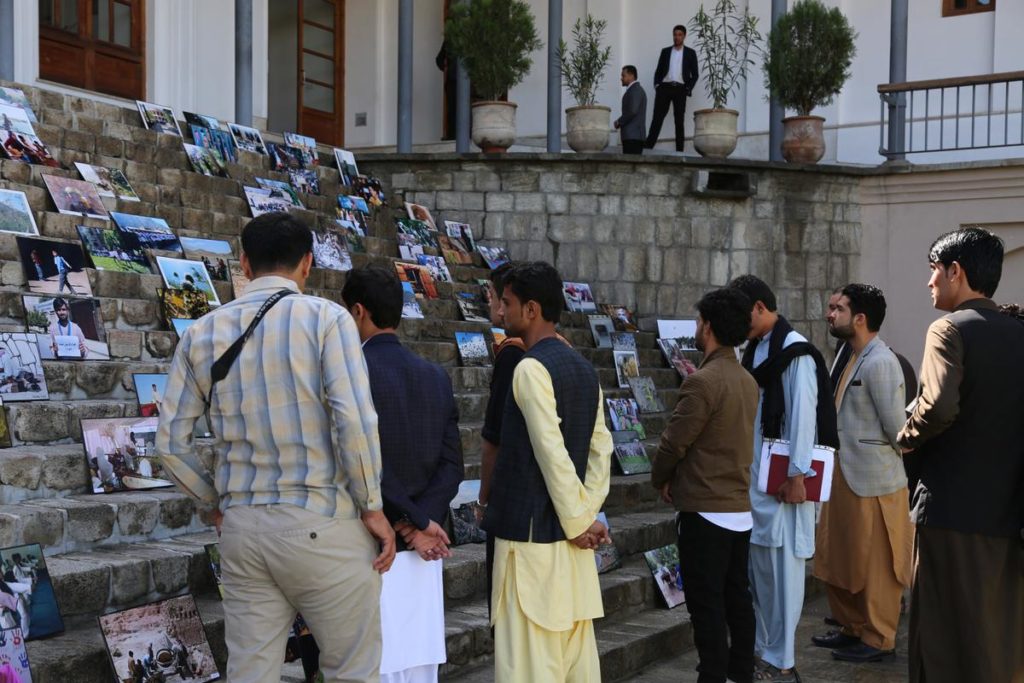 The festival highlighted photos taken over eight years from across Afghanistan. Photo courtesy of Internews

“We know that young persons are the decisive cornerstones of every community,” said Omidullah Mohammadi from Jawzjan province, “and it is the same in Afghanistan.”

View some of the photos displayed at the festival: 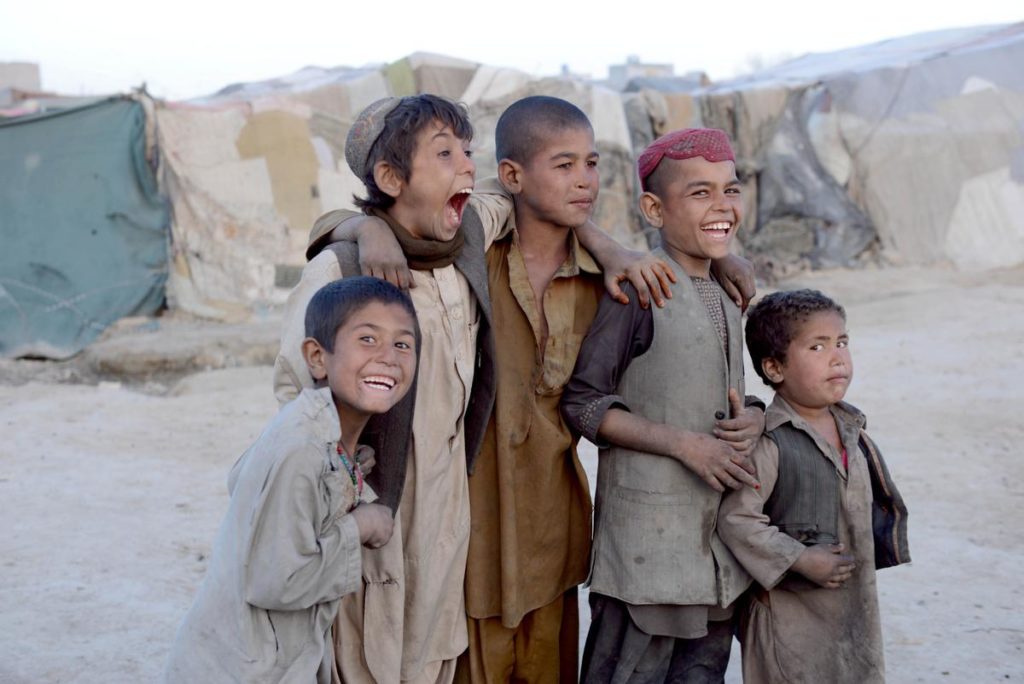 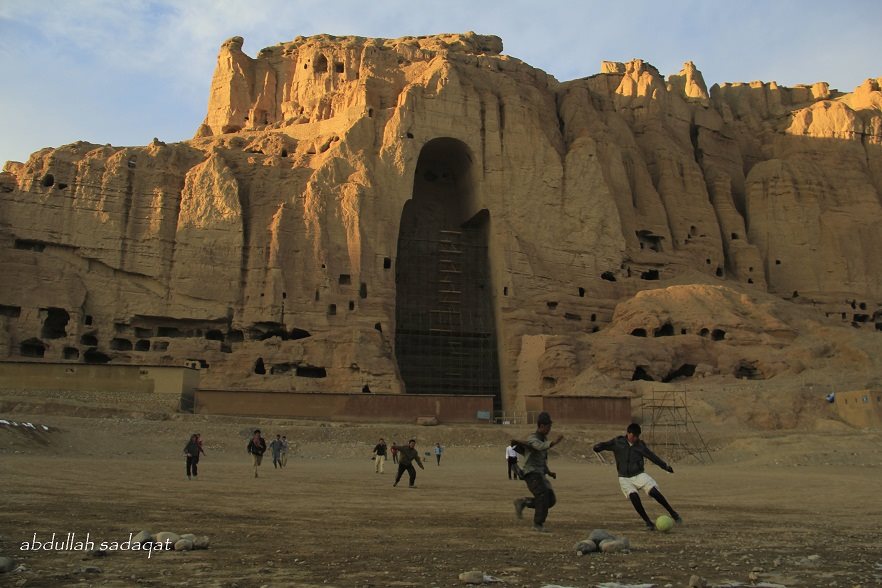 Children play soccer in Bamiyan, Afghanistan, in front of the cliffs where giant Buddhas were destroyed by the Taliban in 2001. Photo by Abdullah Sadaqat 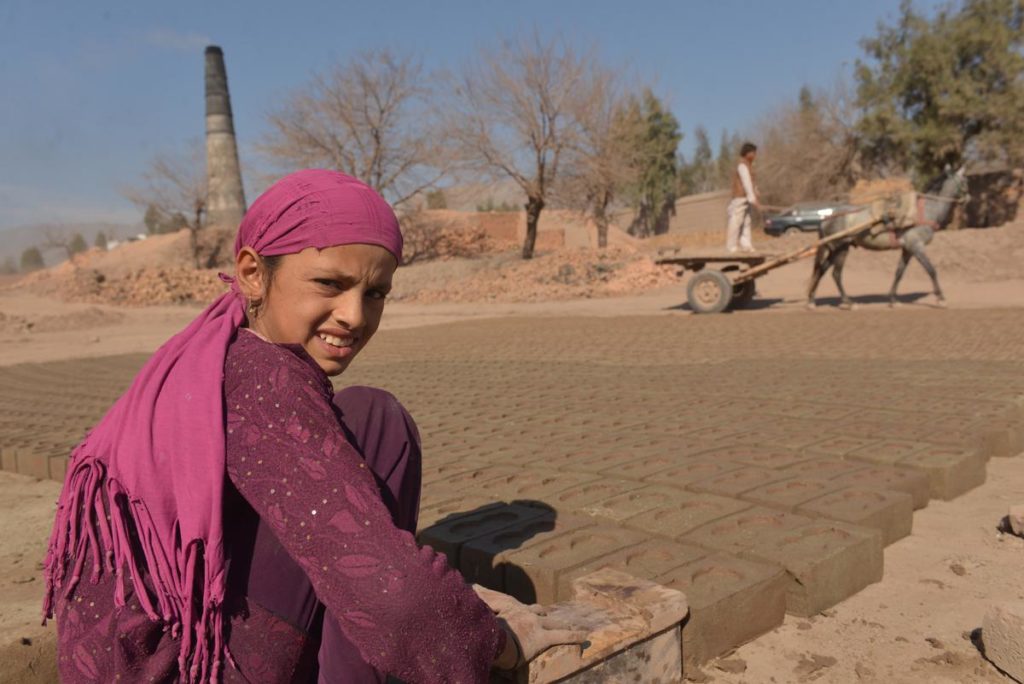 In Nangarhar, Afghanistan, some children work to help support their families. Photo by Melad Hamedi 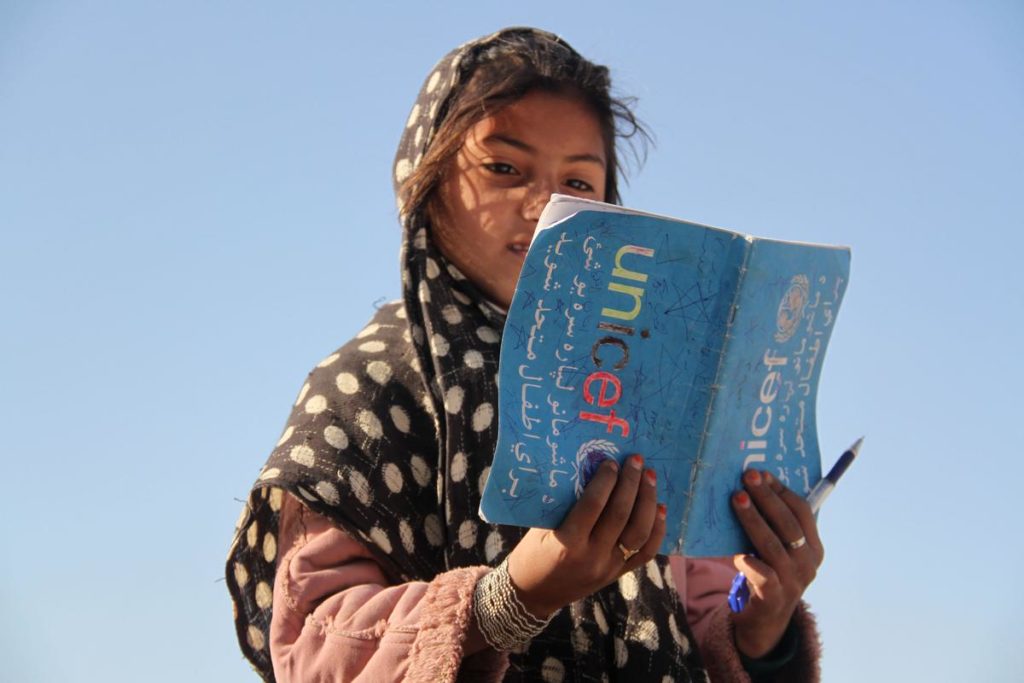 In Afghanistan, the literacy rate is one of the lowest in the world. Photo by Sifurahman Safi