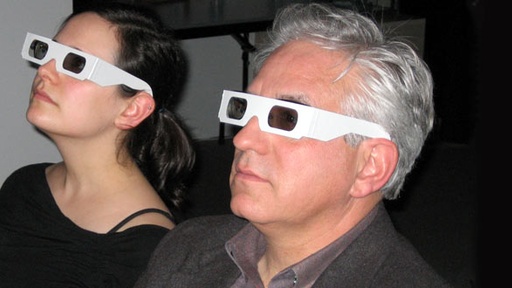 A woman in Portland, Oregon has a portable projection screen that may have helped save the Free World.

It came with a letter stating that in 1962, it was borrowed from a club of 3D photography enthusiasts in Dayton, Ohio to show President John F. Kennedy the aerial spy photos that helped him resolve the Cuban Missile Crisis.

Is it possible that, as the world faced nuclear Armageddon, the U.S. Air Force turned to an amateur club to help identify Russian missiles? Did this unassuming screen play a role in preventing World War III?

History Detectives visits Wright-Patterson Air Force Base and learns how the world's first supersonic photo-recon aircraft was rigged with 3D cameras to improve its vantage on Cuba's camouflaged missiles.