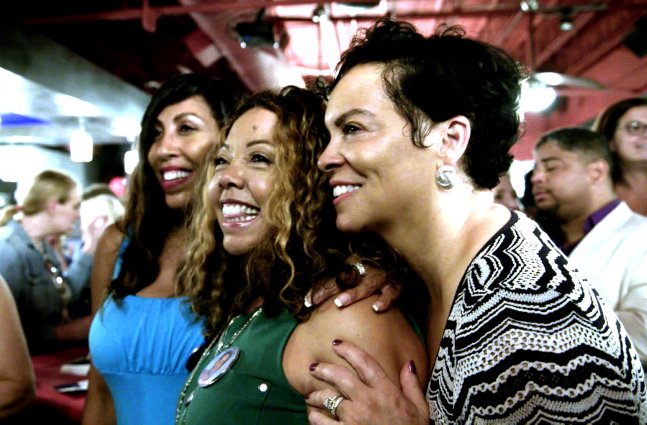 And She Could Be Next follows the grassroots campaigns of six women of color running for political office during the contentious 2018 United States midterm elections. Produced by female filmmakers of color, the documentary offers a behind-the-scenes glimpse of these women leaders whose personal motivations, political coalitions, and ground-level activism steamroll the expectations of their opponents and of the broader public — defying traditional notions of what it means to be a U.S. politician in the process. Part one of the two-part film provides a framework for a critical analysis of how race, gender, and class operate in electoral politics in the United States by focusing on how shifting demographics are perceived as a threat to contemporary and historic “democratic” power structures.

In this lesson, the idea of “The New American Majority” is explored through the analysis of the gendered and racialized dimensions of the narratives, identities, and historical inheritances of the six profiled candidates: Stacey Abrams, Bushra Amiwala, María Elena Durazo, Veronica Escobar, Lucy McBath, and Rashida Tlaib. Students break down the characteristics of grassroots organizing and intersectionality, and discuss how these concepts are central to the electoral politics of “The New American Majority.” Students will research the racial and gender demographics of their local, state, and federal elected officials and conduct an analysis of how the demographics of their representatives compare to their community.

“Viva La Causa” – this was the political motto of the National Farm Workers Association (NFWA), the labor union founded in 1962 and led by César Chávez, Dolores Huerta, and Gilbert Padilla. The NFWA’s causa — it’s fight for living wages, healthcare, and food safety — was a struggle waged via a number of weary paths, including the pursuit of political representation. Electoral politics was just one dimension of la causa, and it is a route that many, including the women in this film, continue to pursue today.

Diverse, worker-led campaigns to elect public servants are a critical part of democracy, but not the only part; as those who fought for la causa knew well, representation does not guarantee liberation. The women in this film, and the women who made this film, understand that it is not simply the act of running for office and winning that will free us. These women, like the NFWA leaders that inspire my pedagogical standpoint, understand that the mechanisms of white supremacy, patriarchy, and capitalism will continue to oppress us all if we do not teach others how they work to do so. I follow these leaders in advancing political education rooted in emancipation through critical pedagogy, with the belief that this is a necessary precondition towards the larger project of decolonizing imperial, capitalist structures of “democracy.”

A Note to Teachers

For many, discussion of the 2016 U.S. Presidential election can activate trauma, anxiety, and anger. The anti-immigrant, racist, misogynistic, and violent language that characterized that election carried over to the 2018 primary elections that are featured in this film. Take care to pay attention to students in your classroom whose identities, families, and communities are the intended target of this hateful rhetoric.

In this lesson, students will: