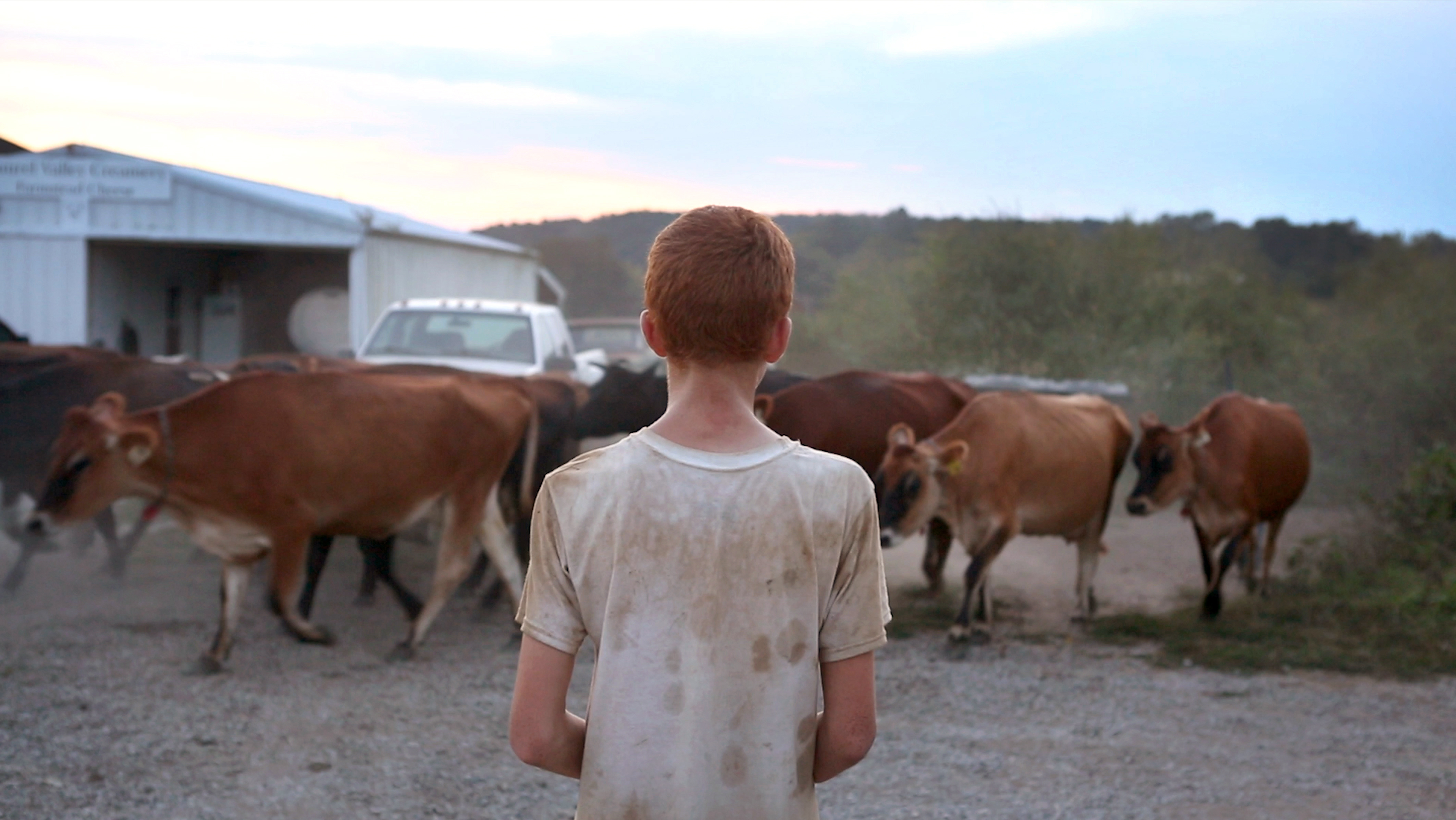 I am one of them. I grew up on a homestead in rural Ohio, the heartland of America – a kid of homesteaders, reinventing their suburban lives: raising hogs, growing heirloom tomatoes, defying the expectations. As I transitioned into adolescence, I watched as one after another our neighboring farms were forced to sell. The land grew fallow until it was either completely forgotten or turned into sprawling suburbs, full of cheaply built houses, with cupboards and refrigerators full of cheaply made food. It crushed something in me. My twenties were a spiritual quest to document humanity’s entangled relationship to the land.

When I began filming the Nolans in 2011, it felt like home. As the project developed, I made a conscious choice to continue filming solo to maintain a quiet, unobtrusive presence with the Nolan family. This approach allowed me to film the intimate, unguarded moments: Nick sick in bed, Celeste crying as she reaches her breaking point, the kids lost in their play and wonder. Throughout filming, they knew that I understood the weight of the struggles, as well as the bliss in between. With ease, we talked farming and factories, beauty and loss. They trusted me to understand and to translate the nuances of their lifestyle, their sacred relationship to the land, and their Sisyphean effort to survive as a small sustainable farm in today’s corporate climate.