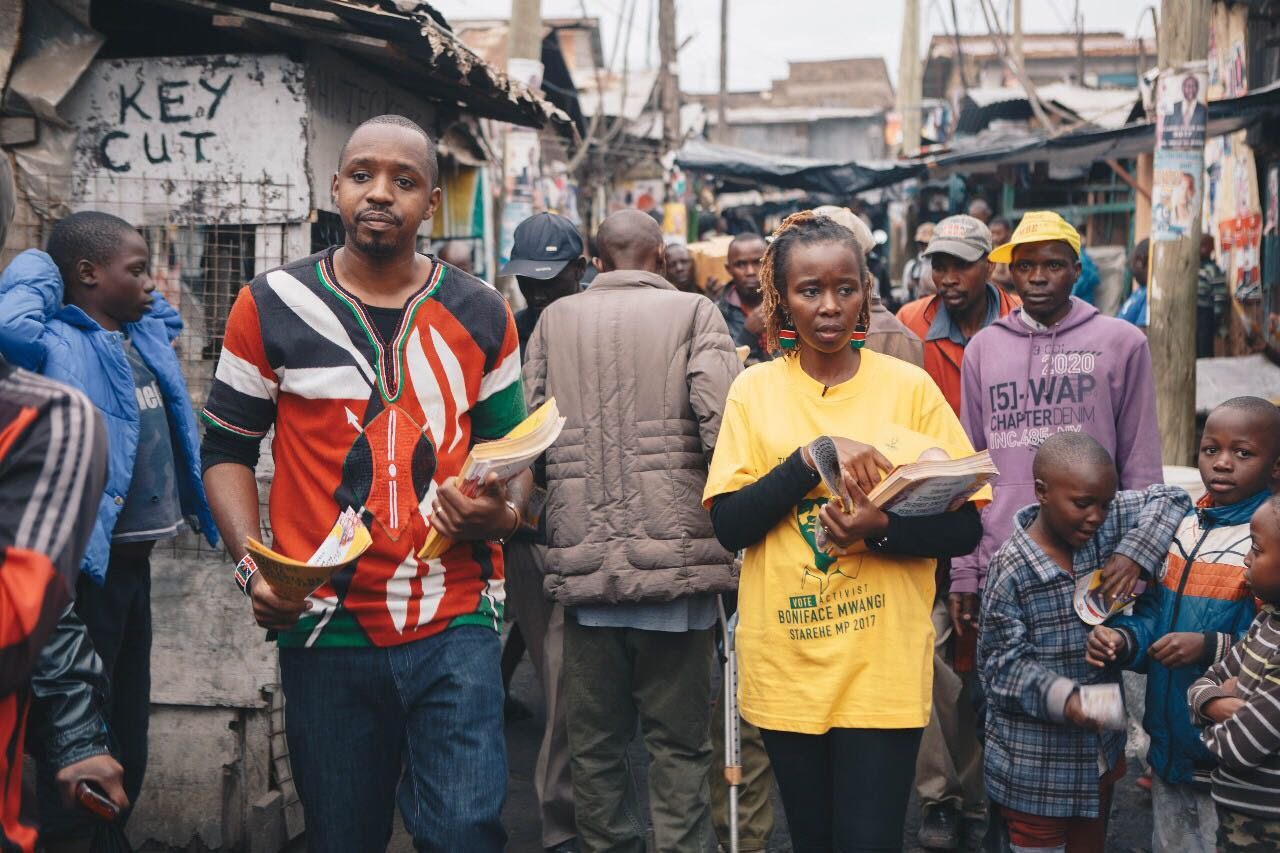 Sam Soko’s film, Softie, follows Kenyan activist Boniface “Softie” Mwangi, his wife Njeri, and their three children as Mwangi fights to organize against the corrupt legacies of colonialism that continue to shape Kenyan political realities today. The film highlights Softie’s commitment to political, social and artistic activism in Nairobi, Kenya. The political and personal intersect, as they often do, and this journey is filled with tensions that become present in Softie and Njeri’s marriage and family, the corruption in the Kenyan government, and the internalized colonialism and tribalism that Softie is to undo when he runs a clean and honest campaign against a historically corrupt governmental landscape. The film offers insight into the nearly impossible decisions a community leader turned political candidate must face when resisting injustice: confronting political violence; risking personal safety, family and country; and navigating a corrupt political terrain while remaining committed to more justice-oriented strategies.