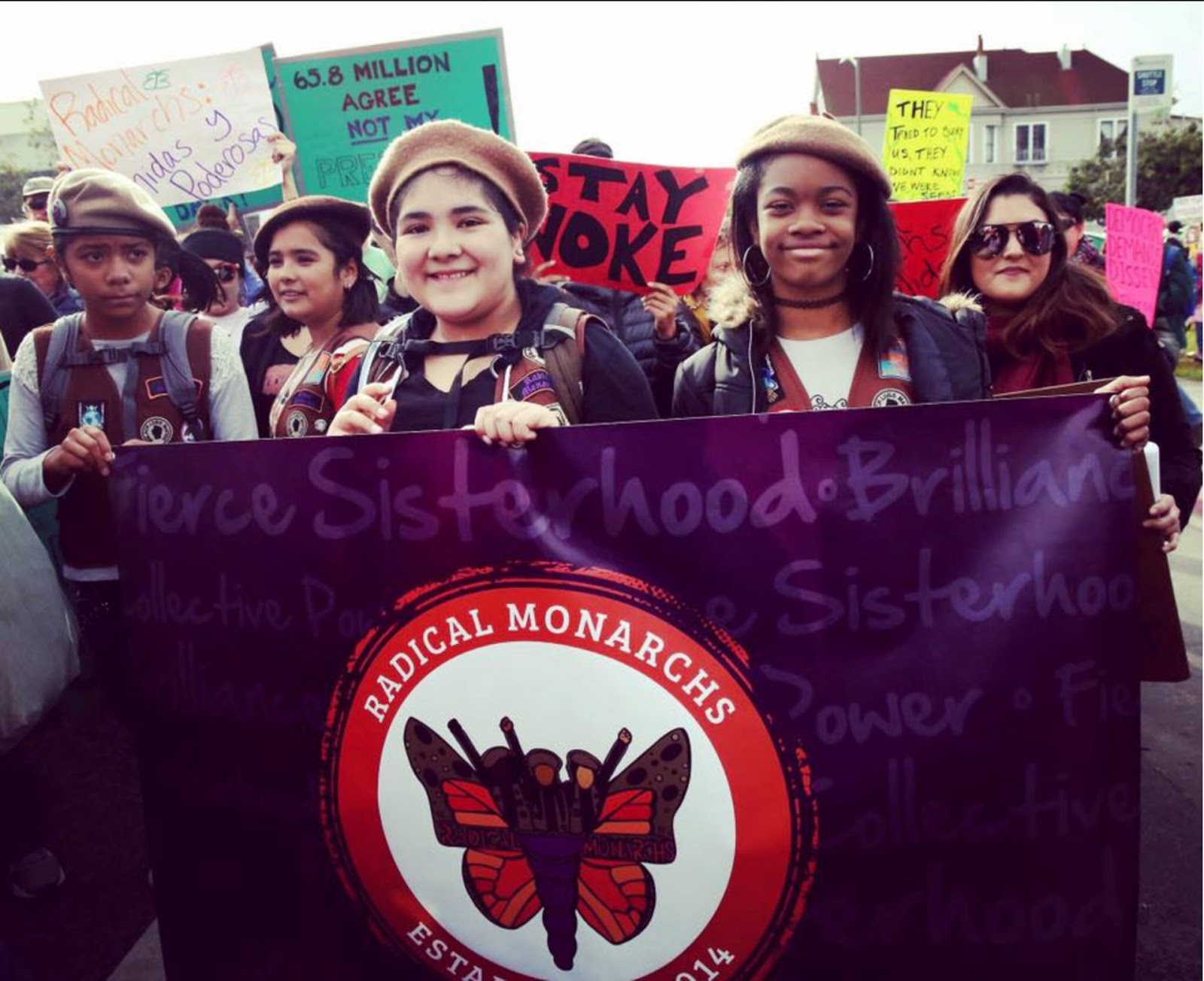 This list of fiction and nonfiction books was compiled by kYmberly Keeton – the African American Community Archivist and Librarian at the Austin Public Library in Austin, Texas. These suggested readings provide a range of perspectives on issues raised by the POV documentary We Are the Radical Monarchs and allow for deeper engagement.

Thank you to those who contributed to this guide:
Linda Goldstein Knowlton, Anayvette Martinez, Marilyn Hollinquest, and the POV Engage Team

Byers, Grace. I am Enough. Harper Collins, 2018.
This gorgeous, lyrical ode to loving who you are, respecting others, and being kind to one another comes from Empire actor and activist Grace Byers and talented newcomer artist Keturah A.

Chambers, Veronica. Shirley Chisholm is a Verb. Dial Book
A timely picture book biography about Shirley Chisholm, the first Black woman in Congress, who sought the Democratic nomination to be the president of the United States.
Shirley Chisholm famously said, "If they don't give you a seat at the table, bring a folding chair." This dynamic biography illuminates how Chisholm was a doer, an active and vocal participant in our nation's democracy, and a force to be reckoned with. Now young readers will learn about her early years, her time in Congress, her presidential bid and how her actions left a lasting legacy that continues to inspire, uplift, and instruct.

Nagara, Innosanto. A is for Activist. Seven Stories Press, 2012.
This bestselling ABC book is written and illustrated for the next generation of progressives: families who want their kids to grow up in a space that is unapologetic about activism, environmental justice, civil rights, LGBTQ rights, and everything else that activists believe in and fight for. A continuous bestseller for Triangle Square, we heard from booksellers around the country who clamored for a large format edition that would appeal to children over the age of 5. This engaging book carries huge messages as it inspires hope for the future, and calls children and parents to action.

Nagara, Innosanto. Counting on Community. Triangle Square Publishers, 2015.
A counting book for young learners. Counting up from one stuffed piñata to ten hefty hens–and always counting on each other–children are encouraged to recognize the value of their community, the joys inherent in healthy eco-friendly activities, and the agency they posses to make change. A broad and inspiring vision of diversity is told through stories in words and pictures. And of course, there is a duck to find on every page!

Nagara, Innosanto. M is for Movement. Penguin, Random House, 2016.
Here is the story of a child born at the dawn of a social movement.
At first the protests were in small villages and at universities. But then they spread. People drew sustenance from other social movements in other countries. And then the unthinkable happened.
The protagonist in this fictionalized children’s memoir is a witness and a participant, fearful sometimes, brave sometimes too, and when things change, this child who is now an adult is as surprised as anyone.

Sanders, Rob. Pride: The Story of Harvey Milk and the Rainbow Flag. Random House, 2018.
In this deeply moving and empowering true story, young readers will trace the life of the Gay Pride Flag, from its beginnings in 1978 with social activist Harvey Milk and designer Gilbert Baker to its spanning of the globe and its role in today’s world. Award-winning author Rob Sanders’s stirring text, and acclaimed illustrator Steven Salerno’s evocative images, combine to tell this remarkable – and undertold – story. A story of love, hope, equality, and pride.

Schatz, Kate. Rad American Women A-Z: Rebels, Trailblazers, and Visionaries who Shaped Our History…and Our Future! City Lights/Sister Spit Press, 2015.
Like all A-Z books, this one illustrates the alphabet—but instead of “A is for Apple”, A is for Angela—as in Angela Davis, the iconic political activist. B is for Billie Jean King, who shattered the glass ceiling of sports; C is for Carol Burnett, who defied assumptions about women in comedy; D is for Dolores Huerta, who organized farmworkers; and E is for Ella Baker, who mentored Dr. Martin Luther King and helped shape the Civil Rights Movement. And the list of great women continues, spanning several centuries, multiple professions, and 26 diverse individuals. There are artists and abolitionists, scientists and suffragettes, rock stars and rabble-rousers, and agents of change of all kinds. The book includes an introduction that discusses what it means to be “rad” and “radical,” an afterword with 26 suggestions for how you can be “rad,” and a Resource Guide with ideas for further learning and reading.