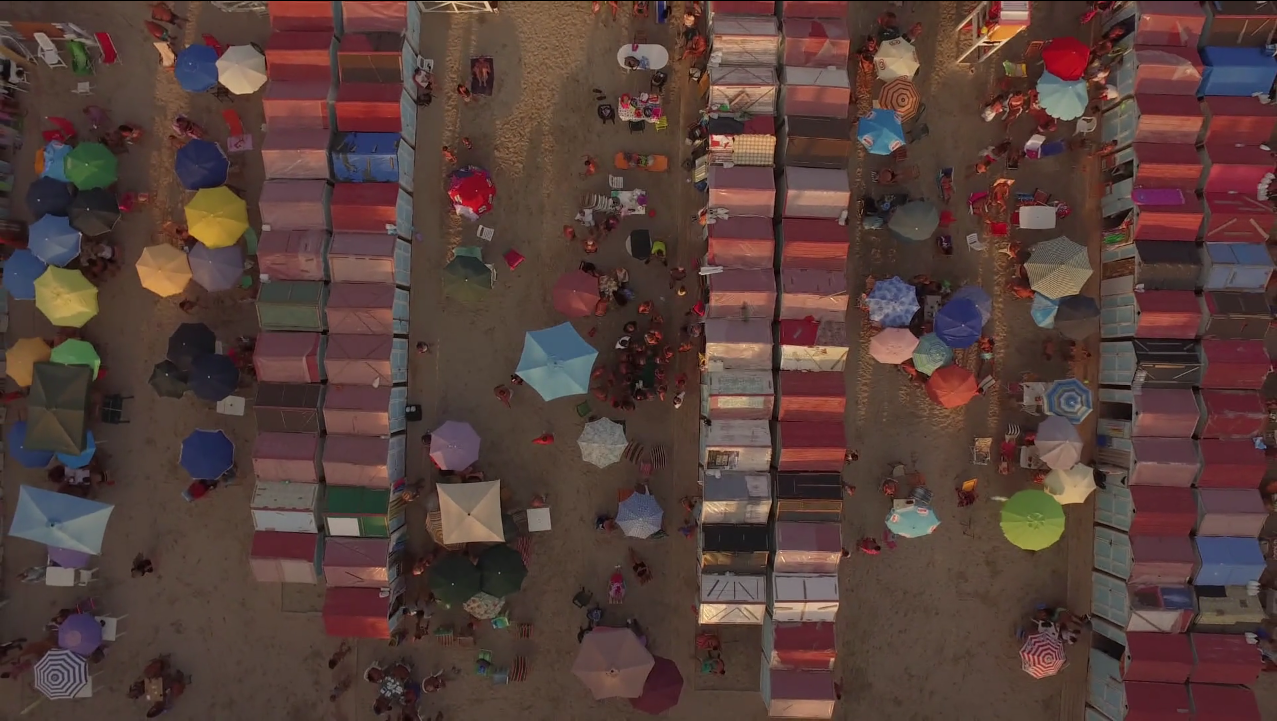 What are the characters featured in the film up to now?

Tony Serio’s party came to power shortly after the film was released. He is preparing for the next election with the same air of confidence he emitted in the film. If you head over to Mondello beach, you’ll be sure to hear the rhythmic sounds of “Coca Cola, Water, Beer”, as Antonio continues selling drinks by the sea. Like any true Italian, we’ll find any excuse to celebrate. So, it goes with out saying, that the others would be busy scheduling in all the parties that come with every Sicilian Summer.

Have the Mondello Beach beachgoers seen the film?

Some of them saw Happy Winter during its cinema release. However, many people waited to watch it on TV because it’s free. I have my suspicions that there are a few pirated copies leaked amongst the wider group of beachgoers. However, it’s a film that belongs to their community and I feel it’s fair they have the chance to see the film.

You spent a few summers in Mondello in the process of making Happy Winter— how did you meet the main characters of the film, and how did you come to decide that they would be featured in the documentary?

During summer, the people of Palermo breathe life into this little seaside town, and with that comes a myriad of personality types. It was a lengthy process to navigate through that and find characters that could best represent the ideas we were exploring. Also, it was important that they had a sense of humor and shared a strong connection to the place. Before we commenced the official shooting of Happy Winter, I spent the previous two summers with the beachgoers in Mondello, using my camera as a tool for research. It was quite an immersive experience, as I grew to be a strong part of their community and gained a deeper understanding of the potential characters. I would only film using my little DSLR to discover how they were able to interact with the camera and build their trust and confidence. I completed the casting only two months before we began filming for Happy Winter.

In the film, we get access into small and personal moments that take place within the huts on the beach. What was it like to shoot these scenes from outside of the huts, and to work with the residents to get the incredibly intimate moments that you did?

The time I spent in research allowed me to solidify trust and enabled me to approach these incredibly intimate moments. We also had certain measures in place to ensure that we remained as unobtrusive during those particular scenes by only having a skeleton crew, using a wide angle lens from outside, and discreetly placing mics in the huts, rather than using the boom pole.

I’ve never actually rented one of the huts but I grew up quite close to Mondello, so it holds a special place in my heart. Every year, the little huts would appear the same, yet I knew there would always be hundreds of new hidden stories occurring between each of those tiny four walls. Reflecting on this film, I can happily say that I was able to feed my inner child’s curiosity, so overall it was a very rewarding experience.

Mondello Beach is shown to be a microcosm of the larger socio-political landscape in Southern Italy, especially for the white middle-class— did you always intend on showing this while making the film? Why were you drawn to Mondello Beach?

As I mentioned previously, Mondello has always been a place that I have deep connection to. I already had a strong idea about Happy Winter in terms of the premise, tone and characters. We decided early in development to use the beach as a metaphor for the wider socio-political landscape in Italy. As a documentary filmmaker, you become a psychic to some extent. You’re constantly trying to predict what will unfold and how that will relate back to the message your film is communicating. At the same time, allowing that space to step back and let the development of your characters and story naturally unfold. At times it can be quite complex.

I’m currently working on another documentary set in Italy about the horse-racing culture, both within the race-track and the illegal ran street races. Also, I’m in development for a documentary that sheds a comedic light on a very old Sicilian film festival.