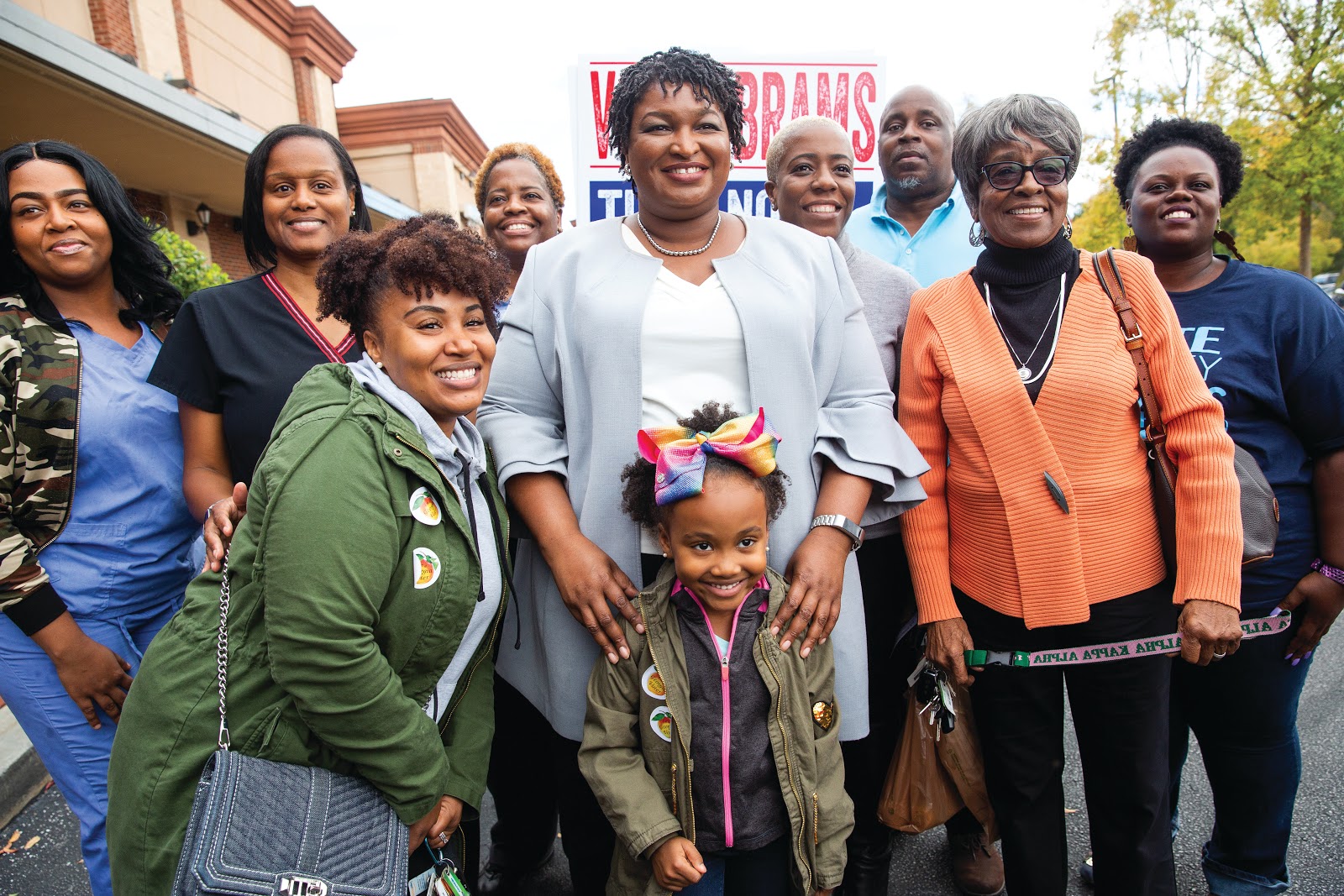 TWO-PART DOCUMENTARY FEATURES WOMEN OF COLOR TRANSFORMING POLITICS FROM THE GROUND UP, DIRECTED BY GRACE LEE AND MARJAN SAFINIA AND EXECUTIVE PRODUCED BY AVA DUVERNAY

OFFICIAL SELECTION OF 2020 TRIBECA FILM FESTIVAL WITH FULL PROGRAM TO AIR ON POV’S 33RD SEASON IN JUNE AS PART OF TRAILBLAZERS, PBS’ SUMMER-LONG CELEBRATION OF GROUNDBREAKING AND TRANSFORMATIVE WOMEN

New York, N.Y. — April 16, 2020 — As reported exclusively in Deadline, POV announced today the acquisition of U.S broadcast and streaming rights for And She Could Be Next, a two-part documentary series directed by Peabody Award-winner Grace Lee (American Revolutionary: The Evolution of Grace Lee Boggs) and Iranian documentary filmmaker Marjan Safinia (Seeds). This is the first miniseries to be co-produced by POV, the longest-running documentary series on American television. The entire program will air as a two-night special presentation this June on PBS as part of its summer “Trailblazers” initiative celebrating the centennial of the women’s vote and illuminating the stories of modern women who continue to make their voices heard to bring about change.

And She Could Be Next tells the story of a defiant movement of women of color who are transforming American politics from the ground up. The documentary series, filmed from 2018 through 2019, follows forward-thinking candidates and organizers across the country, asking whether democracy itself can be preserved —and made stronger— by those most marginalized. The episodes center individuals at the heart of the movement behind the New American Majority, including: Stacey Abrams (Georgia), Bushra Amiwala (Skokie, IL), Maria Elena Durazo (Los Angeles, CA), Veronica Escobar (El Paso, TX), Lucy McBath (Atlanta, GA), Rashida Tlaib (Detroit, MI) and Nse Ufot, Executive Director of the New Georgia Project. The documentary also features an entirely women of color crew. In addition to Lee, Safinia, producer Jyoti Sarda and executive producers like Ava Duvernay, And She Could Be Next credits contributing field directors: Yoruba Richen, Geeta Gandbhir, Amber Fares, Deborah Esquenazi, Ramona Emerson and Anayansi Prado.

“If ever there was a moment where we need to be reminded of the leadership of women of color, that time is now,” said Ava DuVernay, one of the film’s executive producers. “If you’re an immigrant, a young person, a person of faith, or simply someone who has felt unseen for too long, you will find yourself reflected in this story.”

The first episode was an official selection of the 2020 Tribeca Film Festival, which has been postponed due to COVID-19 like many major events around the world. “And She Could Be Next was slated to world premiere as part of our Tribeca TV section, where we intended to host a conversation with some of the incredible subjects featured,” said Cara Cusumano, director of the Tribeca Film Festival. “This story by and about women of color making change feels more timely than ever.  The festival continues to support this remarkable project and encourages our audiences to discover it on POV.”

“This series brings passion, energy and hope in our uncertain times,” said Justine Nagan, executive producer for POV. “Supporting this project meant a chance to highlight the work of the bold women of color on the front lines in this country, as well as those behind the camera. We are proud to partner with PBS to bring this landmark work to American audiences on public media.”

“As America’s home for documentaries, PBS has a longstanding commitment to programming that reflects the great diversity of our country,” said Paula Kerger, PBS President and CEO. “We are proud to share the stories of a new generation of women who are changing the face of politics.”

Produced by American Documentary, POV is the longest-running independent documentary showcase on American television. Since 1988, POV has presented films on PBS that capture the full spectrum of the human experience, with a long commitment to centering women and people of color in front of, and behind, the camera. It’s on POV where American television audiences were introduced to groundbreaking works like Tongues Untied, The Act of Killing and American Promise and innovative filmmakers including Jonathan Demme, Nanfu Wang, and Laura Poitras. In 2018, POV Shorts launched as one of the first PBS series dedicated to bold and timely short-form documentaries.

In the summer of 2020, PBS is celebrating the women’s vote centennial with a slate of multiplatform content honoring and commemorating U.S. women’s suffrage, the feminist movement and modern-day changemakers. AMERICAN EXPERIENCE “The Vote” tells the story of the campaign to grant women the right to vote, a transformative cultural and political movement that resulted in the largest expansion of voting rights in U.S. history. AMERICAN MASTERS “Unladylike2020” is a multimedia series featuring courageous, little-known and diverse female trailblazers from the turn of the 20th century. “And She Could Be Next,” a POV miniseries, follows women of color as political candidates and organizers who seek to expand the electorate, asking whether democracy itself can be preserved — and made stronger — by those most marginalized. And a two-part FIRING LINE WITH MARGARET HOOVER special documents what motivated several conservative women to run for office. Two fan-favorite PBS series will salute female changemakers: AMERICAN MASTERS with “Toni Morrison: The Pieces I Am” and “Mae West: Dirty Blonde;” and GREAT PERFORMANCES with “Gloria: A Life,” about Gloria Steinem, and “Ann,” about Texas governor Ann Richards. ANTIQUES ROADSHOW spotlights outstanding contributions from female athletes, artists, activists and more in the all-new special “Women’s Work.” The lineup also features two new miniseries: PREHISTORIC ROAD TRIP, hosted by the Field Museum’s Emily Graslie, who embarks on an epic adventure through America’s fossil country; and in the latest BBC co-production,  Lucy Worsley investigates notable women and their roles in historical events in LUCY WORSLEY’S ROYAL MYTHS & SECRETS. In addition, PBS will also encore the critically acclaimed and award-winning FRONTLINE documentary “For Sama,” an intimate yet epic journey of one woman’s experience of the Syrian war.