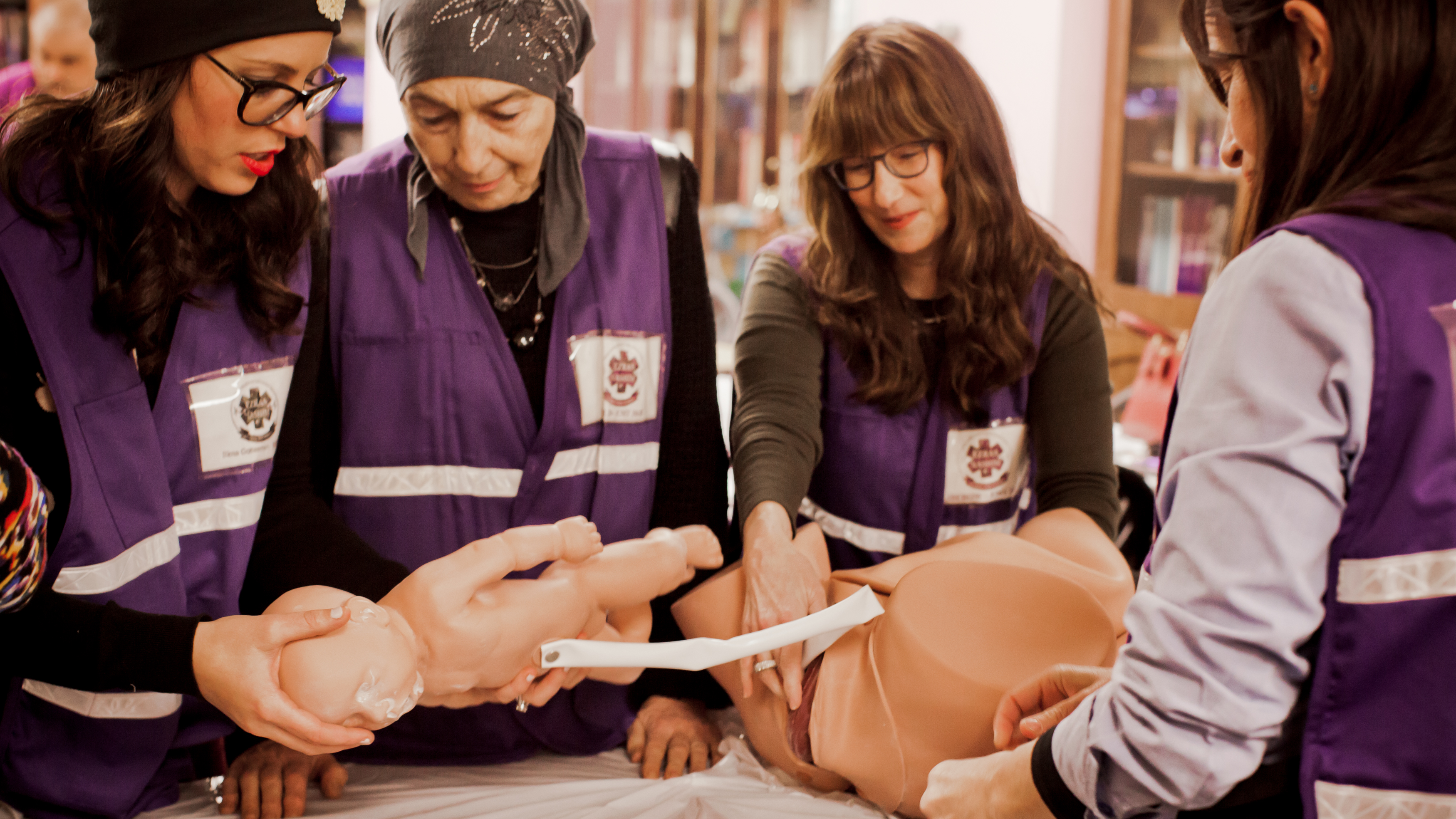 Can you give us an update on Ezras Nashim?

One of Ezras Nashim's most exciting updates since the completion of 93Queen is that the organization has reversed it's no-single-women policy! Single women can now serve as EMTs and there are quite a few single women in the organization at this time.

As an agency, Ezras Nashim continues to grow and is now expanding outside the Hasidic community to include ALL women. In addition to being awarded New York State EMS agency of the year, they have also been awarded New York City EMS agency of the year. Ezras Nashim is also in the process of applying for their own ambulance, which will be a real game changer.

What was the most challenging aspect of filming?

The most challenging aspect of filming was working from within by respecting a very specific cultural framework where secular film is taboo. The subjects in 93Queen actively live in the Hasidic community, so there is a lot more at stake when a story is told from the inside.

Being sensitive and respectful to Hasidic cultural norms was a priority. Practically speaking, this meant I had to shoot the bulk of the film completely alone; I handled camera, sound and directing all at once, as bringing an entire crew to Borough Park to film intimate vérité scenes would never have worked out. I had to keep a very low profile.

In addition, I had to pay special attention to the way the women were being physically portrayed, especially in private spaces where people let their guard down bit more. As an Orthodox woman I understand and agreed to preserve Hasidic modesty tenets for the women who agreed to be on screen. For example, I made sure that elbows were always covered even in the moment and would reframe if there was a wardrobe malfunction. There were individuals who did not want their computers shown on screen, as publicizing internet use at home for certain subsets of the Hasidic community is controversial. Balancing cultural expectations while staying in the moment of the scene was challenging but ultimately made me a better filmmaker.

Can you give us an update on Ruchie?

Ruchie continues to be superwoman! She is still the director of Ezras Nashim and managing the organizations expansion, all while sitting on the bench. After winning the election for civil court judge, Ruchie was actually assigned to criminal court where she currently presides. Ruchie often remarks that her advocay work in the Hasidic community—along with having six kids—has given her a lot of valuable experience and insight into criminal cases. She would like to continue to rise up within the court system.

Oh, did I mention that Ruchie has also become a paramedic (a step up from EMT) and is in the process of taking her refresher course at the time of this broadcast? Yup.

These women are inspirational, how do you think their story can relate around the world?

93Queen is a universal story of women's empowerment and progress that takes place in a very particular setting. Ruchie and the women of Ezras Nashim are breaking through the same glass ceilings that women all over the world are working to shatter. Their struggle to make female EMTs available to women in their community (many of whom hesitate to call for help when their only option is a man) as well as serve as healthcare providers themselves is a women's rights issue. Whether it's healthcare, entertainment, government, business or leadership, women are fighting to reclaim space. Hasidic women are no different.

I am currently developing a New York Times Op-Doc on Jewish identity and whiteness. I also have another feature project in development.