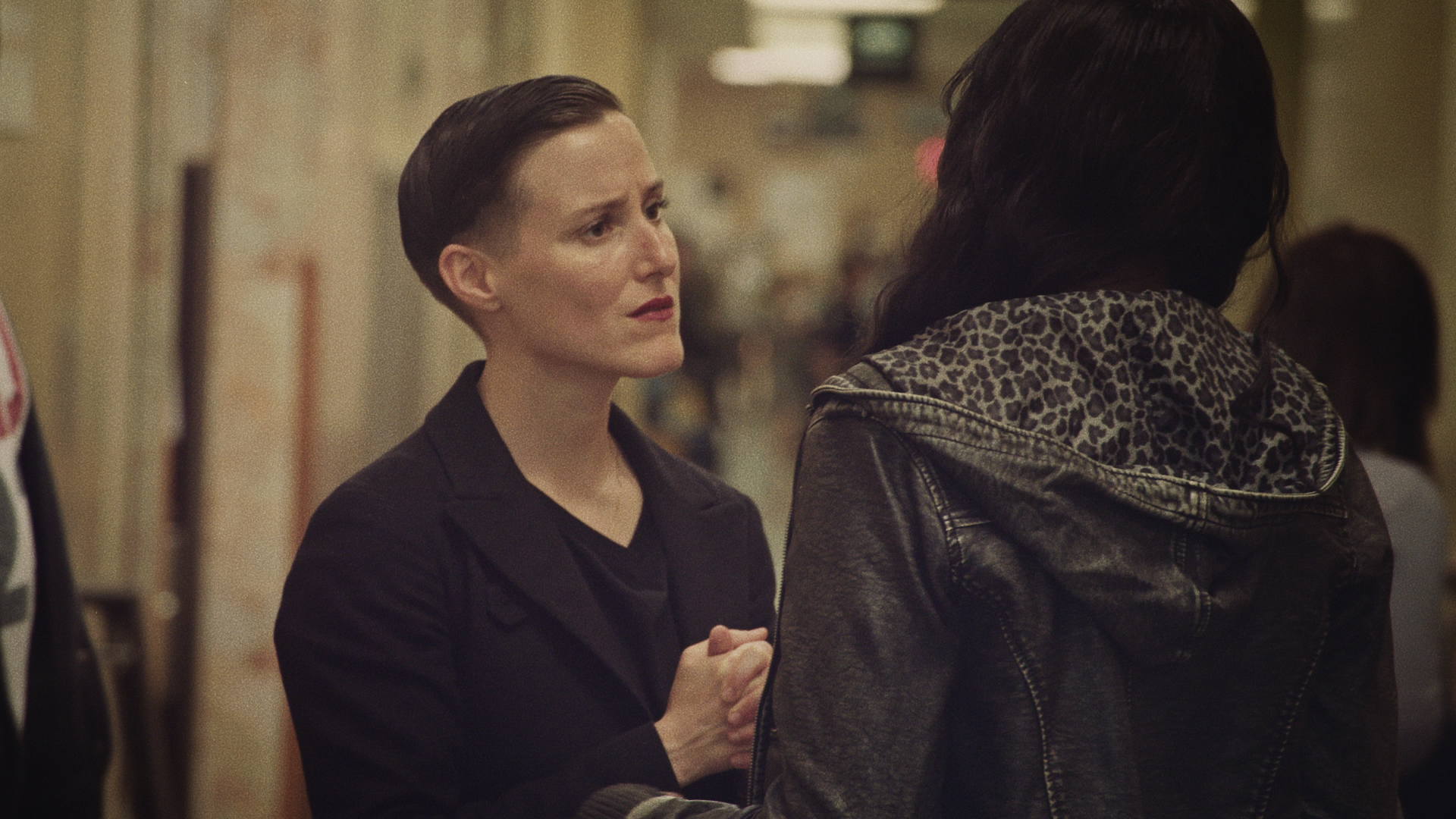 Agency and Advocacy in a Courtroom Full of Women in ‘BLOWIN’ UP’, premiering Monday, October 21, 2019 on PBS

A team of heroines work to change the way women arrested for prostitution are prosecuted.

Working within a broken criminal justice system, a team of rebel heroines work to change the way women arrested for prostitution are prosecuted. With intimate camerawork that lingers

on details and brings the Queens criminal courtroom to life, BLOWIN’ UP celebrates acts of steadfast defiance, even as it reveals the hurdles these women must face.

Directed by Stephanie Wang-Breal, BLOWIN’ UP has its national broadcast debut on the PBS documentary series POV and pov.org on Monday, October 21 at 10 p.m. (check local listings). POV is American television’s longest-running independent documentary series now in its 32nd season.

In 2004, the United States’ first problem-solving court around prostitution was created in Queens County, New York. The court, presided over by the Honorable Toko Serita, attempts to redress the way women and young girls arrested for prostitution are shuffled through the criminal justice system.

With unparalleled access to the workings of the court, BLOWIN’ UP captures what it feels like to go through these criminal proceedings as a female defendant. The overwhelming majority of women arrested are undocumented Asian immigrants, black, Latina and transgender youth. As the film unfolds, we hear directly from these women in their own words, and begin to understand the complex scenarios that bring them into the courtroom.

Never do we hear the words “sex worker” or “prostitute” spoken in the courtroom. Instead, Judge Serita and the court try to create a safe space for these women within the confines of a legal system where sex work and prostitution are criminalized. The question asked over and over by defense teams and social workers is: Why are these women arrested in the first place?

As the film progresses and a new administration takes over in the White House, the courtroom’s fragile ecosystem is tested and the fates of those who pass through become less certain.

Through Wang-Breal’s patient filmmaking, these women slowly come into focus to reveal the interplay of the larger forces at work in their lives. A decidedly people-focused film, BLOWIN’ UP exposes us to how individuals can work together to create more humane ways to navigate an inhumane criminal justice system and allows us to witness this unique environment as an unfiltered, immersive experience.

BLOWIN’ UP was conceived as a portrait into the Queens court’s ecosystem, structured like a three-act narrative film. As Wang-Breal describes it, “The first act is immersive, sitting in the court, feeling like you’re a defendant in this space, not knowing what’s going on but figuring it out as the day proceeds. The second act is unpacking what happens in court and what happens outside of the court. I wanted to show who these women are beyond their positions standing in front of the judge.”

“For me, this is a film about a world we don’t know much about,” says Wang-Breal. “It has a cast of astonishing women that you don’t get to see on the screen ever, and it shows you all the complex choices that they face right now.”

“At the crux of BLOWIN’ UP are the women transforming and transformed by this restorative model of justice,” said Justine Nagan, executive producer for POV. “BLOWIN’ UP sets an important example of putting women’s narratives first, asking important questions around sex work and prostitution, those caught up in it and alternative ways of rehabilitating instead of punishing the women most impacted by criminalization.”

This is a movie about women, by women. In this film, the women are the heroes; and I am inserting their stories, lives and voices into the world and into the fabric of history. They hold this court and this movie together because they are the ones creating change and telling us the way life really is out there in the streets of New York City and the world.

I am a first-generation Chinese-American raised in Youngstown, Ohio. I am one of four girls. I grew up in a culture where women were always considered to be inferior to men. BLOWIN’ UP is my response to the institutional ways we think of gender and sex. I support the choices of all women even if I would not make certain choices for myself. I believe all women deserve equality and freedom and know I am in no position to tell women what that equality and freedom should look like.

BLOWIN’ UP is my homage to all the resilient women who have come before me, who bore all the pain and injustices brought upon them so that my generation could thrive. I will remain silent no more.

Stephanie is an award-winning filmmaker and commercial director. She has previously directed 2 feature length films. The first, Wo Ai Ni Mommy (I Love You, Mommy), was nominated for an Emmy®, and was the recipient of three Grand Jury Best Documentary Awards at the AFI/Discovery Silverdocs Film Festival, the Asian American International Film Festival and the San Francisco International Asian American Film Festival, as well as a 2011 CINE special Jury Award. The film had its national television broadcast in 2010 on the award-winning PBS series POV. Stephanie’s second film, Tough Love, premiered at the Full Frame Documentary Film Festival in April 2014.The film premiered on PBS’ POV in July 2015. Stephanie has also directed pieces for Facebook, Minwax, ESPN, Vocativ, Verifone, Tiffany & Co., Apple, Nickelodeon and Goldman Sachs. Stephanie has produced content and commercials for UNICEF, CNN, A&E Television and MTV Networks. Stephanie sits on the Board of the New York Women's Foundation and resides in Brooklyn, New York, with her son & daughter.

Carrie is a film, television and digital video producer. As an independent producer, Carrie has created content for A&E Television Network, MTV Networks, EPIX, Google, The New York Times and PBS. Most recently, Carrie has worked for The New York Times video department, where she helped bring the award- winning travel column, “36 Hours,” to television on the Travel Channel. She also helped to bring episodic digital video series to nytimes.com , including: The Trials of Spring, Our Man in Tehran and the award-winning series, Retro Report. In 2014, Carrie produced the feature-length documentary film, Tough Love. Tough Love premiered at the Full Frame Documentary Film Festival in April 2014 and went on to screen in Washington, D.C., for a White House policy discussion around parents and the foster care system. The film premiered on POV in July 2015 and is the recipient of the 2016 American Bar Association’s Silver Gavel Award. Carrie currently lives in Brooklyn, New York, with her husband and son.