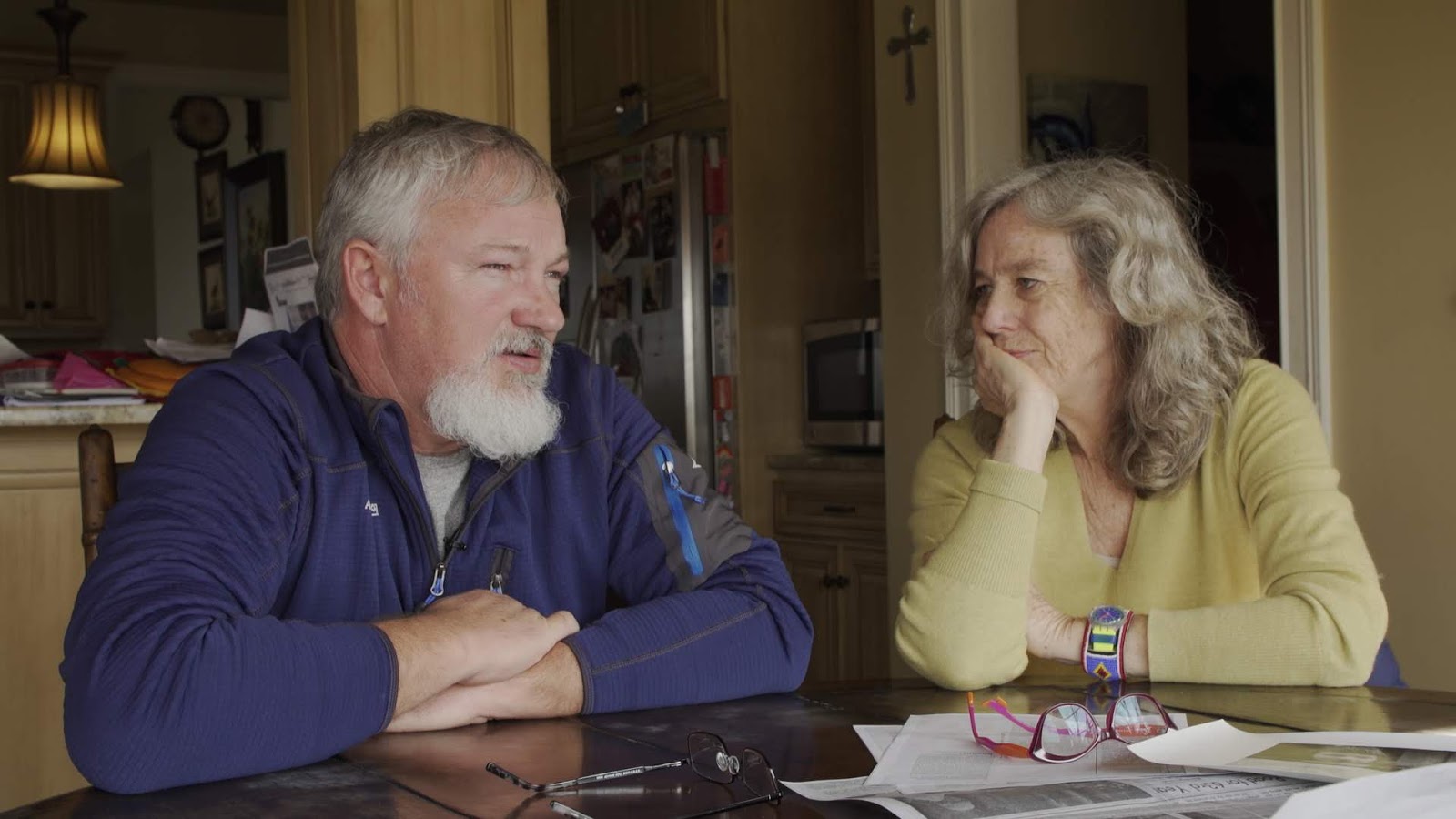 Celebrated photographer Wendy Ewald has spent her life teaching students how to record their own family histories on camera. Her seminal 1985 work, Portraits and Dreams: Photographs and Stories By Children of The Appalachians, now being republished by MACK (UK), was the result of a unique creative collaboration between Ewald and the students she taught at three elementary schools in Letcher County, Kentucky, in the 1970s. Tasked with finding authentic ways of representing the lives of these children, she gave each of them a camera and interviewed them about their childhood in the mountains. The photographs represented a rare opportunity for children living in rural Appalachia to reflect on their families, dreams and fantasies, not as subjects, but as artists with agency and creative control. In the documentary Portraits and Dreams, co-directed by Ewald and Appalshop filmmaker Elizabeth Barret, the photographer returns to Kentucky and visits with former students, now adults with families of their own. The revised and expanded edition of Ewald’s now rare book Portraits and Dreams, first published in 1985 and called “An American masterpiece” by Booklist, includes contemporary pictures and stories by eight of the photographers. The book will be published by MACK (mackbooks.co.uk) and available on Amazon US beginning August 27, to coincide with the film’s PBS broadcast.

Portraits and Dreams makes its national broadcast and streaming debut on the PBS documentary series POV and pov.org on Monday, September 7, 2020 at 10 p.m. (check local listings). The film was an official selection at the 2020 AFI Docs Film Festival. In its 33rd season, POV is American television’s longest-running independent documentary series.

Click here to watch the Portraits and Dreams trailer.

Wendy’s former students featured in the documentary include:

As their collective memories are rekindled, the originality with which children see their world is put on display.

“Portraits and Dreams reveals the power of photography as a means of agency and expression,” says Chris White, executive producer for POV. “It’s a wonderful, longitudinal look at the lives of Wendy’s students, the impact of their time together, and how their work evokes a particular time and place, and beyond. POV is a proud co-producer on this testament to the strength of the creative spirit.”

“When the book Portraits and Dreams: Photographs and Stories By Children of The Appalachians, was published in 1985, it inspired photographers, teachers and artists across the country,” said Wendy Ewald. “It introduced a new way of working with children, and made visible the world of Appalachia. Most importantly for me, these students taught me the guiding principle of my life’s work: to frame the world according to others’ visions, as well as to my own.

“I began to hear from my students almost forty years after we worked together. Our photography classes at Campbell’s Branch had been unlike any of their other schooling. I wondered how the experience of making pictures had affected them throughout their lives, so I decided to go back to Kentucky to see them. We arranged a reunion at the high school overlooking the now depressed coal town of Whitesburg. I was nervous, but hopeful to meet up with the students. Quickly I saw they had turned out to be cheerful, funny adults who for the most part had succeeded in life-far beyond what I had hoped. I was overjoyed.”

In Portraits and Dreams what also emerges is the unbreakable, timeless bond between teacher and student and the transformative power of art. The film is a POV co-production with funding provided by the Corporation for Public Broadcasting, a private corporation funded by the American people.

Elizabeth Barret has served in principal roles on approximately a dozen films and television programs. Born and raised in the east Kentucky coalfields, she joined Appalshop, Inc in 1973 as a first-generation filmmaker trainee. Her body of work is shaped by the history, culture, and social issues of Appalachia, centering the perspective of Appalachian people and paying particular attention to women’s histories and enduring folk traditions. Barret’s best known film is Stranger With a Camera, a self-reflexive documentary meditation on media representation and the consequences of image making. The film premiered at the 2000 Sundance Film Festival and was broadcast nationally on the PBS series POV, as well as circulated at venues including MoMA (NY), Yerba Buena (SF) and the Guggenheim Museum (Bilbao). Barret is a recipient of a Guggenheim Fellowship, Rockefeller Foundation Fellowship, and Kentucky Arts Council Al Smith Fellowship in Media Arts. Her work has been honored and presented at the Sundance Film Festival, American Film Festival, Margaret Mead Film Festival, and the Smithsonian Folklife Festival, among others. In addition to her ongoing work as a community-based filmmaker, Barret serves as Director of the Appalshop Archive which safeguards and improves access to regional moving image collections, and engages the public and researchers with these unique materials.

Wendy Ewald has collaborated in art projects with children, families, women and teachers around the world and in the United States for over 50 years. She has published 12 books and received many honors, including a MacArthur Fellowship. “Portraits and Dreams” was her first book published in 1985. The expanded and updated edition will be published in September 2020.

Ewald created “Memories from the Past Centuries” for the exhibition “To the Rescue: Eight Artists in an Archive” shown at the International Center of Photography and other museums. In the archive of the American Jewish Joint Distribution Committee, Ewald found case histories of children to be adopted after World War II. She worked with American students of the same age to create a two screen projection that inquired into their notion of history and ideas of what life was like for refugee children after the Holocaust. Her other production “On Reading” is an installation created for the Rhode Island Institute of Design Museum. The multi-screen installation focuses on the experience of elementary school children with learning disabilities and brings the viewer into their struggle to read. Portraits and Dreams is Ewald’s first film project.

Robert Salyer is a documentary artist from the central Appalachian coalfields of southwest Virginia. Trained in media at Appalshop in Whitesburg, Kentucky and an Appalshop staff member from 1998 to 2014, Robert produced and edited SLUDGE, a documentary that examines a major Kentucky coal-waste spill and its effects on the environment and the community. Robert has worked as a resident artist at HBCU Kentucky State University, was a mentor for the NYU Tisch School/Appalshop Exchange and a workshop instructor for Appalshop’s youth media training program, Appalachian Media Institute. Robert’s work has been screened extensively in the U.S. and abroad, and has been included in such exhibitions such as MoMA’s Documentary Fortnight and the Film Festival Dokumenter in Jogjakarta, Indonesia, among others.

Recently, Robert was the associate producer for “Class of ‘27”, a documentary television program that aired nationally on PBS and was a recipient of a duPont-Columbia University Award in 2017. Robert resides in New York’s Hudson Valley and works as a consultant with American Documentary, Inc. and independently pursues documentary film production and editing projects.

Appalshop, Inc, began as a community film workshop in the Appalachian mountains in 1969. Fifty years later, Appalshop is still making films about Appalachia, and has grown to now also operate a radio station, a theater, a public art gallery, a record label, a regional archive, a youth media training program, and a community development program — all aimed at documenting and revitalizing the traditions and creativity of the people of the Appalachian mountains. Appalshop tells stories that commercial industries don’t tell, challenges stereotypes with Appalachian voices, and does it all with artists who are from and committed to the region.

MACK is an independent art and photography publishing house based in London. Mack works with established and emerging artists, writers and curators, and cultural institutions, releasing between 20-25 books per year. The publisher was founded in 2010 in London by Michael Mack.