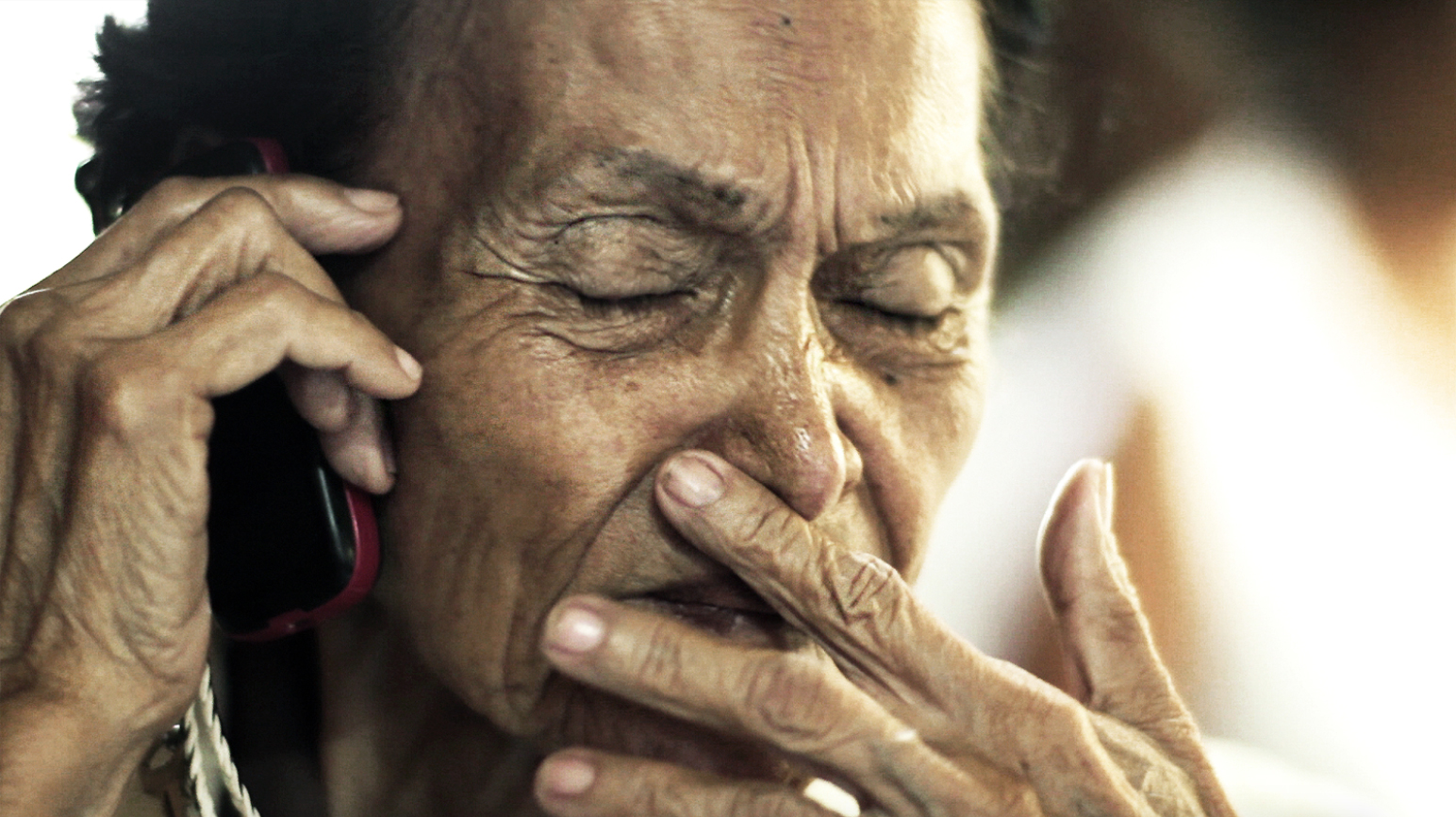 Have the protagonists seen the film? What do they think?

We had the fortunate opportunity to have Grandma Gil, from Seoul, Korea, to come to our world premiere at Hot Docs International Film Festival. Prior to her coming we asked her on our last day of filming whether she would come to our screening and she said yes! And that it would be her first time ever going to a movie cinema to watch a full film. I asked her how that was possible and she said she’s been too busy to watch films! So that evening was extra special with her there watching the film with all of us along with Meehyang Yoon.

Following our premiere my mother came with me to Shanxi, China, to Grandma Cao’s village to screen the film with her daughter and granddaughter. Because of her health, grandma Cao wasn’t able to travel to the premiere. However, it was incredibly special to not only screen the film to the three generations of women but also to introduce them to my mother!

I was also able to screen the film to two of Adela’s daughter in the Philippines along with all of her friends and other survivors. Unfortunately, her son Eric passed away before we finished editing the film.

How did the term “Grandmother” start?

I began calling them grandmothers the moment I met them because that’s how you address elders in their respective cultures and communities. It's ahma in China, lola in the Philippines, and halmoni in Korea, so it was a very natural to refer to them all as the Grandmothers.

How did people respond to your filming?

I would like to think that everyone takes a little or a lot after watching the film that is meaningful and personal to them. I do know from being at several Q&A’s around the world with the film that the grandmothers in our film has impacted a global audience, influencing change and encouraging conversations within families and communities about sexual violence and asking difficult questions.

It has been the most rewarding aspect of making this film is seeing how people from all walks of life be inspired and in awe with these grandmothers.

How did you decide to focus the stories on Grandma Gil, Grandma Cao and Grandma Adela?

I wanted to understand the complexities around speaking out about one’s experience of sexual violence as well as show the magnitude of these atrocities that took place across Asia and not just in one isolated region. But at the end of the day, choosing to film with Grandma Gil, Grandma Cao and Grandma Adela ultimately came down to a personal connection and their willingness to have me in their lives to capture and document.

“Comfort women” have been an issue in East/Southeast Asian international affairs for some time. Do you think the #metoo movement has given it another push?

I think the #metoo movement has built an intergenerational bridge between the grandmothers and the younger generation today. Which is critical because we live in a world where rape is still used as a weapon of war and the culture of shame in our society has resulted in decades—or even a lifetime—of silence for survivors of sexual violence.

As Canadian Governor General Michaëlle Jean said in 2009: “When the present does not recognize the wrongs of the past, the future takes its revenge. For that reason, we must never, never turn away from the opportunity of confronting history together—the opportunity to right a historical wrong."

What future do you see for the movement for an official apology as the oldest “comfort women” pass away?

I think the future of the movement really rests on the next generation to continue. Because ultimately the grandmothers that are still actively fighting for this issue are fighting for us so that we don’t have to do it. This movement isn’t just about what they’ve experienced, it’s about what continues to happen all around the world and if it never gets rectified, perpetrators, governments and institutions can continue to get away with these types of crimes against humanity.

My next project is a very personal project that started 14 years ago. It’s about a daughter’s search for her mother’s biological parents, and the unexpected paths it creates for three generations of women. The working title is Sing me a Lullaby.