Let's Be Transparent about our Feelings about Transparency

Transparency is a good thing, no?

After all, what is transparency if not honesty.  Merriam Webster defines transparency as "readily understood" also "characterized by visibility or accessbility of information, especially concerning business practices."

What's wrong with that?

A random survey of #transparency on Twitter at the time of writing includes issues related to: food labeling; release of contentious FBI memos; Facebook's algorithms; the President's tax returns; tools to help transparency in business; supply chain transparency; charities and transparency in their spending.

You get the idea, transparency is "in." 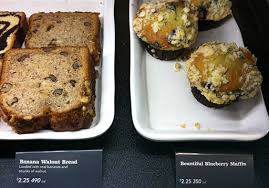 I've always thought of myself as a believer in transparency.

Recently I've been thinking a lot harder about transparency and what we mean by it, particularly in the world of public broadcasting.

In addition to the documentary, Frontrline undertook another ambitious piece of journalism.  They made public, online, the full interviews that were conducted for the series, dozens of interviews, video or transcripts, available at your fingertips.

I asked Frontline Executive Producer Raney Aronson why they undertook this project: "Transparency has been a vital but elusive value in journalism.  We're experimenting with ways to strengthen the credibility of journalism and restore trust in independent news media - a task that seems especially urgent with the rise of 'fake news' and the declines of public confidence in sources of information."

It is a remarkable project that required an awful lot of work, and some technological wizardry that includes sophisticated navigation, video-linked text, sharing and annotation.  Try it.  Aronson reports average viewing of these videos is about 20 minutes, which reveals the deep interest of viewers who engage. 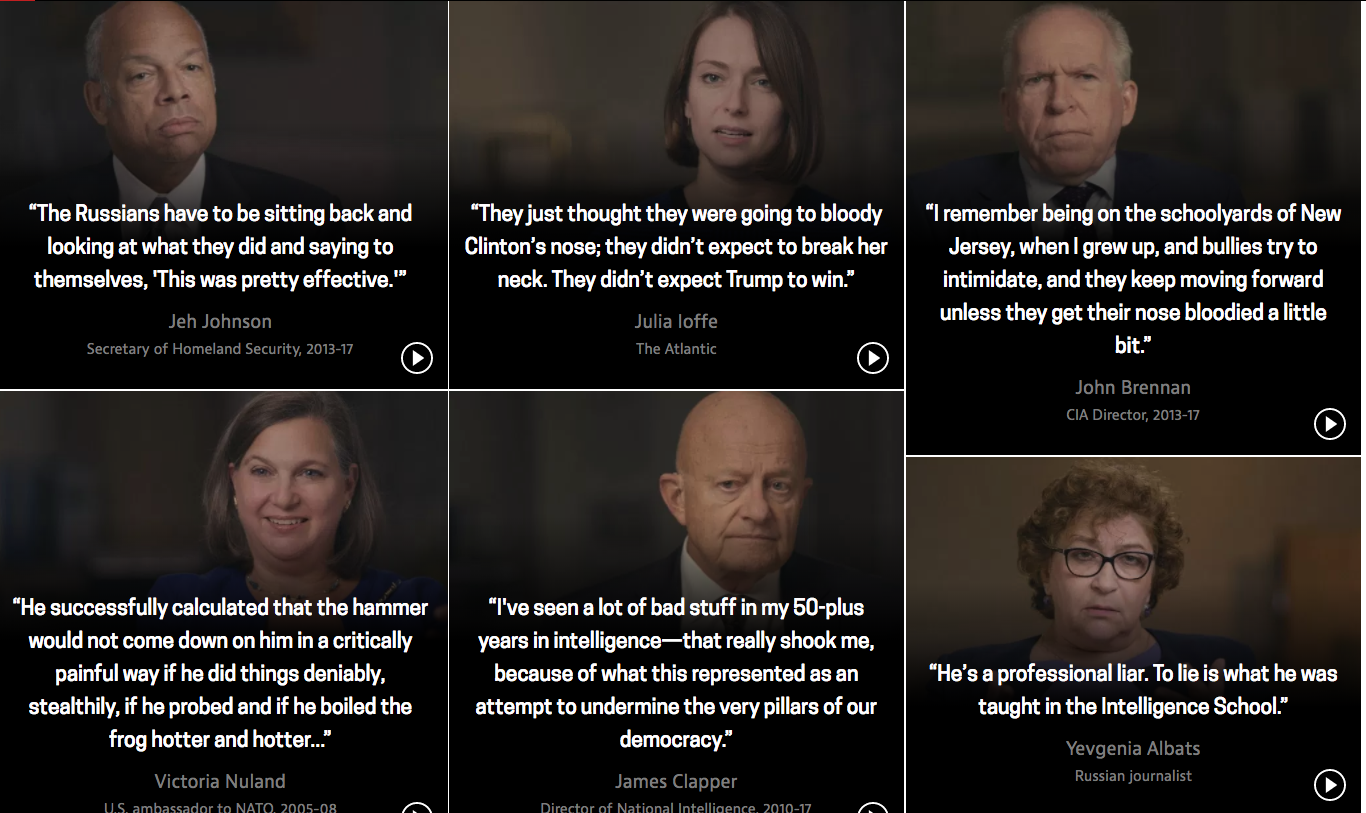 This project does not represent a dump of a reporter's notebook, it was attended to with extreme care about fairness and accuracy, and journalists still rely on confidential sources so there will never be a complete dump! But as Aronson says, "While there were journalistic and legal considerations about opening up our process in this way, I believe the end result was worth the extra manpower." Aronson adds that Frontline hopes to use this approach to transparency for at least another three projects.

For all the handwringing about the adverse effects of digital transformation on traditional journalism, this is a project that would not have been possible without the tremendous tools available in the digital space. Frontline has been universally lauded for this effort at transparency, and as a viewer and journalist I applaud their effort.

In my role as public editor, the issue of transparency often comes up with regard to funding. Everyone wants transparency on funding, but then a lot of you probably think the long list of funders at the top of shows is a little too long!  What are the funding standards?  You the public have a right to know, and in fact, you can find out, if you know how to dig into the specific parts of pbs.org that tell you.  Here's a link. There is a process by which funders are vetted to meet those standards, but that's often not enough for some people.

There's another matter that some of the audience has been seeking transparency on, and some who think they know it all.

Regular readers of this column know that I have addressed the issue of sexually inappropriate behaviour by several men in power over the last few months, including Charlie Rose and Tavis Smiley, hosts of their eponymous shows that aired on public televisions across the country.

Charlie Rose's relationship with PBS was terminated in the fall. Tavis Smiley's show was suspended pending an investigation by outside counsel.

Viewers were extremly upset at the removal of both these shows and felt that the hosts were treated unfairly and that the sanctions far outweighed the severity of the infractions.

Some feel that enough time has passed and its time to bring them back.

But here's the problem, the extent to which we (the viewers) think we know what happened in these instances is a result of reporting, not a result of corporations telling us what happned. Their defense is respect for the privacy of the situation and because of legal considerations.

If I were filing a complaint against somebody in my company, I would choose to keep it private. If a complaint were made against me, I would want to keep it private. Corporations across America deal with this issue every day. Does it work? Well the #metoo movement will tell you that privacy is used as a fig leaf, it allows bad behaviour to go unpunished and that the world needs more transparency in this realm.

I repeatedly have asked PBS for an update of the Tavis Smiley case since he is, technically, still on suspension pending an investigation. Here is today's response: "The investigation by the outside law firm is still ongoing. We defer to their expertise in determining when to conclude the investigation." Meanwhile, Smiley has moved on and is currently on a multi-city tour, hosting live events discussing workplace harassment.

I'm pretty sure that PBS will never  publicly release a detailed accounting of the Tavis Smiley case because, well because of that whole privacy versus transparency issue.

Even though I'm a lover of transparency I get that, probably because in past lives I have been in the role of a manager.

Transparency is something that is perceived of as a good thing in the abstract but sometimes doesn't withstand the challenges of a specific situation.

So right now it is on the à la carte menu of our daily discourse and dealings.

But restaurants, please don't stop reminding me about the calorie count of that muffin that looks so appetizing, yet would likely take up most of my daily caloric needs should I succumb. 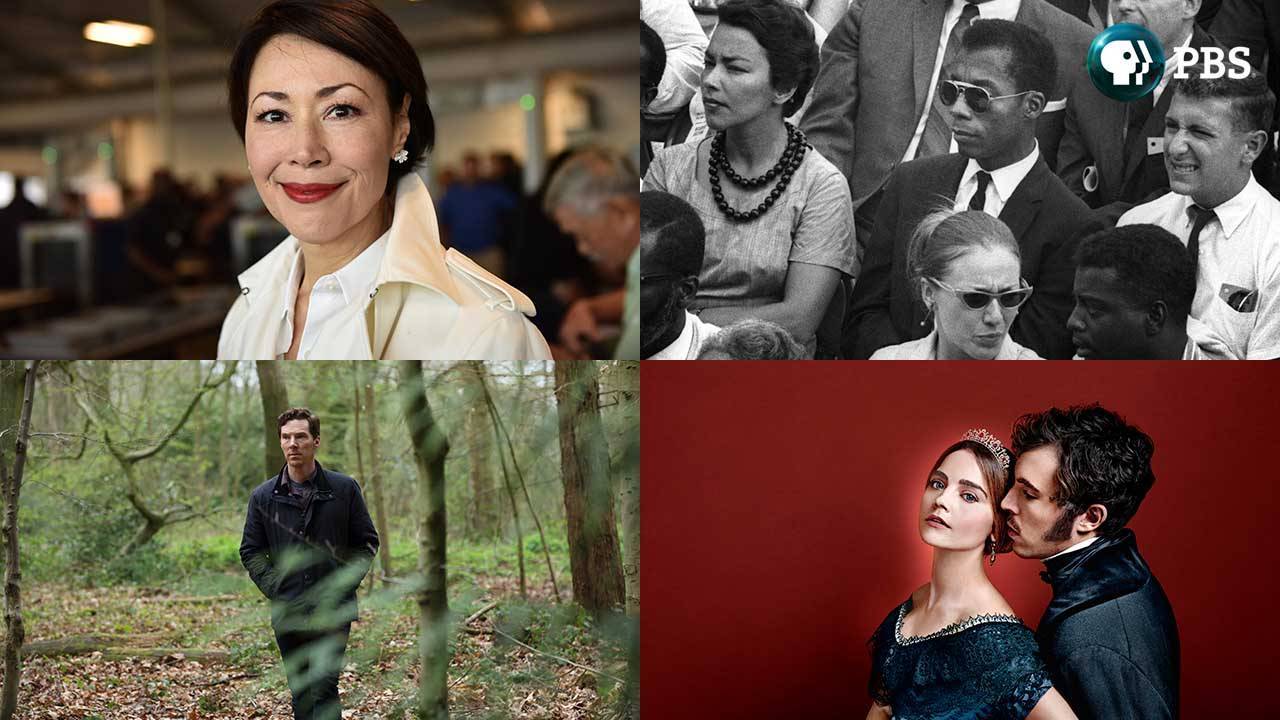 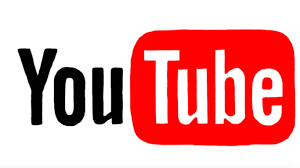