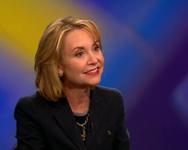 Last night at a meeting with a group of women executives, I mentioned how surprised I was that Twitter was going public without any women on the board. One woman thought I was joking.

Another thought I had Twitter confused with Facebook. The iPhones came out, and Google confirmed. Reaction: incredulity.

Last week, Twitter emerged on the IPO stage without so much as a single woman on its board. This puts the new economy company among stock market Neanderthals.

Twitter will mirror only 47 companies in the S&P 500 which have no women on their boards of directors.
Facebook and Twitter are the brands of democracy -- allowing regular people to leapfrog old top-down power structures. Think Arab Spring. Think We the People. But when Facebook made its IPO debut its board looked anything but democratic. Women dominate the social networks, but none were represented. The board was a Silicon Valley good old boys club.

What followed is now history.  In an impressive display of the power of social networks, women across the world created an online movement of protest, the Face It campaign.  By petitions, pension funds and investors were quickly made aware of the Facebook gender problem.  Facebook, to its credit, acted fast.

The new economy company did some old style tap dancing and within months COO Sheryl Sandberg was installed as the first woman on the board (another has joined since). Online creative destruction blew up the boys club.

Much has been made of how Twitter is working to avoid the problems Facebook encountered in its rocky public offering. The absence of women board members was  a real stain on Facebook’s brand and credibility.  And according to the Pew Research Center, women are half of all Twitter users.   This makes the all-male debut of Twitter even more outrageous.

There are bottom line concerns as well. In an age when the Credit Suisse Institute proclaims stocks perform better if women are on company boards, why would you enter this arena with not a single woman board member?  This is poor judgment.

A volley of tweets on the topic with Twitter CEO Dick Costolo is revealing. The chief executive handled criticism with something more akin to a towel snap than enlightened leadership.

Responding to a critical tweet by academic Vivek Wadhwa, the CEO resorted to the name calling that can so often spoil the Twitter experience:

“Wadhwa is the Carrot Top <http://en.wikipedia.org/wiki/Carrot_Top>  of academic sources.”

A joke? But the joke may be on Twitter.

Pressure is mounting to rid the markets of Neanderthals. Just this week one of the UK’s biggest Fund Managers, Legal and General, warned it will vote against the chairman of any FTSE 100 company that has an all-male board.

They are not alone. Funds that allocate dollars from women investors demand equity. The California Teachers Pension Fund urged Facebook to put women on the board, and now the Ontario Teachers Pension Plan says companies listed on the Toronto Stock Exchange should be forced to have at least three women on their board of directors by 2020 or be delisted from the exchange. The call for breaking up the board boys club is like a hashtag trending on Twitter- it is all at once from everyplace.

In the Face It campaign, a poster showed an image of a shocked looking Facebook CEO Mark Zuckerberg, captioned “Is this a Joke?” Opposite is the photo of a woman, “Is Your Board?”

Like my friend last night, people do think it is a joke. When your company brand is about inclusion and the future, an all-male board is laughable.