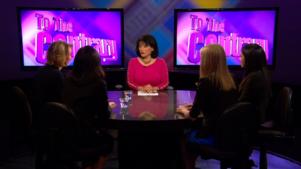 This week on To The Contrary, our panelists discuss how female senators took the lead in ending the shutdown; how Janet Yellen could be a role model for young female economists, and former Senator Kay Bailey Hutchison of Texas's new book, Unflinching Courage.

Here are some of their thoughts:

Female Senators & Shutdown
Women in Congress took the lead in reaching a compromise.
Yellen Effect
Janet Yellen could become the first female Fed Chair
Unflinching Courage
Former Sen. Kay Bailey Hutchison on bipartisanship and the pioneering women of Texas.
For more discussion, be sure to tune in to To The Contrary! If you want to know when it'll be on in your area, click here.