On International Day of the Girl, CEO of Together for Girls Talks About Fighting Sexual Violence 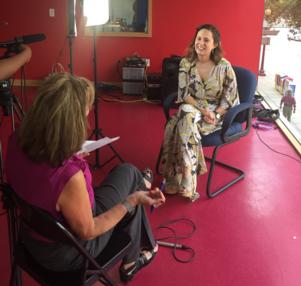 “We know that a third of all women will experience sexual violence or intimate partner violence in their lifetime. So there’s so many of us but, most of us live our whole lives in silence,” says Daniela Ligiero, CEO of Together for Girls.

This is something that Ligiero says she wants to highlight especially on the 6th annual International Day of the Girl. In 2011, the UN officially declared October 11th as an opportunity to bring attention to the discrimination and inequalities that girls and women encounter.

As a sexual assault survivor, Ligiero explains that she wanted to use her position to help combat sexual violence against women and girls around the world. Together for Girls is a partnership with the United States and Canadian governments that aims to prevent and respond to violence against women throughout several countries. The organization collects data on sexual violence in developing countries, collaborates with UNICEF  and other organizations to create programs and legislation to address issues and brings public attention to these issues.

“I’m an educated, privileged woman and if it’s scary for me to come forward, imagine for adolescent girls who are vulnerable and disenfranchised. So, I felt like I had that responsibility.”, says Ligiero.

Ligiero has a personal connection to the issue, having been abused herself. but says the only way to move forward is to collaborate and focus on inclusive education. Together for Girls currently has initiatives and education for boys that challenge gender norms and stereotypes.

“We highlight how many boys are actually victims of violence…and then we talk about solutions. If you’re serious about ending violence, against women you have to work with boys and the same is true for violence against children.”, explains Ligiero.

In terms of the United States, Ligiero says that although there work that the country is doing, the nation still has much more progress to make.

Be sure to listen to the full interview with Daniela Ligiero in the Podcast section on tothecontrary.org !