GOING TO WAR is extraordinarily fortunate to have Sebastian Junger and Karl Marlantes as the central figures in the program. Both are among America’s preeminent literary voices on the subject of war, bringing firsthand perspectives from both Vietnam and America’s post-9/11 wars. Marlantes and Junger are also friends who are personally active in the contemporary issues our returning service members are facing and together are working with policy makers in the private and public sectors to explore ways to better care for and reintegrate the returning members of our armed services. 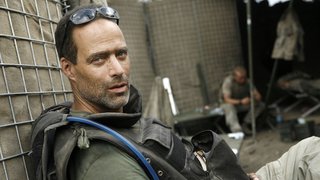 Sebastian Junger is a renowned journalist and documentarian, and best-selling author of The Perfect Storm. His critically acclaimed film, Restrepo, and book, War, document his time as an embedded journalist with a platoon of the United States Army’s 173rd Airborne Division in the Korengal Valley of Afghanistan, one of the most dangerous parts of that country. With acclaimed photographer Tim Hetherington, Junger shot and directed Restrepo, which was nominated for an Academy Award for Best Documentary Feature and won the Grand Jury Prize for a domestic documentary at the Sundance Film Festival in 2010. Time magazine named Junger’s book War “a Top 10 Non-fiction Book” of 2010. In his Washington Post review of War, Philip Caputo wrote: “Junger masterfully chronicles the platoon’s 15-month tour of duty… makes us see the terror, monotony, misery, comradeship and lunatic excitement that have been elements of all wars since, say, the siege of Troy.” In 2015 Junger published Tribe, which turns the complicated problem of returning veterans on its head by examining what’s missing the society they come home to. Combining history, psychology, and anthropology, Tribe offers a privileged view of the importance of loyalty, belonging, and the eternal human quest for meaning, and considers the loneliness and dislocation of veterans as they seek out these qualities in modern civilian life.

Junger’s documentary for HBO Films, Which Way is the Front Line From Here?, which was nominated for an Emmy, chronicles the life and career of his friend and frequent collaborator Tim Hetherington, the veteran photojournalist, who was tragically killed by a mortar blast in Libya. And more recently, Junger released Korengal, a companion film to Restrepo, as well as The Last Patrol for HBO, which chronicles the challenges of homecoming for veterans. As a contributing editor to Vanity Fair and as a contributor to ABC News, Junger has covered major international news stories around the world, many of which have won numerous awards, including: the DuPont-Columbia award for broadcast journalism for the ABC News program The Other War: Afghanistan and the National Magazine Award for his Vanity Fair article, “The Forensics of War.” He has also written for such magazines as Harper's and The New York Times Magazine. Junger currently lives on Cape Cod and in New York City where he co-owns a bar, The Half-King. 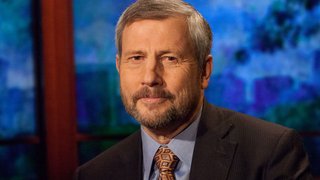 Karl Marlantes grew up in a small town in Oregon. A graduate of Yale University and a Rhodes Scholar at Oxford, he served as a Marine Corps Lieutenant in Vietnam, where he was awarded the Navy Cross, the Bronze Star, two Navy Commendation Medals for valor, two Purple Hearts, and ten air medals. He is the author of The New York Times best-selling memoir and meditation, What It Is Like to Go to War. In this deeply personal and wrenchingly candid book, Marlantes combines his own life experiences with insights from history, myth, and spirituality to explain, as rarely done before, the complex emotions of what it’s like to be in combat and what it does to the human psyche. Time magazine wrote, “Raw unsettling honesty pervades the book….” The reviewer for Parameters, The U.S. Army War College journal, wrote: “This absolutely unique and lucid personal account and analysis will be read with profit by scholars, general readers, and most particularly, by veterans of close combat.” Considered to be one of the most important 20th century books about the experience of war, What It Is Like to Go to War is part of the curriculum of military academies around the world.

Marlantes’ debut novel Matterhorn, another New York Times best seller, is set in Vietnam in 1969 and also draws from Marlantes’ wartime experiences. Mark Bowden, the author of Black Hawk Down, wrote: “There has never been a more realistic portrait or eloquent tribute to the nobility of men under fire.” James Patterson, in his Time magazine review, wrote: “The most tone-perfect story about the war [I’ve] ever read. I wouldn’t be surprised if it becomes for the Vietnam War what All Quiet on the Western Front was to World War I.” Matterhorn was awarded the American Historians James Fenimore Cooper Prize for Best Historical American Fiction. Malantes lives with his wife, Anne, on a lake near Duvall, Washington, where he is currently working on Big River, an expansive novel set in the rough world of the Pacific coast logging industry at the turn of the last century.