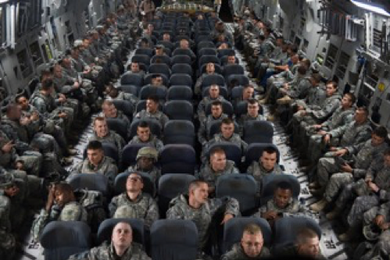 The Challenge of Civilian Life.  In combat, soldiers live in an intensely dangerous, addictively exciting world of warfare, which they may be unable to reconcile with the mundane world of shopping malls and ordinary jobs when they return home. While combat can be the most brutal experience anyone can go through, author and filmmaker Sebastian Junger tells us, people who have endured it often miss it terribly. The veterans he embedded with in Afghanistan told him they worry that the excitement and engagement of combat “has ruined them for anything else.”

Regardless of the conflict, soldiers can be profoundly changed by war and often struggle to adjust to the life they left when they come home. In The Odyssey, when Odysseus returns from the battlefields of the Trojan War, he wonders: “Who are these people whose land I have come home to?” These feelings of no longer belonging are shared in some form by virtually every soldier who has seen combat.

Today, these feelings of estrangement may be exacerbated by transformations in modern warfare and society. In 2015, only 0.4% of the U.S. population served in the military; those who do serve are often housed on sprawling bases, some of them in remote locations away from civilian society. When they come home they scatter across the country, separating from the people who shared their combat experience.

This pattern of isolation stands in contrast to earlier periods of American history. During the Civil War, virtually all of the able-bodied men in a town or county went off to the front lines as a unit, linked together by a shared history, geography, and kinship. They fought together; the survivors came home together, with honor, and were welcomed back into the community as heroes.

Soul repair. Most veterans ultimately make a successful readjustment to civilian life, but others confront the challenges of post-traumatic stress and suicidal impulses. Many carry guilt for being asked to kill by a society that professes to find killing abhorrent, or worse, for surviving while their friends did not.

While post-traumatic stress disorder was only given that label in the 1970s, the struggles it finally codified were as old and familiar as war itself. During the Civil War, men who witnessed the carnage of Gettysburg or Shiloh often returned with a profound melancholy that doctors of the time called Soldier’s Heart. Less than half a century later the impact of trench warfare during World War I was described as “shell shock,” while the brutal combat of World War II introduced “battle fatigue” to the lexicon. More recently, the idea of “moral injury” – the spiritual impact of transgressive acts seen or conducted in war – has gained currency. Author Karl Marlantes observes, “The returning warrior needs to heal more than his mind and body, he needs to heal his soul.”

Skills and service. Many veterans come home healthy, with newly developed expertise and maturity. They often return to a society that doesn’t understand how skills forged in the military apply in the work place, making it difficult to find challenging, productive outlets for talents developed on distant battlefields.

For many veterans coming home, recapturing the sense of purpose and brotherhood they experienced in war becomes a passion. Some are finding continued service and fulfillment through diverse veteran-driven volunteer organizations like The Mission Continues (offering community services and education), and Team Rubicon (providing disaster relief) that can reestablish the intense comradeship veterans often miss. Others choose a post-military career in law enforcement or other field that allows them to continue to serve their country and communities.

Veterans talk about how their service changed them and the challenges of coming home.