In remote locations such as railroad construction sites, lumber camps, turpentine camps, or coal mines, jobs often existed far from established towns. As a pragmatic solution, the employer sometimes developed a company town, where an individual company owned all the buildings and businesses.

In some situations, company towns developed out of a paternalistic effort to create a utopian worker’s village. Churches, schools, libraries, and other amenities were constructed in order to encourage healthy communities and productive workers. Saloons or other places or services believed to be negative influences were prohibited.

In other cases, the company’s motivations were less ideal. The remoteness and lack of transportation prevented workers from leaving for other jobs or to buy from other, independent merchants. In some cases, companies paid employees with a scrip that was only good at company stores. Without external competition, housing costs and groceries in company towns could become exorbitant, and the workers built up large debts that they were required to pay off before leaving. Company towns often housed laborers in fenced-in or guarded areas, with the excuse that they were “protecting” laborers from unscrupulous travelling salesmen. In the South, free laborers and convict laborers were often housed in the same spaces, and suffered equally terrible mistreatment. 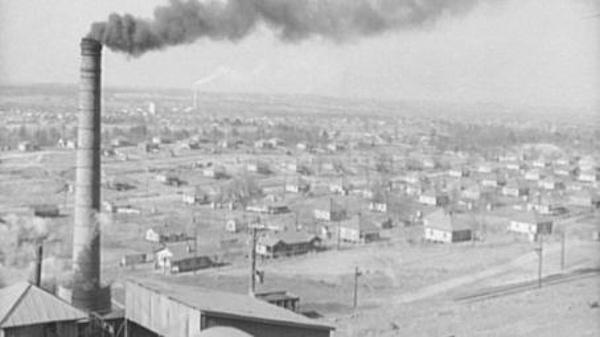 Reflections on Childhood in a Company Town

Bobby Clayton describes the Alabaman company company town he grew up in.

Reflections on the Company Town of Westfield

UW Clemons explains the company town built by US Steel in the 1900s for its workers.

Reflections on a Company Town

Bobby Clayton explains the commissaries and schools in the company town he grew up in.