During Reconstruction, the federal government expanded the vote to blacks in the South, and provided some equal protection to black citizens. As Reconstruction failed, however, white supremacists began to use violence and intimidation to oppress blacks. When whites re-gained control of Southern states’ governments, they began to enact laws that oppressed blacks through segregation and disenfranchisement.

Though the 1875 Civil Rights Act had stated that all races were entitled to equal treatment in public accommodations, an 1883 Supreme Court decision clarified that the law did not apply to private persons or corporations. Confusion about the legality of segregation continued until it was challenged by Homer Plessy.

In 1892, in a planned act of civil disobedience, Plessy boarded a train in New Orleans and sat in the car reserved for whites only. Plessy, a man who was one-eighth black, but classified as black by Louisiana law, refused to leave in order to trigger a case about the legality of segregation. In 1896, after years of trials appeals, the Supreme Court ruled that “separate but equal” was fair, and was not a violation of the Fourteenth Amendment requiring equal protection to all. This ruling signaled the federal government’s and North’s unwillingness to challenge segregation or the oppression of blacks in the South.

After the 1896 Plessy v. Ferguson decision, segregation became even more ensconced through a battery of Southern laws and social customs known as “Jim Crow.” Schools, theaters, restaurants, and transportation cars were segregated. Poll taxes, literacy requirements, and grandfather clauses not only prevented blacks from voting, but also made them ineligible to serve on jury pools or run for office. “Separate but equal” and Jim Crow remained unchallenged until Brown v. Board of Education in 1954 and the Civil Rights Act of 1964. 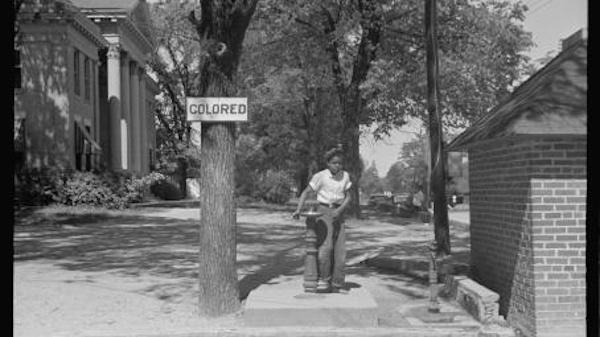 Descendant Dr. Robert Corley on his interest in race relations a convict leasing.

Vanessa Cottenham shares her memories of segregation in Montevallo, AL.

Descendant Tonya Groomes talks to her dad about his experiences growing up in the South.