At the end of the nineteenth century, Progressivism emerged as a political movement in response to significant economic, social, and political inequalities. Though Progressives advocated for many different reforms, the central, shared idea was that the government should lead efforts to change society’s ills. Previously, the general consensus was that social or economic ills were best solved through private efforts. Muckraking journalists and intellectuals publicized these issues through newspapers and lectures, and protesters and activists began to affect modest change across the country.

Progressives sought the elimination of government corruption, women’s suffrage, social welfare, prison reform, prohibition, and civil liberties. While the progressive promotion of public health initiatives and universal education benefitted everyone, especially the poor and immigrants, progressives did not organize to promote black suffrage or equal rights. However, many progressive individuals did fight for civil rights on a smaller scale, and progressive activists, journalists, and thinkers formed advocacy groups such as the National Association for the Advancement for Colored People (NAACP).

When President McKinley was assassinated and Theodore Roosevelt took office in 1901, progressivism became a powerful national movement. During his tenure as president, Roosevelt was a loud and effective advocate for “trust-busting,” the breaking up of enormous monopolies that had controlled prices and prevented competition. He also advocated for fair trade and pro-labor laws, including a decreased workweek, child labor restrictions, and workplace safety rules.

Roosevelt’s attitudes on race fluctuated, though he was generally considered a moderate during his era. As governor of New York, he ended school segregation. Just one month after Roosevelt was sworn in as President, he invited Booker T. Washington, a black civil rights activist, to dine at the White House. The resulting uproar over the perceived impropriety appeared to restrain Roosevelt, who never repeated the invitation. While Roosevelt appointed progressive judges and initially encouraged the prosecution of peonage cases in the South, his administration eventually retreated from these efforts, lacking the political will to uproot the systems of involuntary servitude that existed in the South. 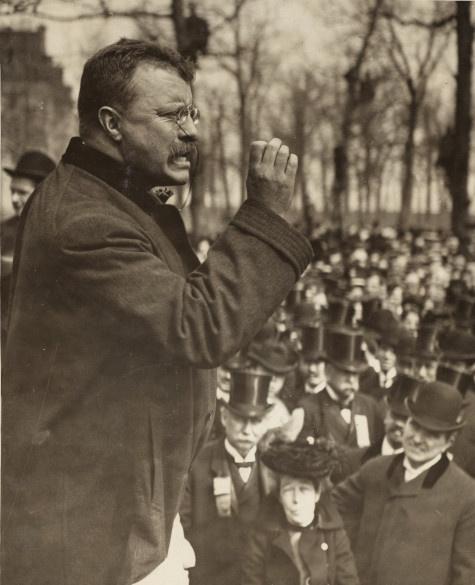 The Rise of Progressivism