Listen to a Preview

In war and in peace, what veterans have done in America’s name is woven into the fabric of the American story.  The new PBS series, American Veteran, illuminates their experiences with a stunning range of veterans’ voices, presented in a primetime television series, a collection of digital shorts on YouTube, and a new 9-part podcast.

Each episode of the podcast revolves around the direct testimony of a single veteran - from a Coast Guard gunner’s mate who manned a landing craft at Omaha Beach on D-Day, to an Army cook in Iraq who became the first Black American woman held as a POW; from an Army nurse in Vietnam who struggled to do her part, to a satellite technician who served as a gay man during the Don’t Ask, Don’t Tell era.  This collection of riveting first-person stories provides a compelling portrait of the Veteran experience over multiple generations.

The series is hosted by Phil Klay, a Marine Corps veteran featured in the “American Veteran” television series and author of the National Book Award-winning collection of short stories, “Redeployment.”

American Veteran is a production of Insignia Films and PRX for GBH. 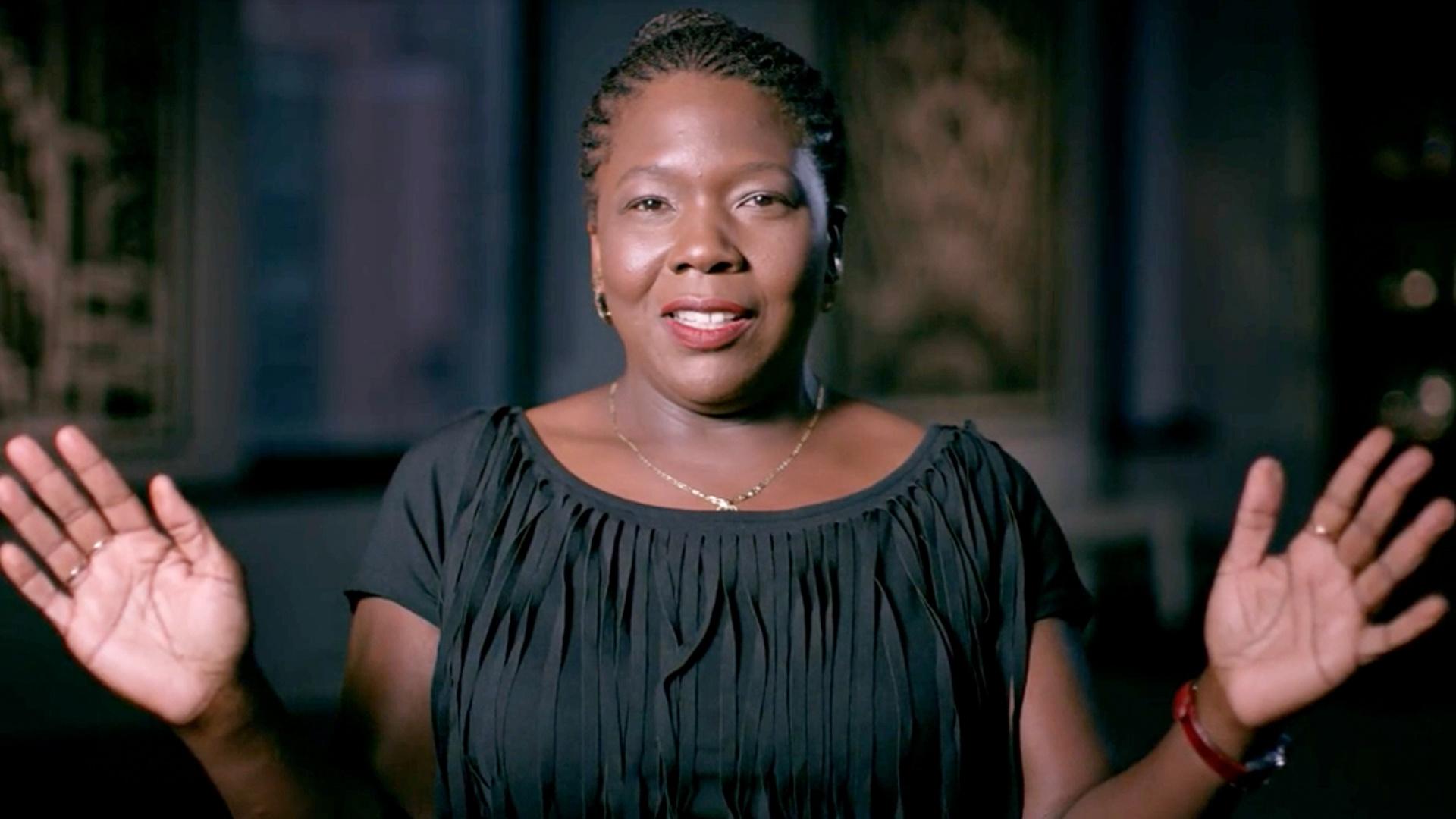 When she joined the Army, Shoshana Johnson figured that she’d “save some money, lose some weight, and come back home.”  It didn’t work out as planned: in her first month in Iraq, working as a cook in a maintenance unit, her convoy took a wrong turn and she was wounded and captured, becoming the first Black American woman to be held as a POW.  But her captivity was only the beginning. 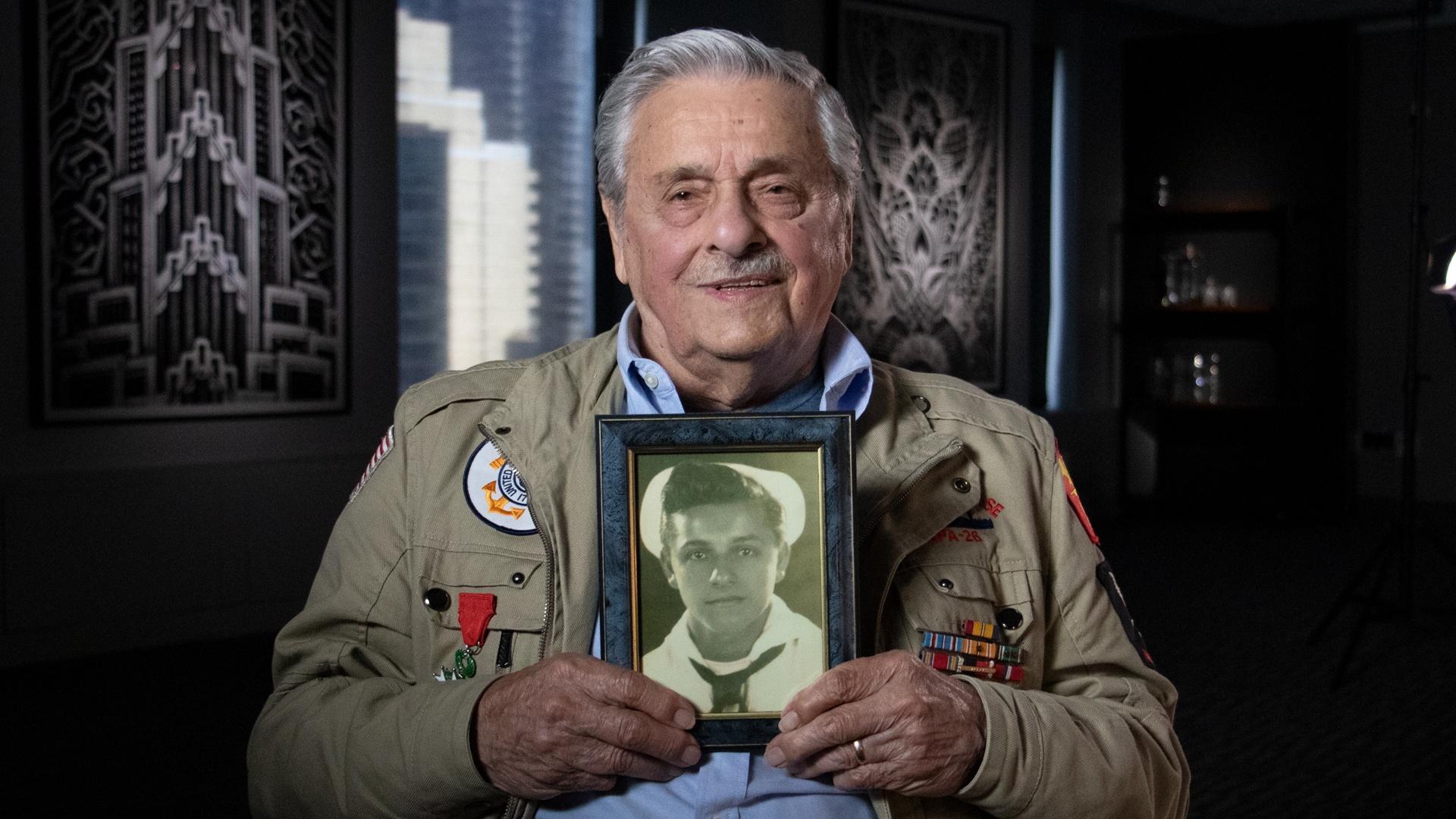 When the Japanese bombed Pearl Harbor, Frank DeVita wanted revenge.  He enlisted in the Coast Guard, his quickest way into service. His mom figured he’d “patrol a beach on Coney Island.” Instead, on D-Day, he ended up on a landing craft transporting soldiers to the slaughterhouse that was Omaha Beach and ferrying back shocking numbers of dead and wounded. It was a story that he bottled up for seventy years. 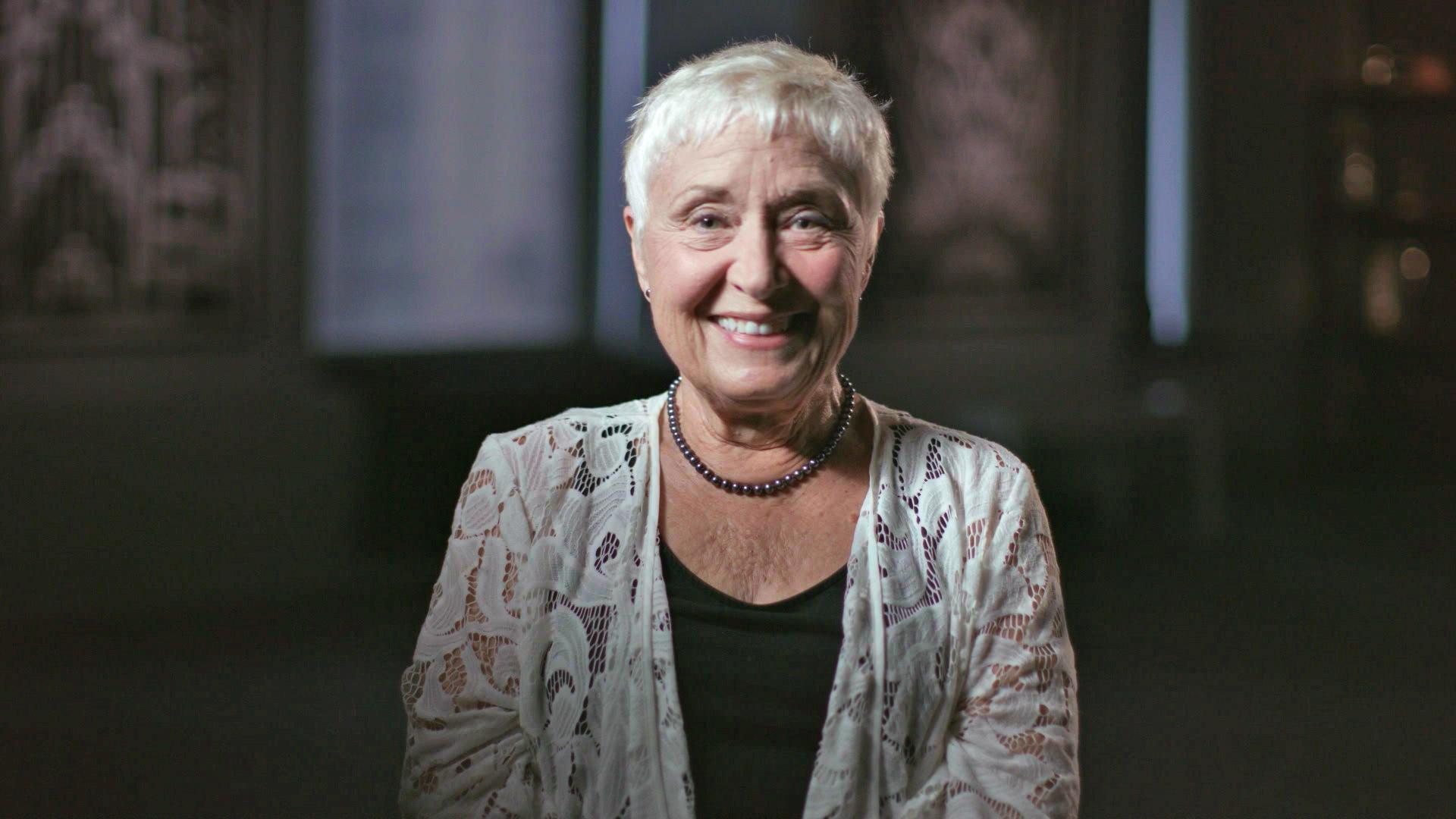 Edie Meeks had two brothers, one who was serving in Vietnam and the other who was protesting the war. She loved them both but decided that if something happened to her brother in combat, she wanted him to have the best care. She volunteered for the Army Nurses Corps, one of 10,000 women who served in Vietnam during the war, working 12 hours a day, six days a week, fighting to save lives and haunted by those who died. 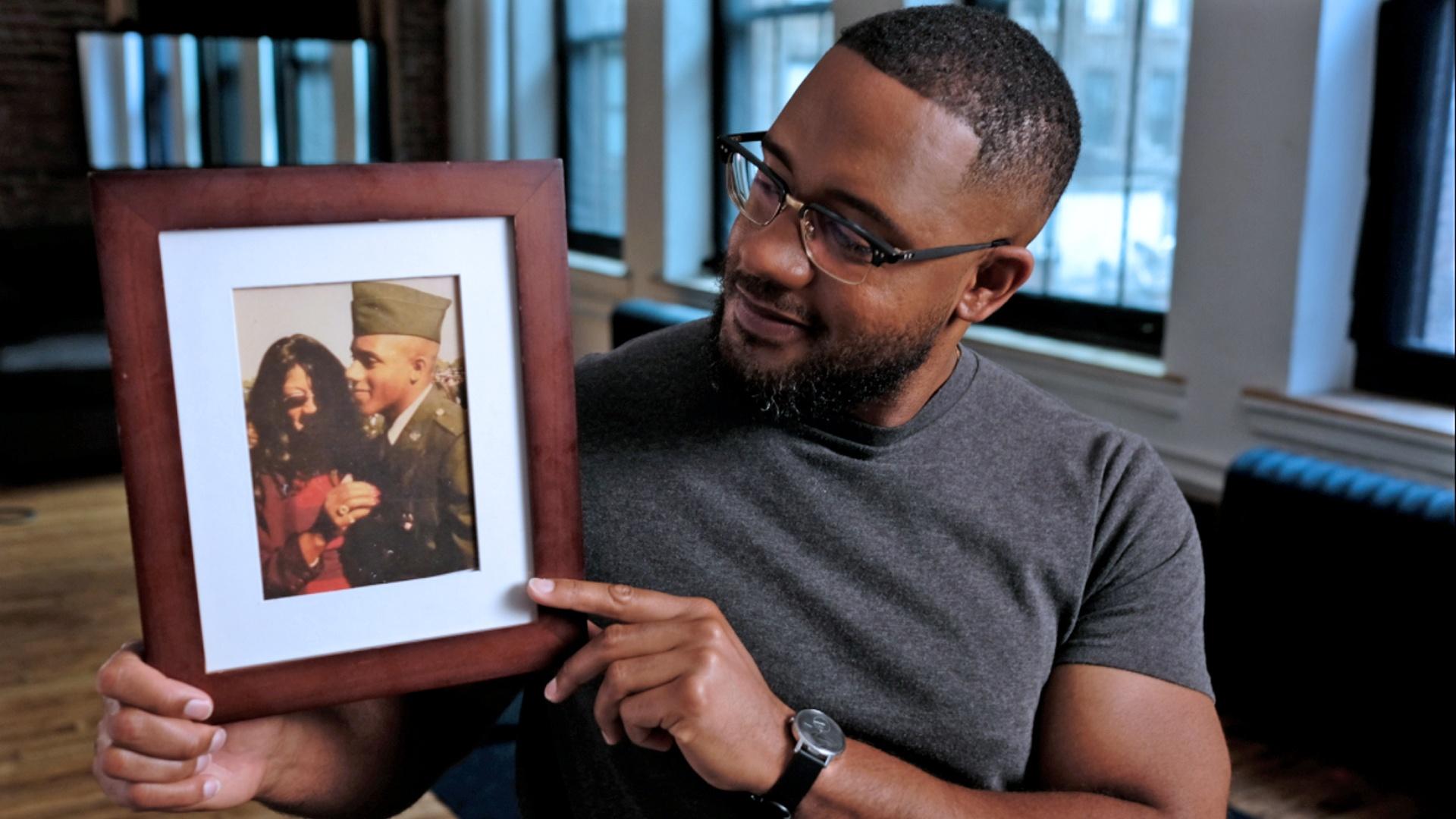 When Brandon Anderson was young and homeless, selling drugs to stay alive, the Army gave him refuge and trained him for a real job.  But as a queer serviceman in the era of “Don’t Ask, Don’t Tell,” it also forced him to live a double life.  His military career ended when his fiancé back home was shot by police. Anderson acknowledged his relationship and requested leave to be by his side. The army’s response would change his life, and his feelings about the military, forever.

EPISODE 5: IT WAS JUST TOO EXCITING 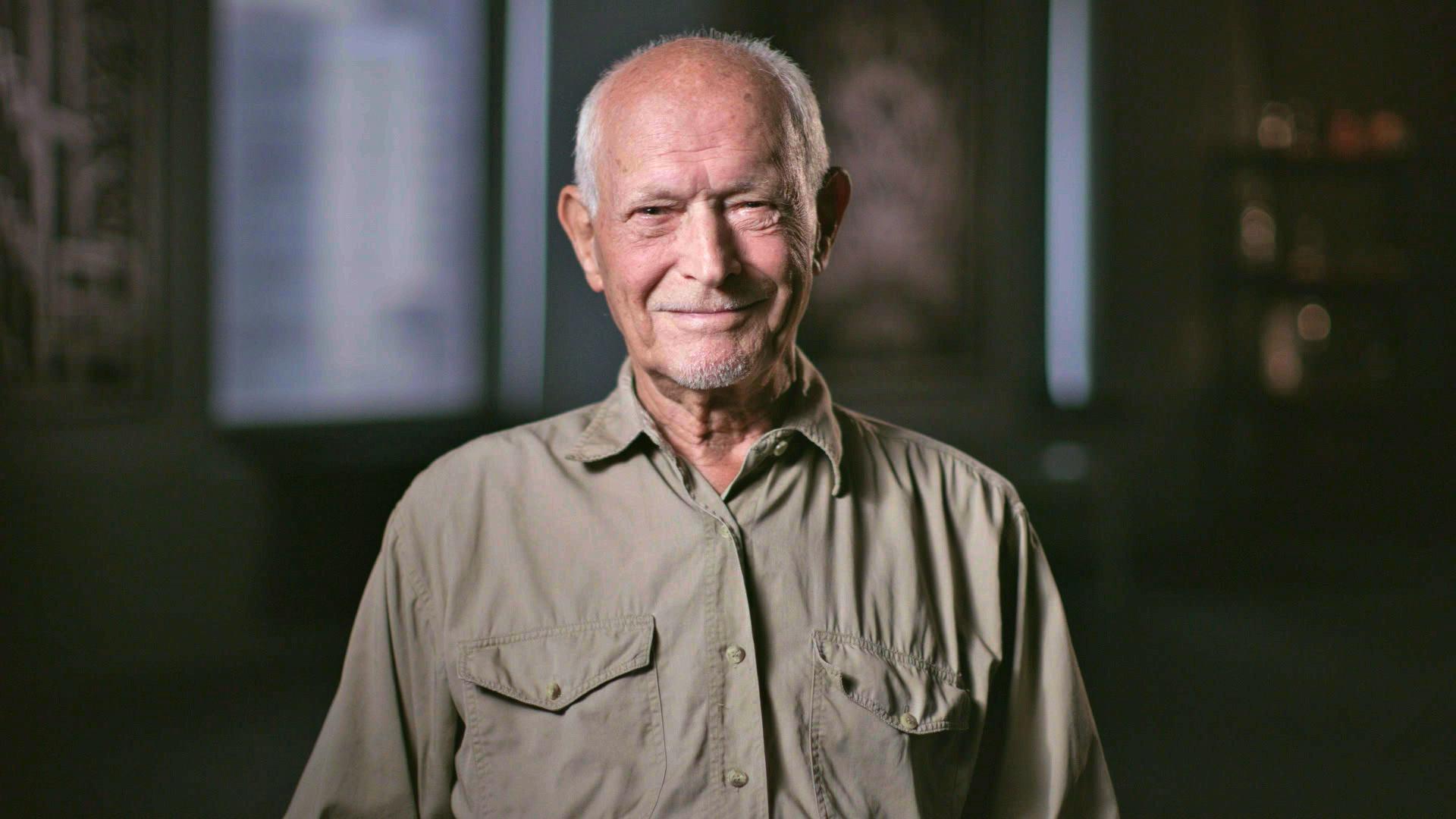 Edward Field grew up feeling out of place in Long Island, New York, a gay, Jewish “interloper.” When he joined the Army Air Corps in 1942, he felt he’d “escaped from a world I didn’t like to one I did.”  Field became a navigator and flew twenty-seven missions over Germany. One mission ended in a crash landing in the North Sea and an astonishing act of altruism. 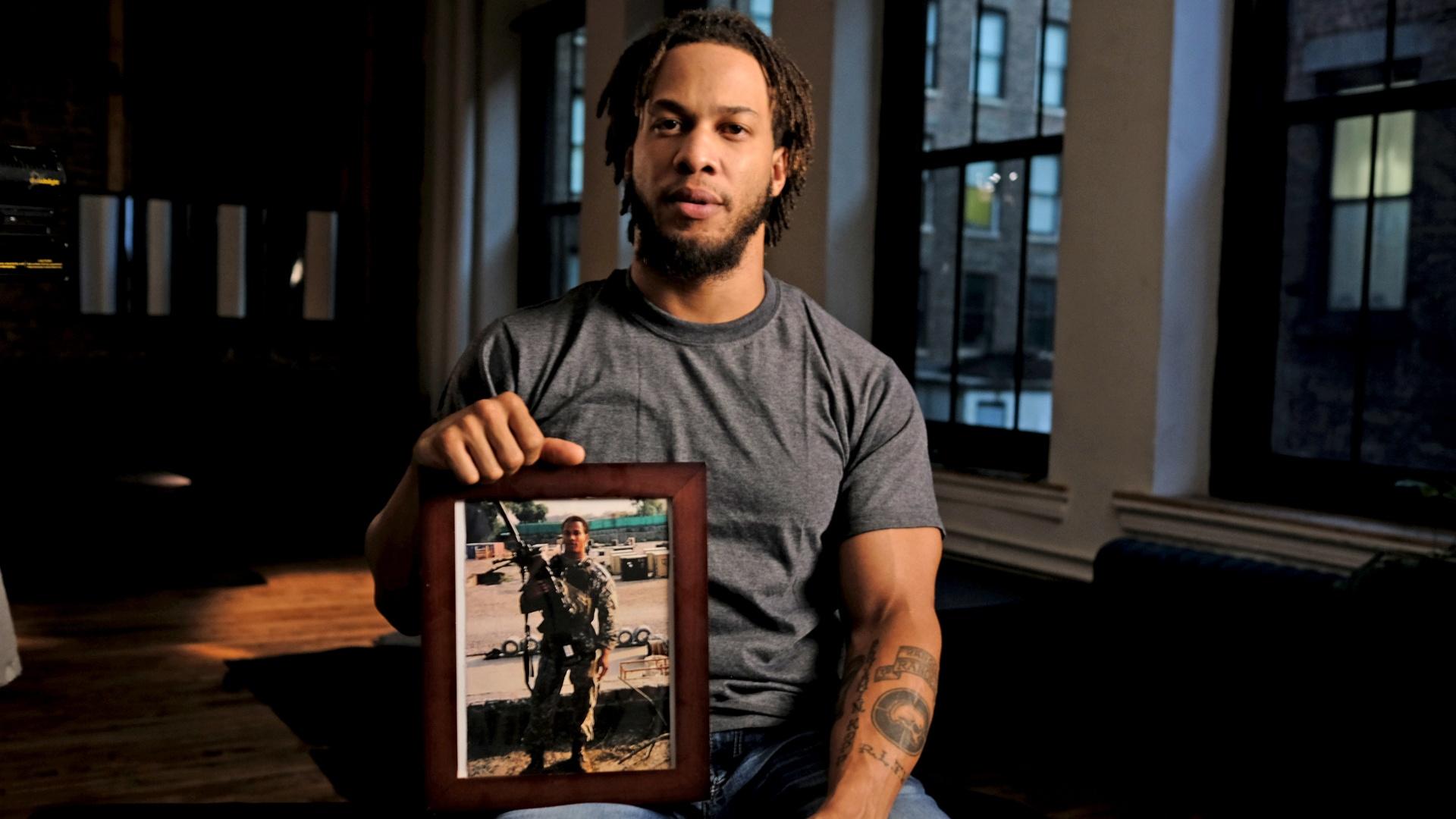 Nick Irving was a member of the elite Army Rangers, serving three deployments each in Iraq and Afghanistan.  He became a sniper and earned the nickname “The Reaper” for his deadly accuracy and high body count. But returning home wasn’t so simple. “Overseas,” Irving said, “I had all the control in the world. I just pull a trigger and anything that was bad went away.” Once he was stateside, he realized that the most dangerous enemies he faced were his own demons. 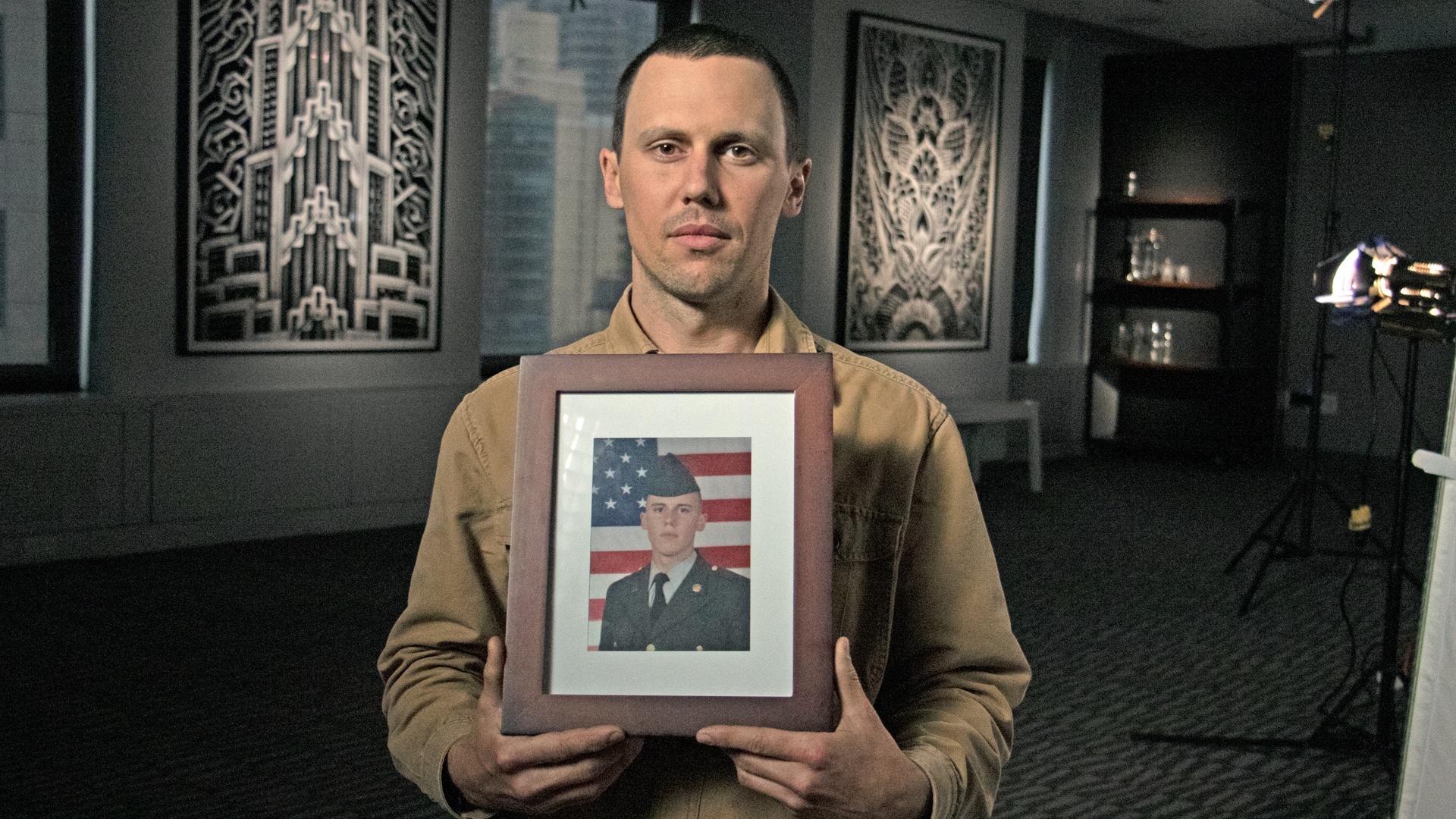 As a teenager watching the 9/11 attacks, Clifton Hicks remembers that it was “our Pearl Harbor moment.” He joined the army as an M1 Abrams tank specialist and deployed to Germany, Kuwait, and finally to Iraq. There, his experiences in combat convinced him that what he was doing wasn’t glamorous or honorable.  He earned the enmity of many of his colleagues by speaking out against the war.  Then he made the risky decision to try and get out of the army as a conscientious objector.

EPISODE 8: THE SHADOW SIDE 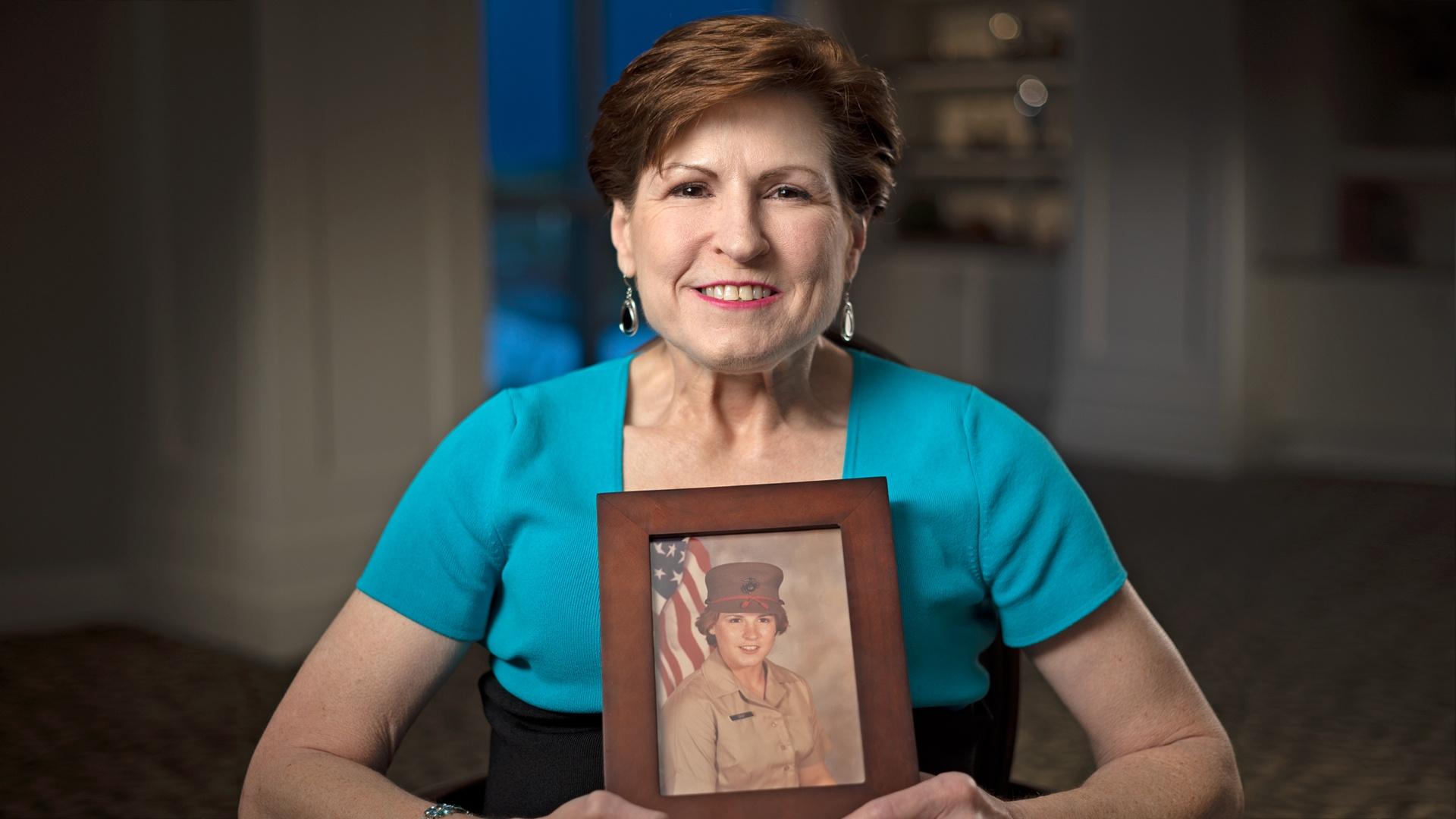 CJ Scarlet wanted to prove she could be as tough as her Dad, a former Marine. Like her twin brother, in 1981 she joined the Corps. She excelled on the rifle range, became an expert marksman, and completed boot camp as an honor graduate. Scarlet planned on a twenty-year career as a photojournalist, but the constant sexual harassment she encountered at bases like Camp Pendleton turned her dream into a nightmare.

EPISODE 9: GET ME AIRBORNE 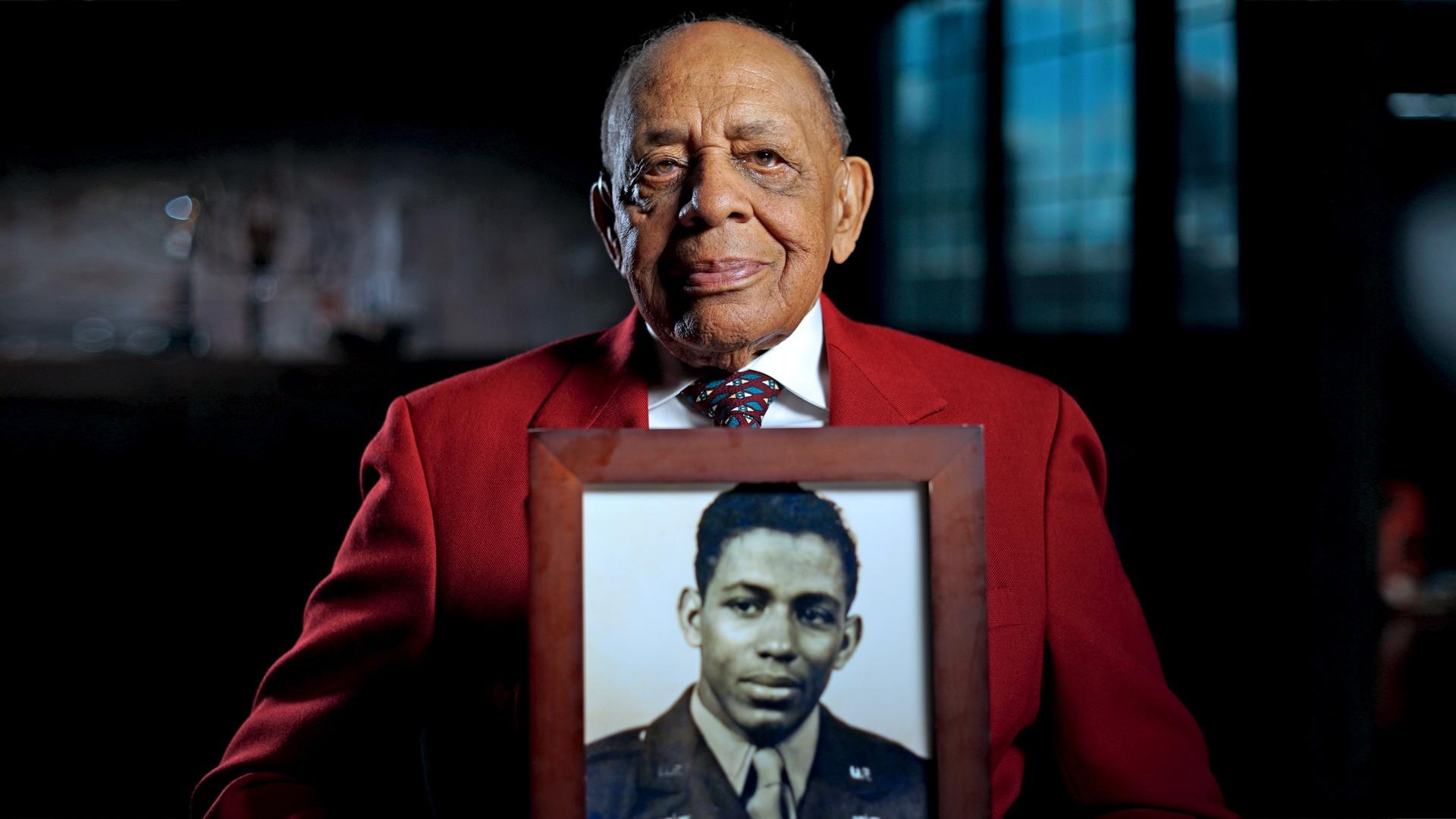 Harold Brown earned his wings as a member of the Tuskegee Airmen, the first Black aviators in the United States armed services.  At the outset of his distinguished, two-decade long career in the military, Brown flew for this ground-breaking World War II unit.  On his 30th mission, his P-51 Mustang was shot down. He survived as a prisoner of war in Germany until liberation. Brown recognized the irony that the first time he experienced integrated living was in a POW camp.