THE ORCHESTRA & THE CONDUCTORS

THE ORCHESTRA AT TEMPLE SQUARE 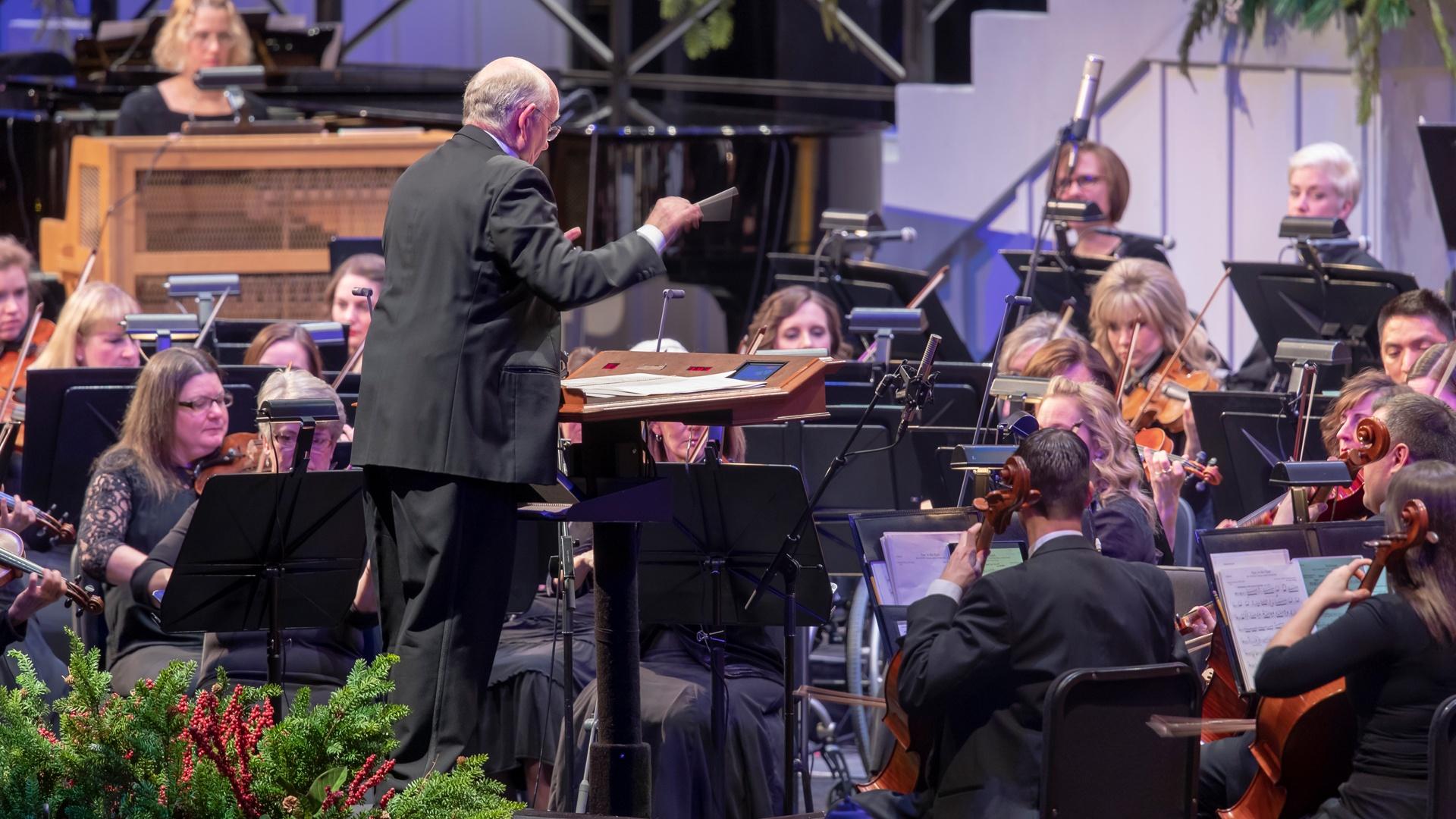 The Orchestra at Temple Square is a 200-member, all-volunteer symphony orchestra organized in 1999 to perform and accompany the musical ensembles of The Tabernacle Choir organization. The Choir and Orchestra, with their incomparable medley of voices and instruments and their shared faith in God, are a significant, recognizable presence in the world of music, giving service through song. More info at https://www.thetabernaclechoir.org/about/orchestra.html.

Dr. Mack Wilberg was appointed music director of the Choir in March 2008, after serving as associate music director since May 1999. Wilberg received a bachelor’s degree in piano and composition from Brigham Young University, and master’s and doctoral degrees from the University of Southern California. He is a former university music professor as well as a former member of the American Piano Quartet.

Wilberg’s compositions and arrangements are published exclusively by Oxford University Press and have been performed and recorded by musical ensembles throughout the world, including at the World War II Memorial Dedication and the funerals of Presidents Ronald Reagan and Gerald Ford.

As associate music director, a role he has held since 2009, Dr. Ryan Murphy’s main role is to assist Dr. Wilberg in the creative direction of the Choir. Hailing from Newtown, Connecticut, Murphy started playing the piano at the age of five with his father, who had been too poor as a kid for lessons. Murphy joined the Episcopal Boy Choir in fourth grade and spent his childhood performing at both the Episcopal Church and The Church of Jesus Christ of Latter-day Saints in his community. By age 11, he soloed in Messiah.

Murphy has a master’s degree in choral conducting from Brigham Young University and a doctorate in choral conducting from Boston University. Prior to his appointment with the Choir, he conducted six choirs in the Boston area, including two choirs at the prestigious New England Conservatory Preparatory School. He served for four years as the choral director at the Walnut Hill School for the Arts, an internationally recognized secondary school affiliated with the New England Conservatory of Music. He was the music director of the Tuacahn Amphitheatre in St. George, Utah, from 2005 to 2007 following five seasons as music director at the Sundance Institute in Provo, Utah. While in Boston, he maintained an active performing schedule, including collaborations at the Tanglewood Summer Festival.