How JPMorgan’s $13 Billion Settlement Stacks Up

JPMorgan Chase has agreed to a landmark $13 billion civil penalty to resolve an array of state and federal investigations into the sale of risky mortgage products in the run-up to the financial crisis.

The agreement, announced Tuesday, represents the largest penalty ever levied against any company, and follows years of criticism that the U.S. has not been aggressive enough in its response to the crisis. Authorities have come under fire for being too lenient in recent Wall Street settlements, but in its agreement with JPMorgan, the government has won a penalty worth more than half of the firm’s 2012 income.

“Without a doubt, the conduct uncovered in this investigation helped sow the seeds of the mortgage meltdown,” Attorney General Eric Holder said in a statement. “JPMorgan was not the only financial institution during this period to knowingly bundle toxic loans and sell them to unsuspecting investors, but that is no excuse for the firm’s behavior.”

Below is a breakdown of how the agreement compares to other major settlements reached in the five years since the meltdown: 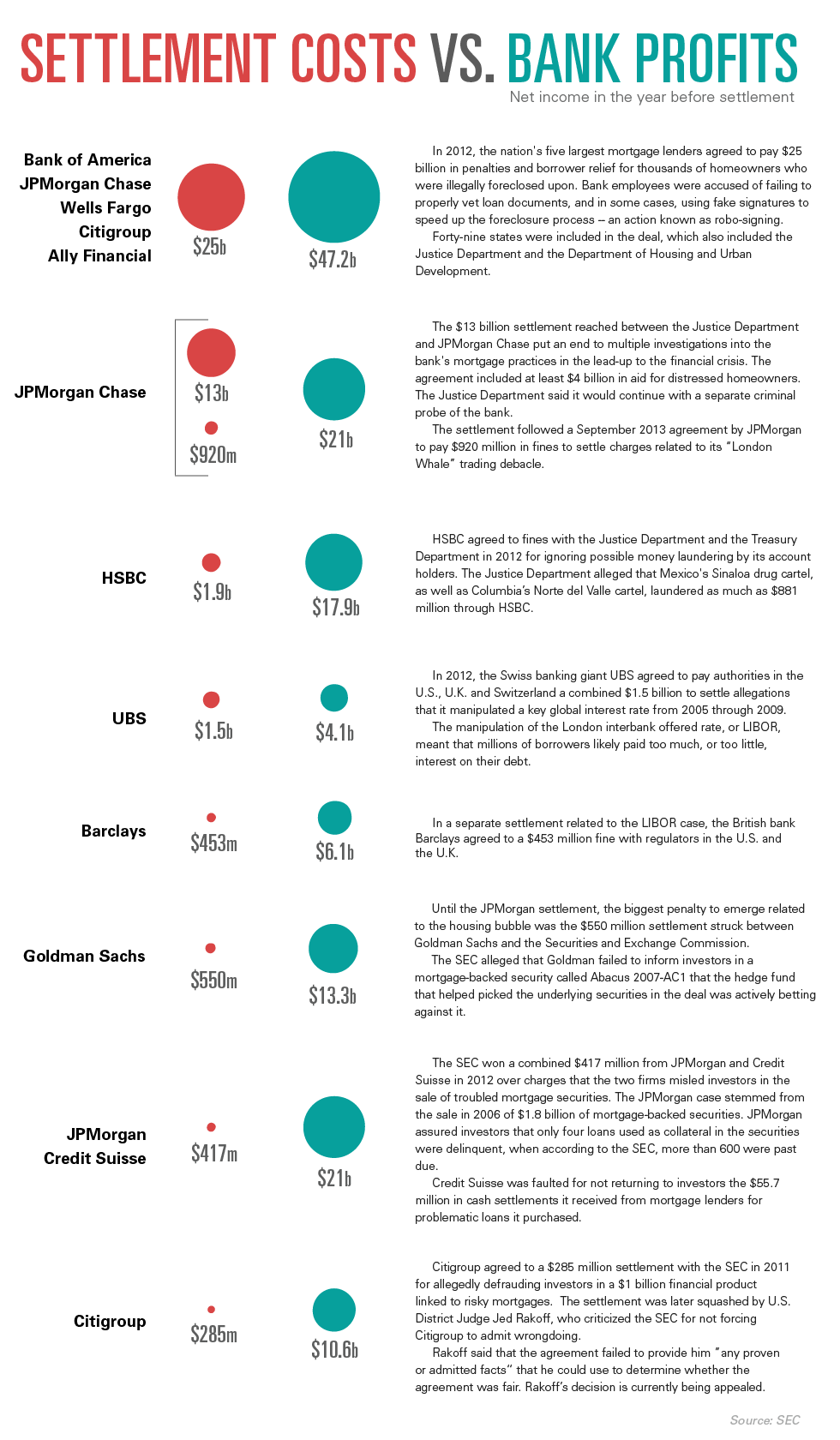 How the Luanda Leaks Were Reported: Q&A

“I Might Die There”: Journalist Najibullah Quraishi on Going Face-to-Face with ISIS and the Taliban in Afghanistan

FRONTLINE and ProPublica investigate a neo-Nazi group that has actively recruited inside the U.S. military.