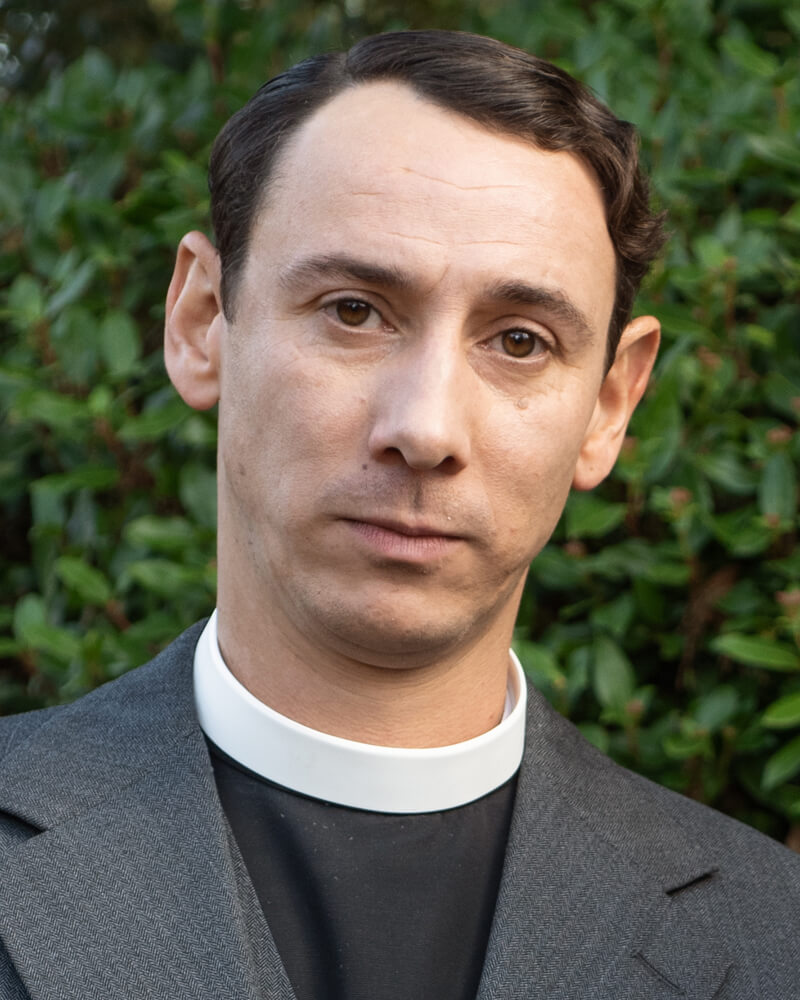 About the Character: Leonard is the well-groomed, buttoned-up curate who tries to mix philosophy with theology. He’s perpetually nervous and very sweet. A closeted gay man, Leonard has been an outsider his whole life. His escape is books.

Where You’ve Seen Him Before: On MASTERPIECE, Weaver played journalist James Edwards in Press and an antiquities museum employee in Sherlock’s “The Blind Banker” episode. He’s also known for his role in the film Colette alongside Poldark star Eleanor Tomlinson, Baptiste and Mrs. Wilson star Fiona Shaw, and Les Misérables star Dominic West.